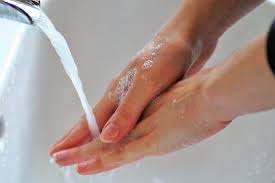 When most Americans think of those who are at high risk for the virus, they think of their grandparents or their elderly neighbors, not usually of people under the age of sixty. But many Americans live with preexisting or underlying conditions that would be greatly affected by Covid-19.

Madi Keller, a twenty-two year old recent college grad from Coon Rapids, Minnesota, is in the high risk category. Being young and seemingly healthy, Keller isn’t what most Americans think of when we think of being high-risk, but Keller has a preexisting heart defect, which could be extremely dangerous for her if she were to catch Covid-19.

“I’m not immunocompromised, so I’m not at high risk for catching it, but I have a preexisting heart defect, so that puts me at a higher risk of being hospitalized if I get it,” Keller said. “So that could lead me to being in the ICU or intubated.”

Dr. Fred Qafiti says that patients with heart defects like Keller have a harder time with the virus.

“There are cases where the virus seems to affect the heart specifically and there is only so much of a beating it can take,” Qafiti said.

Though the main target of the virus is the lungs, the heart has to work harder to pump oxygen through the body. Since people with heart problems may already have issues with pumping efficiently, this poses a large threat to their well-being.

Keller says that the pandemic has greatly affected her life already.

“My anxiety has been through the roof,” she said. “Things I normally wouldn’t be worried about, like standing in line at the store, send me into a complete panic. I had my first panic attack in a year last week and I just was completely overwhelmed with the idea of everything. It’s so much to wrap your head around, and I really struggled with understanding what I’m feeling.”

Keller’s anxieties are validated by Qafiti. Because of Keller’s preexisting condition, she would have a much harder time fighting the virus.

“Your body has only so many resources it can call on to fight infection, and when some of those resources are compromised, it makes it a harder time to fight it off,” Qafiti said.

As the virus has progressed in the United States, Keller has done what she can to stay at home.

“This is my third week of working from home,” Keller said. “I haven’t gone out and about anywhere for the past two weeks. If I go for a walk, I’m washing my hands upon coming inside, even if I don’t touch anything. I made homemade masks in case I have to go out in public.”

In Minnesota, much like in many other parts of the United States, many people are not taking the stay-at-home order seriously. Outside, large groups of people are walking together. Aisles at the stores are crowded with people. Dozens of cars line up in front of restaurants to get their curbside pickup.

According to Qafiti, there are two major reasons why coronavirus is so dangerous. While the first is that there is no vaccine, the second is the silent carrying stage.

“It’s got a course where you can catch it and spread it for several days without knowing you have anything,” Qafiti said. “Somebody who has no symptoms, no fever, can very easily be spreading it without knowing it.”

“Please stay at home,” Keller said. “I think a lot of people have been misunderstanding what social distancing is. I think they think it’s just not hanging out with a group of people in public, but social distancing doesn’t mean that you can have ten friends over at your house. Trying not to be selfish and instead being altruistic during this time is important. If you’re not going to worry about yourself, worry about the sake of others. “

The selfish behavior of the healthier population greatly affects those who are at a higher risk.

“It’s really scary,” Keller said. “I think as more information becomes available, it becomes more real for a lot of people. Unless it affects you directly, you don’t really care – unless you’re educated. But by now, it is affecting everyone’s day to day life.”

For now, Keller will remain at home, trying to keep herself out of danger as much as possible. Her suggestion to those who are not in the high-risk category?

“Take the same precautions that people who are high-risk are taking,” Keller said. “I think people who don’t have underlying conditions think that they’re invincible. It’s stupid because everyday on the news, we see that people of all ages are dying. I think if everyone came at it with the perspective that they themselves were at risk, things would be better.”

Qafiti echoed Keller’s statement. In order to help protect those who are high-risk, low-risk people need to follow what the news is telling them.

“Wash your hands, be safely socially distant, don’t touch your face,” Qafiti said. “Everything you touch has a trickle-down effect.”

High-risk people are people of all ages and appearances.

It’s the job of people who are not in the high-risk category to help protect those who are. Since we cannot identify with the naked eye who is high-risk and who is not, we need to assume that everyone around us is at a high risk. So wash your hands, stay at home, and do your part. It is our responsibility to stop the spread of disease.