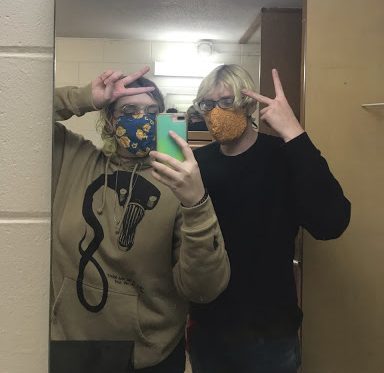 The Semester That Never Was

Having to suddenly leave college was weird for everyone. But things were especially weird for my brother, Sam. Sam started college this semester at University of Wisconsin River Falls, and he was just getting adjusted to college life when he was suddenly told that all students had to leave campus due to the Coronavirus pandemic. About four weeks later, we were finally able to go collect the rest of his things. So this morning, Sam and I hopped in the car and headed across the border to Wisconsin. 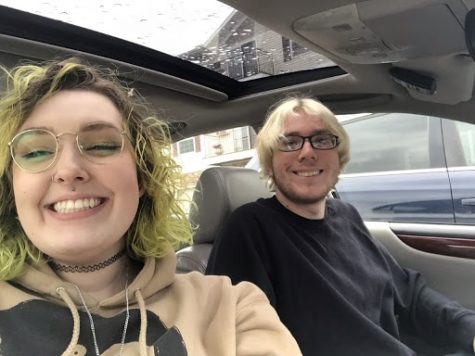 The trip to River Falls from my hometown is just about an hour long, and Sam and I spent the hour telling stories about our campus dining halls, laughing about stupid things our friends had done, and sharing some of our favorite college memories. Even though he was only on campus for a few weeks, he definitely had a lot of fun experiences.

Sam and I have both had a really hard time with online school. While my struggles lie in my inability to keep focused and feeling constantly overwhelmed by assignments, I think Sam’s main struggles have been with the fact that he barely even dipped his toes into college life. He had only a few weeks of in-person classes before he had to make the switch to online, and having barely experienced what college classes are like regularly, suddenly having to adapt has been hard. He’s never taken college finals before, and now he has to figure them out for the first time online. Not to mention that he didn’t really get closure. It was almost like he never started college at all. Now he’s questioning if it’s worth going back next semester. 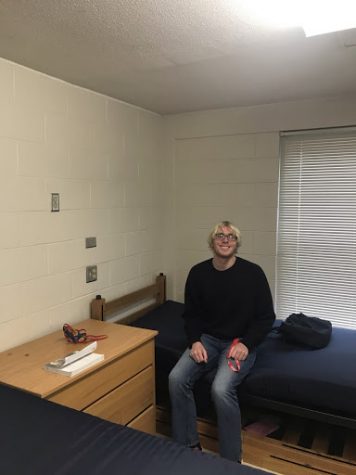 When we got to River Falls, Sam drove me around campus to show me where his classes had been, his favorite places to go with his friends, and where he got the most parking tickets. My semester was set to end a week before his, so I had planned on visiting him when I drove back from Decatur this May. But, since I had to go home early, I never got to see his campus. It was nice to get to see his favorite pizza place, where all his friends lived, and the short cuts he’d take to get around campus faster.

When we got to his dorm, they checked us in and gave us all the instructions. Stairways had been designated as ‘up’ and ‘down’ to avoid multiple people being in the stairways at once. Everyone was urged to stay six feet away from each other. Oddly enough, we were the only people wearing masks.

It didn’t take us long at all to clean out his room. Sam had packed most of his stuff and brought it home when he first had to leave campus, so we were there just to get the few things he couldn’t fit in his car. The dorm was a ghost town- most of the lights were off, and there were only one or two other people getting their things on the whole floor. Sam and I both remarked how it felt other-worldly. We quickly packed his stuff, de-lofted his bed, turned in his textbook and keys, then headed straight to Taco Bell to decompress over some burritos.

I feel bad for Sam. I know he was really looking forward to getting to go to college. Moving away for the first time and getting to really discover who you are is a major part of someone’s life, and Sam got that experience ripped away from him as soon as quickly as it had started. Sam’s a pretty go-with-the-flow type of person, but I know this disruption has been hard for him. 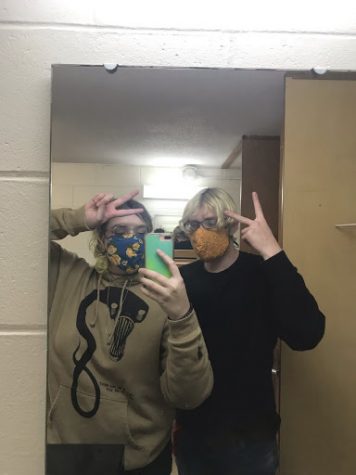 Although this situation has been pretty terrible, I selfishly have to say that I’m glad he’s home with me. Coming back home early and quarantining together has helped my brother and I become a lot closer. We’ve always been close, but experiencing this whole crazy ordeal together has helped us relate to each other a lot more. I’ve been able to give him a lot of advice about school and how to handle this drastic change, and it’s been nice to get to help him out. Even though I’m his big sister, there hasn’t been much advice I’ve been able to give him in the past because we live such different lives. But now, we’re sharing this experience, and being able to help guide him through it has been really special for me. 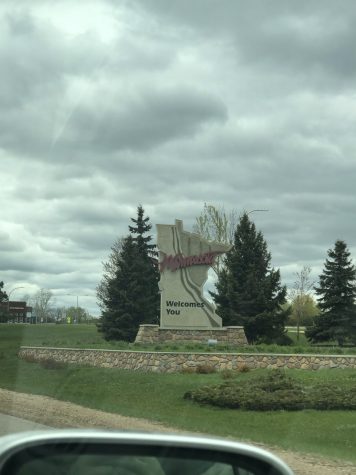 Just like Sam’s college experience so far, as quickly as we left Minnesota, we were right back. We were gone for just about three hours. We would have been back much quicker, but we took our time driving around and seeing more of his not-so-little college town.

Quarantine has been hard. Leaving school has been hard. Not getting to say goodbye to my friends has been hard. Taking classes online has been hard. But I’m not going through it alone. Having someone I can actually talk to in person who relates to what I’m going through has been a blessing. Being able to help him cope with all of this, as well as helping him explore his options when it comes to his academic future has also been a blessing. It’s easier to get through the hard things when you have someone by your side. And, as we face the new challenges that will come with all of this, we won’t be alone. We’ll never be alone as long as we’re together.