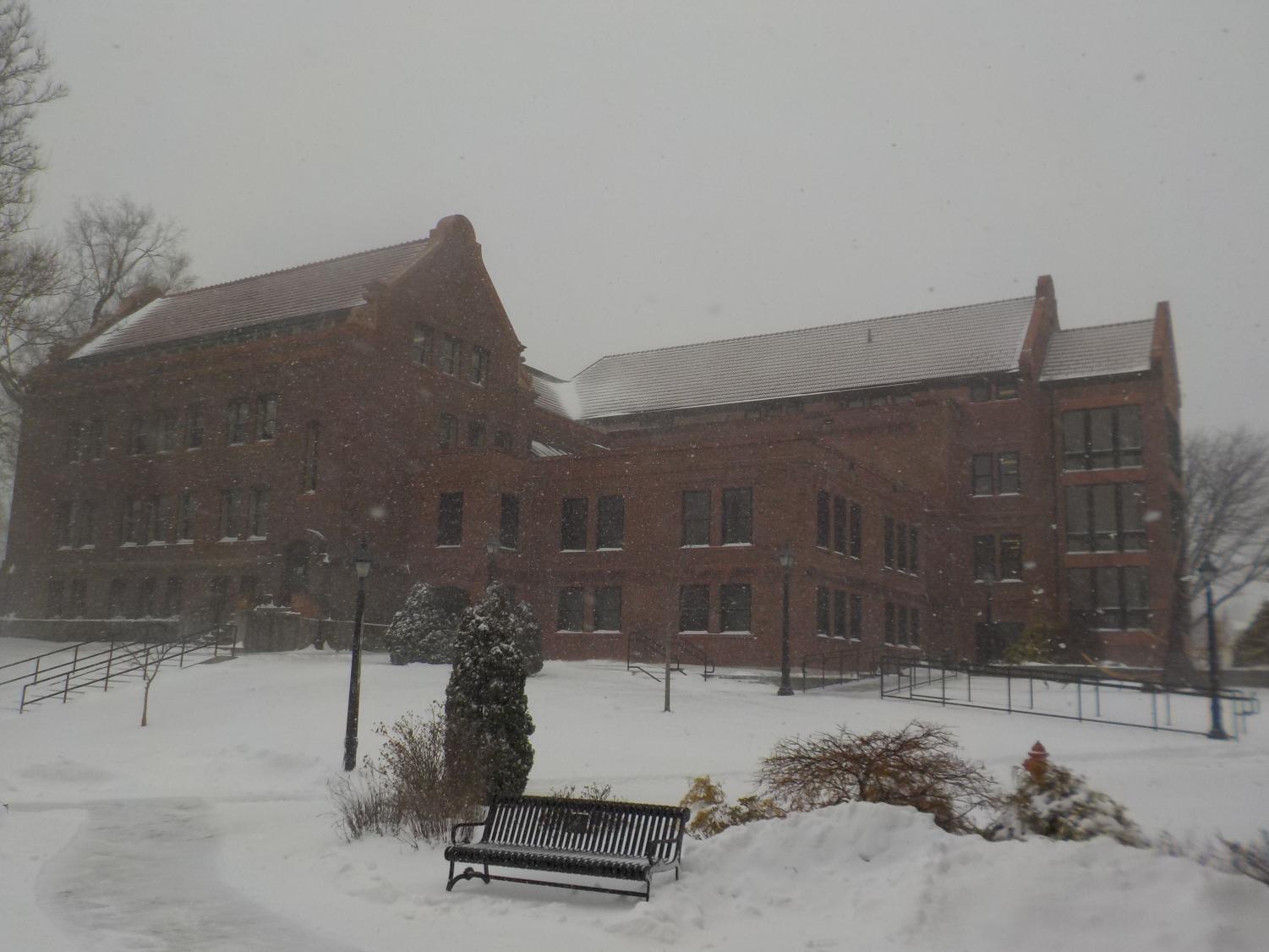 In a continuation of meetings from last semester, which saw students within the School of Music (SOM) expressing dissatisfaction with the way communication is handled, SOM Director Brian Justison has begun the process of establishing a more permanent solution. On Friday, Feb. 18, Dr. Justison and around 10 music students from multiple disciplines met to exchange ideas for what a SOM “Student Advisory Council” should represent.

“I’ve been director since 2017,” Justison said. “I saw that there had previously existed a Student Advisory Council, before my time…It can be a great opportunity to glean that essential feedback from students regarding everything, from larger, paradigm decisions in terms of where the curriculum should be going in any given area, to just, you know, what color of ornaments should we have on our Christmas tree?”

For Isabelle DeCator Bencke, a junior Commercial Music major with a Vocal emphasis, the process of establishing a council also represents a turning point in the dialogue between students and faculty.

“Hopefully we won’t have to bubble over the way that we did last semester,” said Bencke, who participated in the meetings in the fall. “Hopefully, if communication is expected and enforced, then students won’t feel this bubbling sense of…inequality, I guess? And things can be addressed and taken care of, and then nobody has to lose their job or drop out of the program or anything.”

Bencke has been vocal in advocating for accommodations in the choir program, particularly for gender nonconforming and nonbinary students.

“My partner is trans, so it sits pretty close to my heart,” Bencke said. “And I took it upon myself to stick up for her if she didn’t feel comfortable doing so—and she does! But if she didn’t, then I wanted to make sure she knew I was loud and proud and supportive. And I think it’s really necessary. I think it would be foolish for me to push for it to happen and then not show up to the meetings.”

Justison has also stressed the importance of everyone in the SOM—students and faculty alike—participating actively in this process.

“I think what I want to see most is investment in this in terms of just the time it’s gonna take to do it,” Justison said. “Now’s the time when we’re laying the groundwork for this—that hopefully we carry forward—and now’s the time to engage to make sure your voice is heard in that process…There’s quite a wide swath of interest currently, vying to have a voice. And I want everyone to have a voice, we just need to figure out what’s the most efficient way to allow everyone to do that.”

Erin Leone, a junior Instrumental Music Education major, stressed that it’s important for students to remain open-minded throughout these meetings.

“I think that it’s important to remember that people on both sides are human beings and make mistakes and we should be able to recognize and continue to build a relationship in a healthy manner that’s not antagonizing the people on both sides,” Leone said. “I just want to promote positive change, and I think people who are willing to listen to other people’s point of view, and the outside perspective, will have the best success getting their points across.”

Leone also emphasized the importance of focusing on long-term goals, rather than short-term satisfaction.

“It is a very long process to create change…the best way to create change is through a slow process, which always stinks. Because sometimes we just want things so immediately,” Leone said. “But just recognizing that this is gonna take longer than just a year. It’s going to be a lifelong process in the School of Music, and it probably won’t be developed by the time I graduate, but it will get the ball rolling.”

The Director’s Forums will meet every other Friday in Kaeuper Hall at 5 p.m., though this time is subject to change. The next meeting is scheduled for Friday, March 4.

Bencke’s final piece of advice to students and faculty: “Show up!”