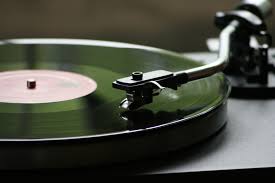 A Review on SAULT’s Untitled (Black Is) and Untitled (Rise)

The past year has brought a deadly virus, racial injustice, and the largest political divide in the nation’s history. From the life-changing events of the coronavirus pandemic to the murders of innocent Black people to the Black Lives Matter protests to the most important Presidential Election in United States history, 2020 was a jolt to the heart. Full of turmoil, tears, and uncertainty.

The world events indicated that a spark was needed. Society needed a light that could set the tone and connect all of humanity.

Music brings people together. Music is a staple in many individuals’ and cultures’ lives. It is a force to be reckoned with and an entity to expand on in moments of hurt and love.

The world required a voice to stand above all. Ask and the world shall receive.

SAULT returned onto the music scene in the nick of time. With a double album release in 2020, SAULT rose and took a stand. The unknown duo most likely consisting of two British artists, producer Inflo and R&B singer Cleo Sol released an invigorating set of music that invoked feelings of displacement, injustice, hate, pain, sorrow, and so much more.

With many collaborations, SAULT incites two records that bring out the terror that is forced on Black people across the globe. These records are moments for the Black community and culture to take a stand and to let their voice be heard. Stories are told and feelings are released.

The listener becomes engaged with the music in a way never before felt.

Untitled (Black Is), the first of two albums, was fittingly released on Juneteenth and approximately 25 days after the murder of George Floyd. Timing for this record happened to be impeccable and rightfully so. From spoken-word interludes to deliberation in each repetitive phrase, (Black Is) is a masterful insight into definitive messaging of the Black community.

The United States is a prime example of a system that fuels itself on a racial divide. Without any substantial evidence as to why such a divide should occur, the U.S. has delivered a dilemma. Or, rather, an epidemic of its own. Aside from the deadly COVID-19, the epidemic of racism has proven to be the most potent of all.

SAULT’s ability to deliver such emotional material in uplifting, insightful, and educative ways shows their musical genius. The musicality of tracks such as “Why We Cry Why We Die” features soulful weeps indicating the title itself and the horror that leads to whimpers and wails throughout the Black community. “Hard Life” presents a spiritual, synthy side to the equation backed by the angelic “Eternal Life,” which sends one straight into the beams of Heaven. “Sorry Ain’t Enough” speaks for itself, yet the lyrics say everything. “Can you forgive your people? / They’re just hurting inside / If you look in the mirror / You will see it’s just pride.” The group confronts the challenges that arise during movements and further describes the turmoil that has become a daily tradition for the lives of the Black community.

Released thirteen weeks after (Black Is), Untitled (Rise) delivers protest music at its finest. It invokes a standard of unity. A hope for unity. For understanding, recognition, equality, and more. (Rise) is the closer for this dual series on racial injustice, but the beginning for the change that must come.

SAULT collaborates with Michael Kiwanuka and Laurette Josiah on (Black Is) yet moves internally on (Rise) for an album that is built on hope. The lead track “Strong” depicts exactly what the title conveys. As the title track, “Rise” indicates a motion forward. To gather and rise up. The upbeat, freedom inspired “Free” allows for the listener to feel just that. Free. And to tell the story of a community that simply wants to be free. Free of all troubles, injustices, and insecurities. SAULT provides moments of terror on the melancholic chorded “Scary Times” then summons heart-wrenching instrumental track “The Black & Gold.”

These tunes are only snippets into the incredible work that SAULT has created and given to the world. This is only the beginning.