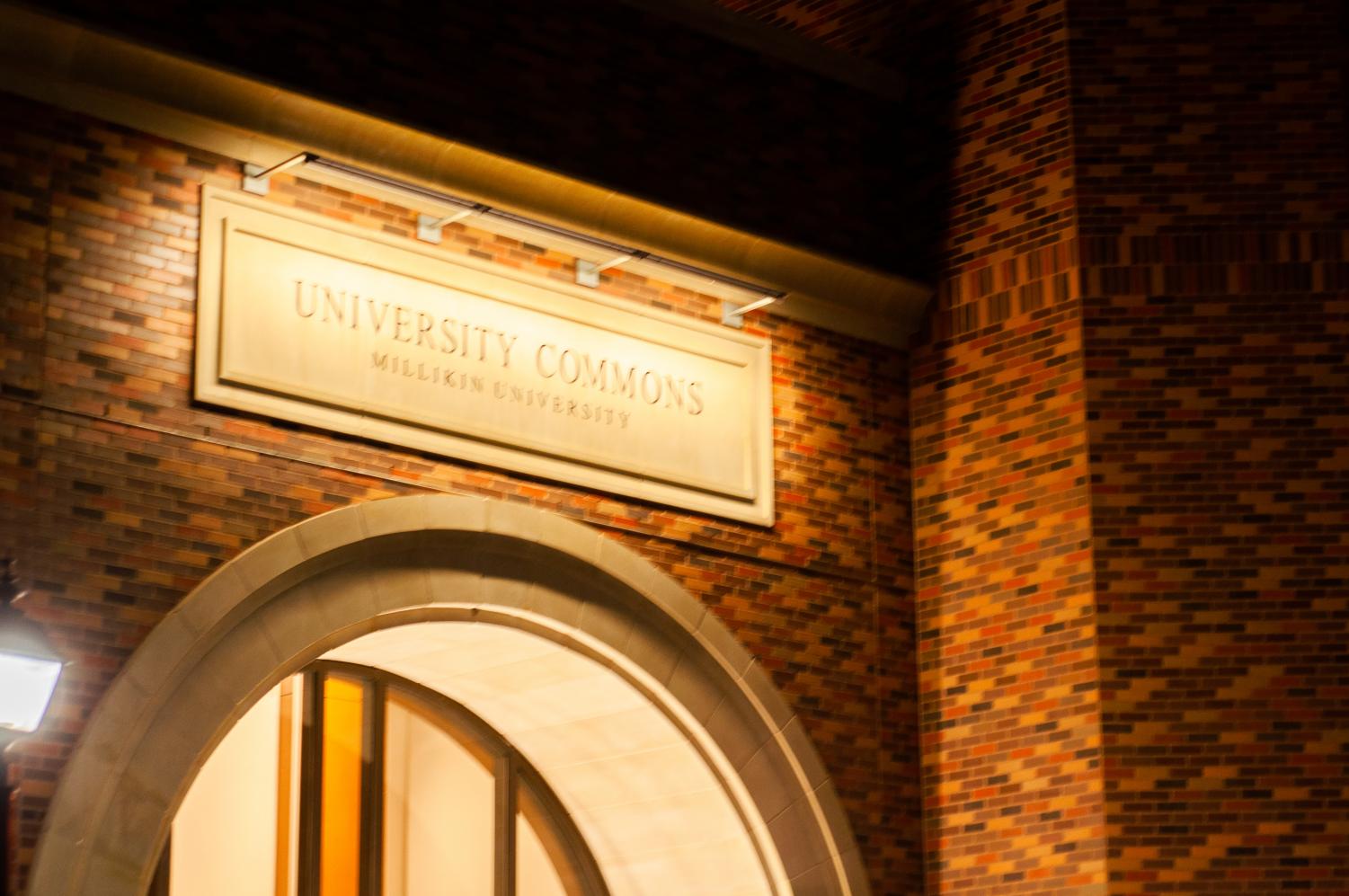 ​For freshmen theatre majors heading to Millikin University’s campus in the fall, the typical “to-get” list includes Capezio dance tights and a reusable water bottle. But now, add specially designed face masks for singers and dancers and all the hand sanitizer you can find, and you’re looking at the first incoming college COVID class.

There are a lot of changes at Millikin this fall, and this is especially difficult for theatre majors. Theatre is a personal and intimate art form that takes connection and understanding between the actors who interact with each other to elicit an emotion from the audience.

“It’s difficult to act with a mask on,” said Hailey Miffit, a freshman BA theatre major. “It’s difficult to convey the emotions, but I think it’ll make everyone smarter actors because you really have to think more, and think how you can still convey the emotions without a mask on and still make the audience feel the same way, but it’ll make everyone smarter actors.”

Miffit is still excited to enter Millikin’s theatre scene, and she maintains a positive attitude and a can-do spirit, but is worried about what may happen in the course of another outbreak.

“Home is really far away,” Miffit, a New Jersey resident, said. “The country could get shut down and I could get stuck there because of the pandemic.”

This seems to be a shared sentiment among freshmen.

​Elizabeth Phillips, a BFA musical theatre major from Kansas, is passionate about getting to stay in Decatur until winter break.

For me it’s about having trust in Millikin’s students and faculty,” Earley-Ochwada said. “I trust everyone on campus will be smart and keep us safe.”

Nate Earley-Ochwada, a BFA acting major from New Albany, Indiana, is worried he’ll be sent home and be stuck in a place without the adequate space or facilities to practice his craft.

“For me it’s about having trust in Millikin’s students and faculty,” Earley-Ochwada said. “I trust everyone on campus will be smart and keep us safe. If I do have to be sent home that’ll be a bummer. I’m nervous about it.”

Millikin has been taking extra precautions to prevent an outbreak of the virus on campus and insure the safety of its students by making many classes either online or hybrid so there is as little contact as possible. In dance studios, the floors are marked so dancers are at least 12 feet apart, and facilities will be cleaned regularly.

This is especially important to Audrey Smith-Phillips, a freshman BFA acting major from Decatur who will be living on campus. Smith-Phillips is immunocompromised, and she is relying on her fellow students to keep her safe. Despite the uncertainty and fear this semester holds, Smith-Phillips is still excited.

“It’s already kind of nerve-wracking going to college in the first place for the first time, so it’s just taking in new obstacles that maybe I didn’t want to have to deal with,” Smith-Phillips said.

When asked if she trusts her classmates to keep her safe, she responded, “When I was trying to get into the program and stuff, I think people care about the well-being of others and not necessarily put themselves first all the time. I don’t go there yet, but from what I’ve seen, I think it’s fine. I trust it, I believe.”

Like others, Smith-Phillips is comfortable at Millikin and believes Millikin is doing everything in their power to educate and protect their students.

“I’m mostly excited about the classes because they can’t stop classes,” Smith-Phillips said. “You’ll still get to meet people that way whether there’s more desks between you or whatever that may be or looks like. So, I think I’m mostly looking forward to that safe, controlled environment since that can be a possibility since it won’t be available in the living spaces.”

Although many freshmen have their fears and worries, the strong energy of hope saturates the image in their mind of what college could be like, even during a time of unrest and sadness.

But there are still some concerns. Liz Fetner, a freshmen BA theatre and performance studies and psychology double major from Braidwood, IL, is afraid online classes will make it harder to make friends.

“I think people are going to be too scared to interact with others,” Fetner said.

“The fact that I’m gonna have to spend a lot of time in my dorm,” Folkerts said when asked what she’s most nervous about. “It is different, it isn’t like you’re out and about with everyone, so I hope I can make those same connections. I know some people in my grade and major already, but meeting other people that aren’t in my grade. I hope I get to form bonds too with having to stay in my dorm a lot.”

Many students considered a gap year only for a few moments before deciding it was not for them. The reason? It’s Millikin. The performance learning environment excites students and allows them to focus solely on what they love. Students get hands-on learning that propels them in the direction they want to go. This is why many incoming freshmen decided to attend Millikin in the first place.

Although many freshmen have their fears and worries, the strong energy of hope saturates the image in their mind of what college could be like, even during a time of unrest and sadness. ”

“When I went to the audition I could see myself with these people, or performing in front of these people and not feeling judged,” Folkerts said. “That was one of the reasons I decided to go to Millikin. It’s probably easier in person to get to know someone and feel the vibe and feed off that vibe while performing, but I guess it’ll just be different online because you don’t always feel that same connection or be with those people every day.”

Phillips agrees, and she has confidence in Millikin.

“Performance learning drew me to this school,” Phillips said. “It’s a lot of hands-on and a lot of great opportunities that aren’t offered at a lot of schools. And for all of the learning, not just in the theatre department. It was a bummer to hear it won’t be what I was expecting because we don’t have that ability now. I know Millikin will find a way to overcome that and find a way to make it still a great experience and make performance learning happen, it’ll just look a little bit different.”

Many students who aren’t immunocompromised are concerned about helping their peers who do have to deal with this extra threat feel safe.

“There are a lot of things I’ll have to keep myself from doing, and as hands-on as I want to be I cannot for my safety and keeping others safe,” Earley-Ochwada said. “But, knowing I keep other people safe by not doing as much as I would like to do, that will keep me from feeling like I’m not learning the best way possible. I am, but now the extent I want it to be.”

Miffit agrees, stating, “I’m nervous about meeting people in general, and it’ll be more difficult to meet people not knowing everyone else’s boundaries.”

For these students, not only is their social life at risk, but the future of their careers and passions. With Broadway being closed until at least 2021 and the theatre world having to transfer to virtual performances, not many actors are working as they typically would be able to when there isn’t a pandemic.

Still, the class of 2024 holds on to that silver lining.

“It’s a little exciting because we get to start something new and overcome whatever is going on, and could lead to some really great art coming from it,” Miffit said.

Folkerts holds this belief as well.

“Once we start to get out of this area that we’re in right now then theatre will thrive again and people will be so excited to get back into theatre,” Folkerts said. “I’m nervous about it but it’s what I want to do, so I’ll find a way.”

As students return to classes, there seems to be a common feeling among all of them. They’re worried about keeping their classmates safe, nervous about making new friends in the age of COVID, and finding a way to tap dance for their classes at home without bothering the entire building.

But there’s compassion, as well.

“If everyone has an understanding of each other then it won’t be as difficult or uncomfortable to get through,” Miffit said. “If we recognize we all have to do this, and do it together, it’ll make it better and easier. If we work to normalize things as much as we can it will get easier as we go along.”