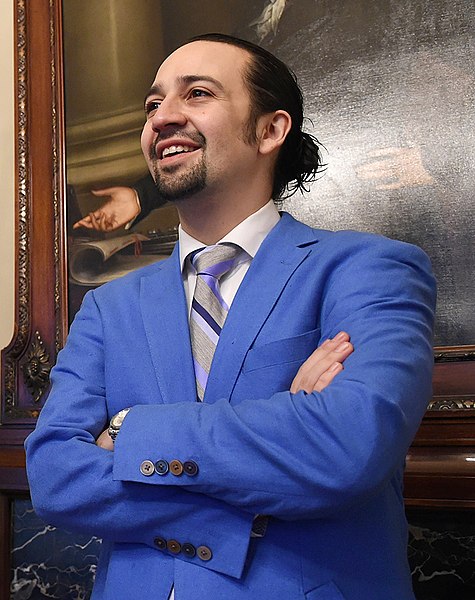 Hamilton the Movie: A Review of the “Hamilfilm”

I had the extreme fortune to see a production of “Hamilton” live at the Richard Rogers Theatre in New York in 2018. My seat was far toward the back but the experience was still amazing, and the actors were incredible.

Seeing the show can be a little strange when you’ve memorized the entire original Broadway cast recording and now it’s a bunch of different actors and voices on the stage. But to be honest, seeing the differences between the recorded version and the actual performance of the original cast is even more astounding.

It’s the difference between crying and laughing. When someone’s face is covered, you can’t always tell the difference. But once you see their expression, it’s hard to perceive it any other way.

The raw emotion in “Hamilton” is incredible. This is something I believe may get a bit lost in a huge theatre. (Maybe not for the people in the front rows, but I’m not rich, so I couldn’t tell you.) And the original cast soundtrack doesn’t capture the emotion saturating the actors’ voices in a live performance.

But the film, released on Disney+ a few weeks ago, provides close-ups of the actors’ faces you could not see in a theatre. And while you may want to turn the volume up for some parts, you can hear every hilarious and/or devastating note.

However, there is something to be said for being in the room where it’s happening. Some of the larger choreography is cut off when close-ups are happening, so some bigger pictures are not quite as visible. But the staging and blocking are incredible in that you never have to wonder who you’re supposed to be looking at, so the camera is always pointing where your attention is likely to be directed anyway.

The ensemble is usually dressed in matching plain colors, and when the main characters are meant to be in the background or are switching between their roles in the same song, they also don the lack of color.

Another thing you get in the play but not the original cast soundtrack are the transitions between the scenes/songs. Sometimes they don’t flow one into the other exactly how you would imagine. And of course, we get the bonus song that was reserved for the stage and not included in the cast recording. (Which, if we didn’t, might save a lot of people from crying.)

Something else people who have listened to the soundtrack but not seen the play will notice, is “Hamilton” is a lot funnier than they may have been led to believe. When I saw the show in New York, I was with my aunt, who had seen a performance in Chicago before. After we saw it together, she was surprised and told me the New York version was a lot funnier than the first one she saw. The delivery changes from actor to actor and performance to performance, but gestures and pauses can add a lot to comedy. And no one can convince me that hearing Eliza beatbox and seeing her do it are not two completely different experiences.

Leslie Odom Jr., who plays Aaron Burr in the film, wrote in his autobiography about an audition he did for a comedy film. He knew to get the role, he needed to be funny. But comedy was not his strong suit. He spent a lot of preparation time with the script and eventually decided to portray the character as seriously as he could. Sure, the piece was funny, but his character didn’t have to know that.

The acting in “Hamilton” is often like this. It’s the serious belief the characters have in what they are saying or doing that often fills the funniest parts.

Of course, “Hamilton” isn’t exactly a comedy. But the show knows that too—and it’s an all-around great show. The pacing is incredible. Everything has a point, there are no filler songs or dialogue, and everything presented is valuable to the whole.

But what’s more impressive than the fast-paced narrative is how well Lin-Manuel Miranda, the writer of “Hamilton” who also plays the titular character, managed to compress it from the original source material. While not all details of the play are factual, the fact that it gets through the story in such a straight line is amazing. “Alexander Hamilton” by Ron Chernow—the book that inspired the musical—is 731 pages long, not including the acknowledgments, notes, bibliography, or index (which brings the total to 818 pages). One seemingly off-hand line in the play can equate to the focus of an entire chapter in the book.

And when you learn more details about the smaller stories behind the actions and dialogue in the play, it opens up a whole new line of interpretation. For example, the line “John Jay got sick after writing five” in the song “Non-Stop,” —he was literally ill and unable to continue.

But Miranda’s brilliance is not the only thing that has made this show a success. All the other actors and people who contributed to the show brought even more to the table. Every actor has a tremendous and unique voice that blows me away every time.

For example, Jonathan Groff doesn’t have much in the way of choreography as King George III, but the miniscule, rhythmic movements of the muscles in his face are a sight to behold. It’s incredible how much stage presence the actors have even when the only thing they’re doing is standing perfectly still and singing. It is a testament to how much time each individual actor spent with their character.

Honestly, there’s no longer any excuse not to watch “Hamilton.” Unless you don’t have Disney+. (In which case, we hope there will be a free trial option for you one day, or you live with someone who does.) It’s fun, it’s different, and it’s relevant. It’s even rated PG13. Before the show became available, Miranda said in a tweet, “I literally gave two f***s so the kids could see it,” referring to the fact that two of the three uses of the word were edited out of the film.

Looking at “Hamilton” through a 2020 lens may be a lot different than the lens we saw it through when it first came out, but it seems to have resurged at an apt time. (Which wasn’t a complete accident with the release date moving up a whole year.) The news has become not just overwhelming, but overwhelmingly negative, and it’s nice to be able to shift our focus to this show for a moment in the chaos. Its relevance has allowed it to become a part of the conversation instead of detracting from more important conversations—while still allowing us a small break from what the reality of our lives is now.