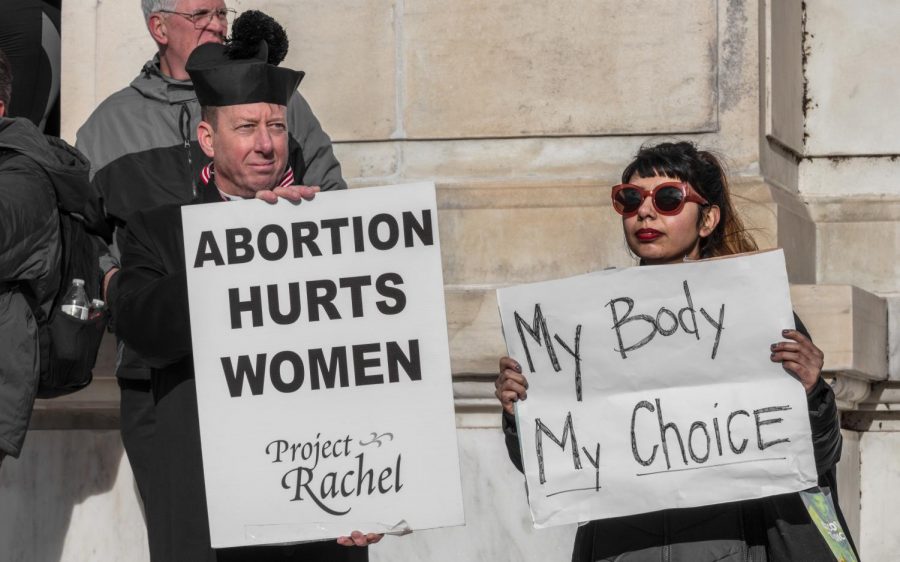 In November of 2019, I wrote an article called “Where Do Men Belong in the Abortion Debate?” In this article, I made my case for why I believed many of the laws and court rulings governing abortion were inherently flawed since they were decided almost entirely by male legislators and judges.

Now, of course, there are plenty of things I would change about that article, chief among them being to affirm that you don’t need a womb to be female.

I stand firm, however, in my belief that people without uteruses shouldn’t get to police them.

At the time, I had naively hoped this would be less of a hot-button issue two years later. Unfortunately, in May of 2021, Texas’s predominantly white male legislature passed Senate Bill 8, one of the most restrictive abortion bans in the entire country, so this remains a life-or-death issue for millions of people.

The bill went into effect on September 1, 2021, and bans all abortions performed after six weeks of pregnancy. The bill was swiftly condemned by scientists and activists alike, and legal challenges arose almost immediately.

“The Act is clearly unconstitutional under longstanding Supreme Court precedent,” said U.S. Attorney General Merrick Garland, who filed a lawsuit against Senate Bill 8. “The United States has the authority and responsibility to ensure that no state can deprive individuals of their constitutional rights through a legislative scheme specifically designed to prevent the vindication of those rights.”

I’m not sure why I continue to get my hopes up when it comes to U.S. politics, but I do. I like to think that in the end, the “good people” will prevail–whatever that means. Time and time again, however, bills like Senate Bill 8 have done their damndest to eradicate every last shred of hope I have left.

The fact that a legislative body, over ⅔ of which is composed of men, had the audacity to create a bill so careless, so reckless, without considering for a moment the vast consequences it would have, not just for Texans, but for the entire country, astonishes me to no end.

No exceptions were made in this bill for rape victims, no exceptions for children of incest. Nothing in the bill was made from anything resembling an objective point of view.

It just proves, once again, that the white male ruling class continues to feel the need to stick its nose into issues which are none of its damn business. I have no problem with a nuanced, philosophical discussion on the merits of abortion, but that’s not what this bill is. That’s not what any of the 91 sponsors of Senate Bill 8 want. They simply want to maintain control over women’s bodies, and be done with it.

If there is to be any progress made in terms of resolving the abortion debate, the discourse surrounding it must shift towards highlighting the only opinions that actually matter: those of people who can get pregnant.

At the end of the day, the views of people who will never fully understand the process of pregnancy–as well as its mental, physical, and financial toll–are wholly insignificant to the discussion.

Now, I know that white men in this country like to make it a pastime to talk over the women in their lives, but I hope that just once, we can collectively agree to take a step back and let them speak for themselves.

I know, I know, asking men to stop talking is a tall order, but I think the only way things get better is by men holding one another accountable. People who don’t have uteruses need to do a better job of ensuring that the voices of people with uteruses are the ones getting amplified.

From 2019 to now, a lot about how we discuss politics has shifted. Unfortunately, the discourse around abortion has largely stagnated. In continuing with the concept of “keeping hope alive,” I will hope with every fiber of my being that people will start to have honest and nuanced conversations about abortion with the people in their lives who actually have to think about it.