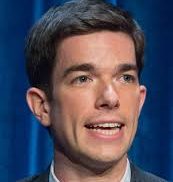 Comedian John Mulaney is in rehab. It’s time to view that as a positive thing.

Mulaney has spoken about his history of alcohol and drug use before, usually in jokes for his three Netflix comedy specials. He got sober fifteen years ago at the age of 23. When the story broke on Monday that Mulaney has checked himself into rehab for alcoholism and cocaine addiction, people were shocked.

Mulaney’s relapse is proof that the seemingly-happiest people can be struggling. It also reveals some of the layers of the COVID-19 pandemic and how it has hurt people beyond catching the virus.

Mulaney is the one who made headlines, but he’s not alone. According to the Centers for Disease Control and Prevention (CDC), 40% of American adults reported issues with their mental health or substance use in June. This is a big increase from last year, and it is likely the result of isolation and anxiety surrounding the pandemic.

Obviously, this time is hard for everyone, and people are struggling. But even though it’s clear that mental illness and substance use are on a rise, these topics are still taboo. Stigma and shame encourage people to mask their symptoms, which makes it harder to notice when the people we care about are spinning out of control.

Mulaney has been sober for years. He hosted Saturday Night Live on Halloween. He was on Jimmy Kimmel Live! a few weeks ago. To anyone watching, he seemed fine.

This news is surprising, and that’s part of what makes it so terrifying.

Check on your loved ones. Check on the people in your life who seem the happiest. You never really know what’s going on in someone’s head. The best thing you can do is show them that you’re there to support them no matter what.

That support can take a lot of different forms, and it’s time that we view every example of self-care—from bubble baths to counseling to rehab—as a good thing.

Usually, our society shames addiction and mental illness. We joke about rehab and make nasty comments about people who are struggling. This attitude toward addiction is not only disgusting but also dangerous. People are shamed into hiding their problems; they don’t receive the help that could save them.

But an honest conversation about sobriety is happening right now. Fans and celebrities have taken to social media to encourage Mulaney and shut down any jokes about his struggle. People are also sharing their own stories of recovery.

Addiction is devastating. People suffer even more when we’re silent about it, when we shame it, when it’s taboo. By sharing their challenges and victories, people are combating this stigma and creating spaces of support. Mulaney, an extremely well-loved celebrity, has inadvertently changed the conversation around addiction by taking the steps to recover.

There’s no shame in struggling. In fact, there’s a lot of bravery in getting help.