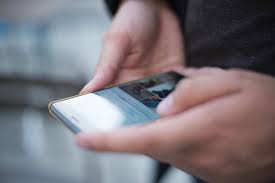 I don’t get on Facebook too often, but when I do, it is usually a wild and sometimes frustrating time.

The other day, I was scrolling through memes and cat videos when I came across an article. It was about a helicopter crash and attacks in Iraq that resulted in the death of 37 United States troops. I was interested in what happened, so I clicked on the article.

The top of almost every article says the date, and this one was no exception. At the top of this particular one, it read “1/26/2005.”

I’m pretty sure my jaw actually dropped. 2005?! How could they have missed the fact that it came out in 2005? I mean, did the person who shared it even read the article?

Users reacted to the shared article with hearts and crying faces. People were commenting on this shared article about how tragic and terrible this situation was. Well, I agree it’s terrible, but also I was five years old when it happened, so it’s 15 years behind me. The worst part is that the post was continually shared from the one I saw.

This incident gave me an epiphany about the misinformation spread on social media. I then began paying more and more attention to articles I saw shared on Facebook and other social media platforms. It blew my mind how many people shared articles that were about important information, but from years in the past.

It almost became a game of sorts to me. Everytime I found a random link I would click on it, just to see how oblivious people are. You would be surprised about how often it happens.

There was one day where I found an article about a bill proposed to Congress. The person who shared it could not believe that Congress would even consider approving it. Again, the shared article had some likes and angry faces, as well as multiple comments and shares.

The article was from 2017. While for some of us 2017 seems like last year, that bill is probably long gone by now. Either it did not pass, or it did and hasn’t affected this person whatsoever in three years.

This issue does not only pertain to political news, but to random, basic everyday articles too.

I remembered how about a year ago, so maybe early 2019, there was a recirculation of an article announcing the death of Gene Wilder. Gene Wilder was a famous actor who starred in movies like the original “Willy Wonka & the Chocolate Factory,” and, oh yeah, he died in 2016.

I, too, for a second fell into the trap with this one until I texted my mom about it and she said, “Hasn’t he been dead for a while?”

When people read these articles and share them as new news, it spreads like wildfire. It has gotten so bad that online newspapers like “The Guardian” have had to take things into their own hands.

“The Guardian” decided to begin putting the date of publication over the picture that goes along with the article. When readers see the article, they will also immediately see the date that goes with it to avoid sharing old articles.

In an interview with BBC News, Chris Moran from “The Guardian” said, “It’s often the case that Facebook users are seeing only the post rather than the article itself. So now, along with adding our logo to trail pictures used by social and search platforms, we are also clearly featuring the year of publication on any article more than 12 months old.”

Should this be the job of the news source? If we deem these articles so important to share, you think we would pay attention to when it came out.

All of this brings me to the point of saying: please, please read the date of the article before you share it on social media. In a society that is terrified of “fake news,” we sure do a good job of sharing, maybe not fake news, but misleading news.

The people who share outdated articles are just as bad as the few people out there sharing fake news. It misinforms people and leads to a more ignorant society. So the next time you find an intriguing news article on social media, make sure it is relevant before you share it.