Are We Desensitized to Cursing? 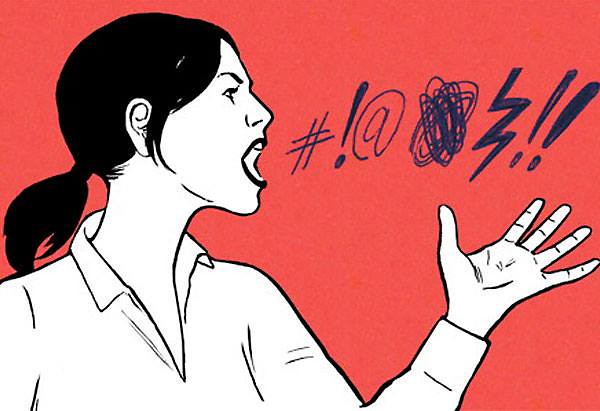 If people twenty or more years ago could hear some of the lyrics of our music today, they would probably fall over. Many songs, especially over the past ten years or so, are heavily sprinkled with colorful language. And by colorful language, I am sure you know that I mean those words that are deemed as “curse words.”

This invasiveness of profane language goes beyond music, though. Words that were previously reserved for a conversation between friends or a whisper under your breath when slamming your shin into a table have made their way into everyday conversation, especially among the younger crowd.

As someone who is consistently in a high school, and will continue to be during my career, I can confidently say that their demographic uses curse words more than anyone else I have encountered, and I am around both adults and college students on a consistent basis. On a personal level, my sister, who is younger than I am and fits into the aforementioned “younger” demographic, curses a great deal more than I do.

I personally think this is because of the increase of these words in popular music, culture, and TV shows. There is also the stigma that cursing is “cool” because it is considered taboo in some situations, which may be a factor in why the younger crowd, who want to be seen as “cool,” use the words more often.

Though the Federal Communications Commission (FCC) and other gatekeeping organizations ban the use of cursing on radio and public television, platforms such as Netflix, Hulu, and YouTube still allow this language to be used in their offerings. People are now more and more liable to watch things on those platforms rather than the regulated cable stations, therefore increasing their exposure to the language and making it more normative.

I think one question that should be addressed is, is it uncouth to use curse words in the professional world? Sometimes, this can be a gray area. During most of our K-12 education, we are taught that these words are inappropriate, and we face consequences when teachers or administration hear them being used.

The gray area begins on the collegiate end of things. I have had plenty of professors at Millikin openly curse and allow the use of these words in academic work because, well, it is considered part of your genuine voice. On the same note, I have also seen professors bristle at the use of this language and deem it unprofessional.

Most professional publications, such as “The New York Times,” have restrictions against using profanity unless it is an extreme circumstance. One example could be if the name of a business or band that is being written about has profanity in their name. This, then – banning the use unless strictly necessary – is one of the reasons contributing to the idea that curse words are unprofessional.

As for my personal opinion, I think our current culture is extremely desensitized to curse words. The amount of exposure we see of these words, even on a daily basis sometimes, quite lessens the shock factor.

I feel myself on both sides of the fence regarding appropriateness. I grew up in the in-between generation where curse words were just beginning to become less taboo and more prominent in popular culture, but in school you would still face harsh consequences when using them.

Of course, I still used the words among friends growing up. My parents and adult family openly cursed around my siblings and me. But I definitely did not curse around adults; I was popped in the mouth by my best friend’s mom for accidentally doing so in front of her.

I think being raised by a generation who did not approve of kids using profane language affected my views. They were raised that way by the “boomers,” and it is certainly a generational trait. My parents never really allowed us to curse in front of them, and I had numerous cousins who got the dreaded soap in their mouths for cursing around their family members.

It is my opinion that using cursing extensively is not professional. It can be sort of crass and can come across as rude. I cannot say that I never curse, and in most informal situations, it is totally fine. But in more formal situations, there are millions of words in the English language to use besides curse words.