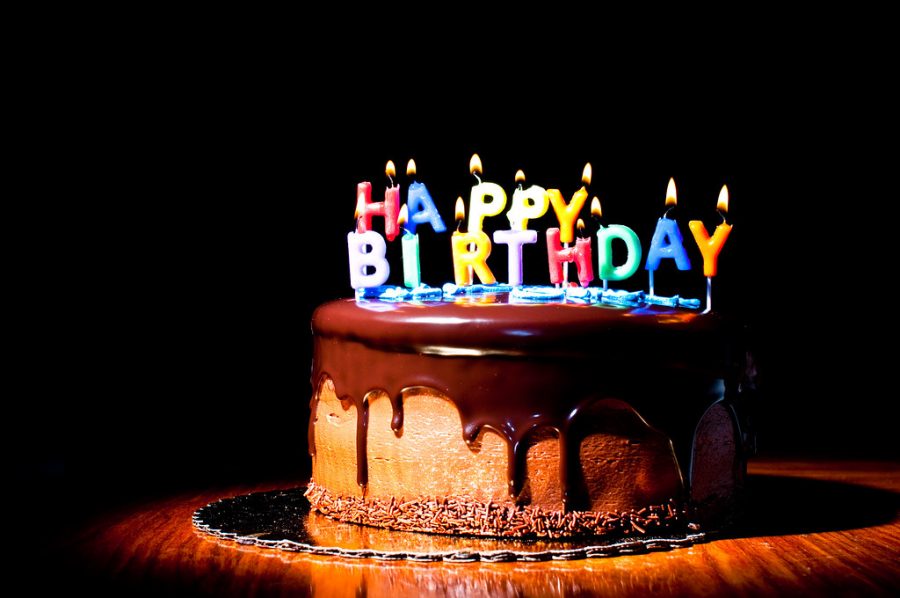 It had been about a year since I’ve seen a Millikin theatre production. For Aly Gabriel, my friend sitting next to me, it was one of her first Millikin theatre shows ever. We were told by one of our SAI sisters that she was performing in it, and that we were welcome to come. Plus, I also knew Tressa Rudolph, the dramaturg.

Even before it started, I knew I was going to like it. Plays are better when you know a few cast members and crew personally.

The show is about a woman named Ernestine. It takes place on her birthday, and it spans several decades. By premise alone, it’s impressive. I do have a few nitpicks about the show, though – nitpicks that did distract from the story.

For instance, I feel like Matt should have been more of a jerk. Maybe it’s the actor, but I couldn’t see Matt as homophobic or even a jerky dad. Granted, there’s only so much you can show when it’s portraying one day over a span of decades, but I didn’t want to hate this guy, even though it seems like the play was written like I should hate him.

If Matt was meaner, it would make Ernestine ending up with Kenneth make more sense.

I’m sorry, but Kenneth is a very creepy character. He didn’t respect her wishes to leave her alone even though he “loves” her, and when he’s not showing up uninvited to her place, he spies on her through his window. By the time Ernestine and Kenneth are in their eighties, I guess little things like peeping on a neighbor from the bedroom window doesn’t matter when you’re that old. Still, it made me feel uneasy for the rest of the show.

In fact, the whole second half after Matt kicks the bucket kind of feels like Kenneth’s fanfiction. Billy, Alex, and Ernie seem flanderized when Kenneth announces his and Ernestine’s engagement. It just seemed a little too happy for my taste. It didn’t help that, like I mentioned earlier, I found Kenneth to be very creepy throughout the whole thing.

To top it off, it seems like Alex and Ernie, Ernestine’s granddaughter and great-granddaughter respectively, were written out of the rest of the story at that point, and that’s a damn shame.

The one character I wish we saw more of, especially near the end, is Alex, Ernestine’s granddaughter. She is independent, loving, and very adventurous. She’s about as cool as the other women featured in the story, and that includes Ernestine’s mother.

Besides that, the woman who played Alex was the SAI sister who told me and Aly about this show. As interesting and nice as Ernestine was as a character, I still kinda felt jibbed that a collective ten minutes of my friend was all I was gonna get that night.

Nevertheless, I enjoyed this piece. I liked Ernestine, the play’s main character. She’s the rebellious teenager who grows into a strong parental figure. There’s one line where she finds out Matt was cheating on her, where she said that she chose to stay with him even when she wanted to explore the world.

I also like the tidbits that get repeated. There’s the ending monologue from King/Queen Lear, Kenneth’s obsession with Pin the Tail on the Donkey, and the cake made with the atoms of creation. Even the goldfish gets to stick around. It rose a chuckle in the best of times and made me feel at the worst of times.

For some of the sadder parts, the narrative hit too close to home for people. The stage-movement narrator mentioned that Billy had gotten Alzheimer’s and that Ernestine was now taking care of him. One of the audience members burst into tears. Although I never had a family member who had and died from that, I would understand the pain of losing a loved one.

The show can get very depressing at times. Somehow, I didn’t mind this. With some families, traditions continue as everyone else in life comes and goes. The sad parts are the only ones of the show that feel very realistic.

Overall, “Birthday Candles” is a good show. Do I wish there was less Kreepy Kenneth and more Awesome Alex? Oh, most definitely. But for what it is, I enjoyed it. And if the term “staged reading series” gives an indication, hopefully Millikin will be seeing more great shows like this in the future.