Sports Bars Can Scale the Cliff 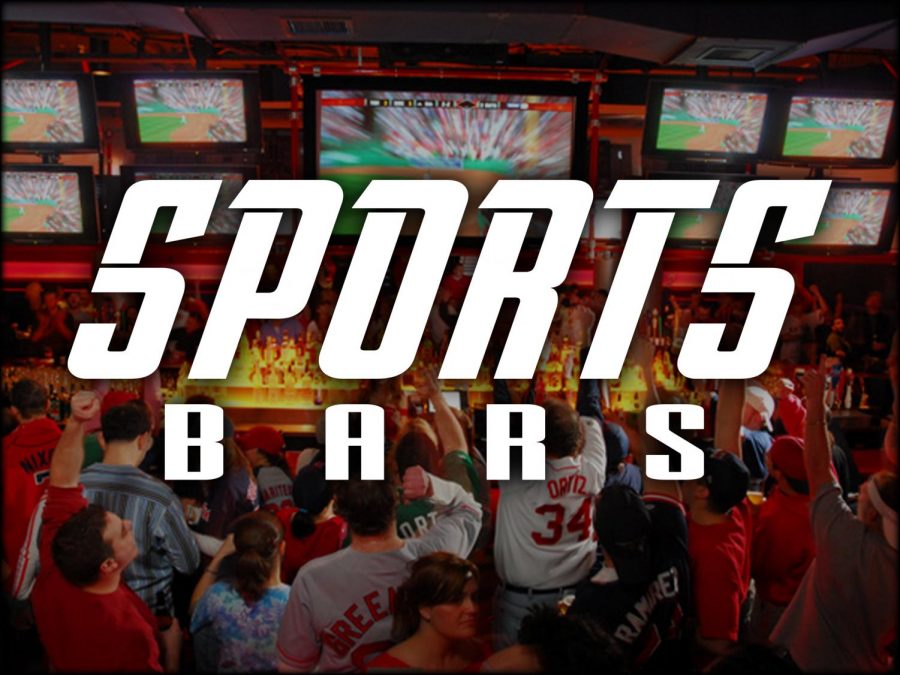 One fine day while scrolling through the Internet sometime last year, I happened to find a picture with a sign for Waypoint 6 Tavern & Geekery that read: “Sports Fans, please be advised this is not a sports bar. [This place] was designed by geeks for geeks to enjoy all of their geeky delights.”

While initially happy about the sign, it also got me thinking. It made me think of all the times I’ve ever been to a sports bar. And more specifically, how many of those times weren’t very good.

Now, we all have an idea of what hell looks like. For some, it’s standing in front of a crowd and giving a speech. For others, it might be cleaning a high school bathroom. For me, there’s a corner in my personal hell that includes a ton of sports bars.

I know what you’re thinking: Why sports bars? What did they ever do to you? Isn’t it a place to go and chill with your dudes, eat, drink, be merry, and all that fun stuff? Well, it is…for some people.

There are two things I’m not really huge fans of: sports and loud noises. With sports, I can sing like no one’s business, but you’d never see me going the distance in a track meet.

As for the latter, it’s been a problem from the moment I was born. Autism. Specifically the part where you can’t stand to be around loud noises.

When you have sensory details amplified up the wazoo, there’s a lot of stuff that comes with it, for better or worse. On the one hand, you get a lot of creativity through minute details. Looking around a room is an instant snapshot. There’s so much detail in every speck of green, brown, orange, and a hint of teal that I just want to absorb it.

But on the other hand, it’s a little hard to focus at times. While other people have it worse than I do, the hyper-attention to detail does become overwhelming in a public setting. And nowhere does it get more challenging than in a sports bar.

For some reason, sports bars have the impulse to release their inner Best Buy. Every corner of the place has to have a wide-screen TV glaring at your face. And of course, the noise blares out like there’s no tomorrow, making meaningful conversations between you and the people across/next to you almost impossible.

On top of that, personal space doesn’t seem to be the number one concern when designing a place like a sports bar. Almost every sports bar I’ve been to has its furniture extremely close to touching each other, making it difficult to move around. Because being able to breathe and move can’t be as important as seeing who’s scoring the winning touchdown.

And, of course, there’s the food. Given my past history with greasy foods, I have to say I don’t like it when I have to have a mint every time I eat something that makes my stomach feel iffy almost immediately afterward.

It’s a place for booze, which means the food doesn’t have to necessarily be good and could be filled with as much grease as the fryer allows. The food also has to have a large quantity of whatever it is. And for someone like me, who eats like a bird, the places would more often than not do nothing for me.

There are times where I would NEVER find a favorite thing to get on the menu. And to me, it’s a shame.

I always take pride in knowing what I want to get before anyone else does. When I peruse through the menu and have to choose a random meal, it’s playing Russian Roulette. Okay, maybe it’s not that bad, but it still sucks to take my sweet time to look through to find what I want. Time I could spend talking about Aristotle, or something.

On top of everything else, sports bars are more catered to men than women. With that in mind, maybe I shouldn’t be complaining about it. But here’s the thing, the only reason you would see me at a sports bar is I’m having dinner with my family. They can handle places like these with no problem, and it’s hard when it’s three against one.

But with all I elaborated on why sports bars suck, would it be better if it were Beatles or Dungeons-and-Dragons themed? Yes, especially the former option. All that considered, however, I wouldn’t be caught dead in a sports bar, even if you paid me.