We Are Not God 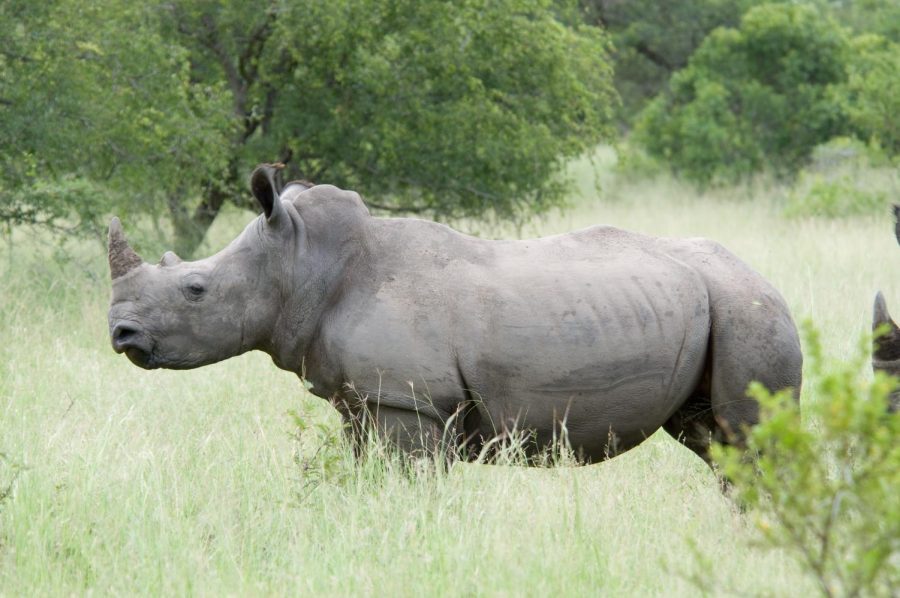 After Sudan’s, the male rhino’s, death there remained two female northern white rhinoceroses, Fatu and Najin. Both the rhinos are being held in captivity, under surveillance in Kenya. With no male, the ability to reproduce and possibly save the species was lost.

There are many reasons to blame for the decrease and then endangerment of the northern white rhinoceros: pollution, colonization of rhinoceros habitats, deforestation that killed the rhinos’ feeding grounds, but most of the blame is aimed at poachers.

Poachers are illegal game hunters that attack and kill animals to make a profit off their natural attributes (fur pelts or elephant tusks). The rhinoceros was often chosen and killed for its horns, which is believed to have healing attributes in certain cultures.

Recently a breakthrough in science has occurred that might recover the dying species. An institute in Italy claims to have successfully created two embryos of the northern white rhinoceros, reviving hope that the creatures lifeline may continue to live.

This is great news for the northern white rhinoceros and all endangered species around the world, not to mention that the technological advancement of the medical field is an achievement to behold. But I believe that we are going too far with our capabilities without inquiring about the consequences of our actions.

The benefits of resurrecting an almost deceased animal is awe-inspiring, and the results of these tests could provide proof of the advancements not only in the medical field but technologically. By recreating one lifeform, the ability to resurrect other lifeforms becomes a possibility as well.

With these capabilities, we could resurrect other endangered animals or have a scenario similar to “Jurassic Park” on our hands. But as most movie enthusiasts know, “Jurassic Park” does not end well for anyone. By creating these advancements, we open an endless list of possibilities some benefiting humanity and launching us into the next decade, while others could destroy the very thing we are trying to protect.

This research and medical development could be used to save several other endangered animals, such as elephants or tigers. But if we continue to use these embryos as a way to replace the dying numbers of animals, it is almost as if the issue that created this endangered dilemma is being ignored.

Instead of trying to stop poachers and deforestation, which kill thousands of these animals every year, we have created a clause that allows humans to not feel guilt over ignoring true issues that kill species of animals every day. Instead of realizing our mistakes and preventing any further damage to our environment, we are now able to continue to kill these endangered animals then play “God” and bring them back again for our own selfish egos.

Another issue about this program is more logical: we are not 100% positive that this trial run will work out or every run after that, and the institute was only able to create two embryos. The genders of the embryos are not disclosed yet, but if they turn out to be two females then we revert to the situation we were stuck in before.  However, if we do get at least one male embryo then the possibility of saving the species is raised.

But this is the risk for every animal that falls into the same area. If something were to go wrong with the embryos, our last resort for a revival of these species would fall down the drain faster than our hopes to reverse the effects of climate change.

Although several organizations are ecstatic about the new hopes that are held in these embryos, there are more than a couple reasons to worry about the outcome.

“Once you create something and put it out into the world, there will always be at least one reason that it will be used for that was not its intended use,” Ed Weber said.

Once this trial run is concluded to be successful or a failure, the information will be documented and used in whatever way they see fit. Let us hope they use it in a good way.