Put Your Money Where Your Mouth Is 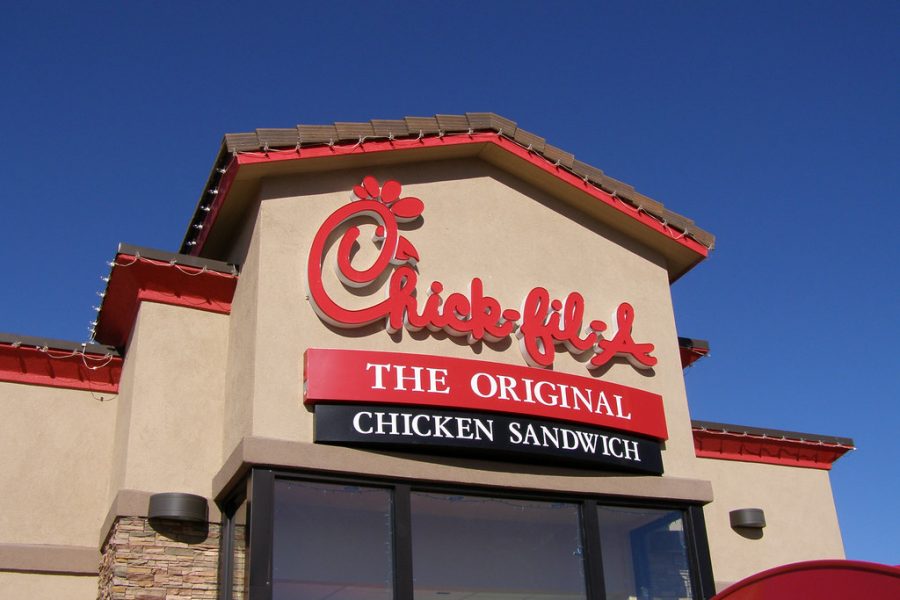 As my best friend and I discussed where to go for dinner, a casual conversation about cheap fast food turned into a political and moral dilemma – at least for me – when she suggested Chick-fil-A.

I hesitated. She pulled up their menu online. I fell into an existential spiral while she read the sandwich options to me.

Most people associate Chick-fil-A with their Christian values. They demonstrate these ideals by staying closed on Sundays, and their mission statement mentions service to God. But that isn’t why I paused at her suggestion.

Chick-fil-A has made headlines in the past because of the company’s religious and political views. Several controversies and protests have erupted around these views.

Chick-fil-A’s CEO, Dan Cathy, has said multiple times that he believes in a “biblical definition of marriage,” and his family has donated several million dollars to anti-LGBTQ+ organizations and charities.

Additionally, the company itself has donated food and money to organizations that are considered anti-LGBTQ+. These organizations’ are known for their opposition to same-sex marriage and their feelings on the “impure” nature of same-sex relationships. One organization, Exodus International, even supported conversion therapy; in 2010, the Cathys donated $1,000 to this group.

That’s all I could think about as my friend told me how great their sauce tastes.

Some people might point out that the customers don’t control the CEO’s money decisions, and that’s true. It’s also true that the Cathy family has every right to donate to anti-LGBTQ+ causes. And it’s true that you can buy a meal from Chick-fil-A without agreeing with everything that the company stands for.

But no matter how much you might disagree with the CEO’s politics, some money from your purchase goes into his pocket. And some of that money goes to these anti-LGBTQ+ groups.

Knowing this, I was immediately wary when my friend suggested that we go to Chick-fil-A. I didn’t want a single cent of my money to help an organization that actively fights against me.

And yet, I didn’t tell her that. I sat beside my best friend, someone I’ve known for over fifteen years, silently hoping that she would change her mind and choose some other restaurant.

My friend is not homophobic. She wouldn’t give money to a charity that touts conversion therapy or a group that questions the legitimacy of my relationships. She knows who I am, and she supports me.

But somehow, people like my friend – liberal, supportive, nonjudgmental – seem to be the ones who are most conflicted about companies like Chick-fil-A. These are the people who tell me, “I don’t support their policies, but they have really good sauce/lemonade/sandwiches.”

This phrase seems to be their way of reassuring themselves of their liberal views without actually having to take action. People like this frustrate me.

The money that Chick-fil-A makes goes toward groups that invalidate my identity, that fight against my right to have a family, that believe I am bad simply because of who I love.

When people know the facts about Chick-fil-A and continue to eat there anyway, it feels like they’re telling me that a sandwich is worth more than my rights.

I don’t care how good their food is. I am more important than a chicken sandwich. LGBTQ+ people matter more than a restaurant’s amazing sauce.

All of this felt so clear to me, but I stayed silent as my friend searched for directions to the nearest franchise. I felt the objection on my tongue and swallowed it.

And a tiny part of me felt ridiculous. It’s just a sandwich, I told myself.

Ultimately, she decided that the drive was too far. I was relieved. But more than that, I was angry at myself.

I’m tired of staying silent about these issues. I’m tired of hiding the fact that I am queer. I’m tired of being afraid that I’ll make other people uncomfortable by being too open or too steadfast in my own views.

Yes, it’s just a meal. But it all comes back to a multibillion dollar company with its own agenda and politics.

From now on, I’m going to put my money where my mouth is.