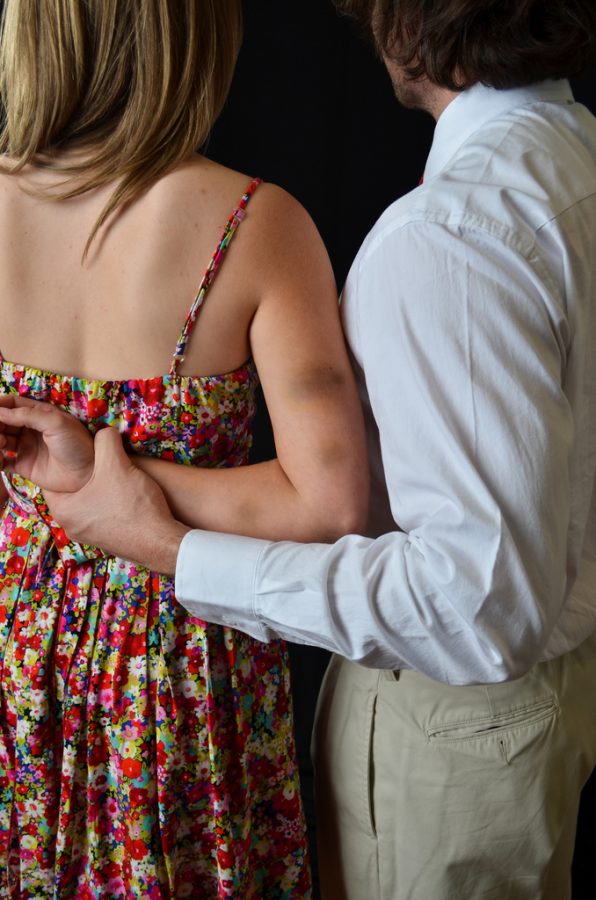 When I first heard about the show “You” on Netflix, I was intrigued. An aspiring writer in New York City, a bookstore owner, and a romance with a twist? What’s not to love?

The show follows Beck, a grad student and hopeful novelist, who finds herself falling for the mysterious and intelligent Joe. But this story feels more like a horror flick than a rom-com. Joe stalks and manipulates Beck into falling in love with him, and – spoiler alert – he kills the people close to her to eliminate any obstacles.

Obviously, I was wrong about the romance part. Like, really wrong. But why are so many people infatuated with the idea of a dangerous stalker? Across the internet, people are discussing how attractive Joe is and shipping the relationship between Joe and Beck.

“Kidnap me pls,” one Twitter user wrote to Penn Badgley, the actor who plays Joe.

Badgley has received many similar responses from fans across social media. He has tried to discourage these fans by reminding them that Joe is a murderer and not someone to lust after. But Badgley’s disgust for these posts is not enough to stop people from admiring his character and the dangerous relationship featured on the show.

Why people are romanticizing this scary subject I’m still not sure.

I wonder if many fans stumbled on the show like I did, assuming that it would be a romantic storyline. The knee-jerk reaction is to view this show as a romance, and a lot of viewers might have started the first episode with the expectation that it would be nothing more than a fun, innocent love story.

But it becomes clear within the first few minutes that something is not right. Joe utilizes social media to learn more about Beck, and he follows her and orchestrates situations where they stumble into each other. Do people think that this is simply a romantic demonstration of commitment? Because it’s terrifying.

This show isn’t the only instance of romanticizing dangerous relationships. In the media, we often justify going to extreme lengths for love. The sweeping music, the longing glances, the final kiss at the end – we watch the same formula unfold on screen again and again, and we dream about having an end-all love like that.

In reality, a relationship like the one between Joe and Beck is scary and manipulative. Joe’s character is seriously unstable, and it’s clear that his “love” for Beck is more of an obsession. It isn’t about commitment. It’s about control.

Not only do we romanticize relationships like this, but we normalize them.

“I’d kill for you,” Joe says to Beck more than once. It’s alarming in his voice, but we joke about the same thing all the time with our friends. We use this hyperbole to replace statements of loyalty and dedication. It’s not a big deal.

But big deal or not, we have normalized this idea of going to extreme lengths for one another. While we aren’t speaking literally when we say things like this to our friends and loved ones, it minimizes the impact when we hear these alarming statements from people who mean it.

Make no mistake: I understand that these are characters on a TV show. But I’m worried about the people, especially younger viewers, who watch this show and never realize that the relationship is not something to model theirs after.

All of this said, “You” is a great thriller, and I highly recommend the show to anyone who enjoys psychological pieces. But let’s try not to lose sight of the scariness of Beck and Joe’s relationship.

Joe is a murderer, not a committed and caring boyfriend. He is obsessed, not in love. Even though we can be distracted by the elements of romance, this isn’t a romantic story. The normalization of intense relationships in the media does not make them normal.

Big gestures are one thing. Murder is another. To all the Joes out there who are trying to woo a girl, I’d suggest getting her flowers instead.