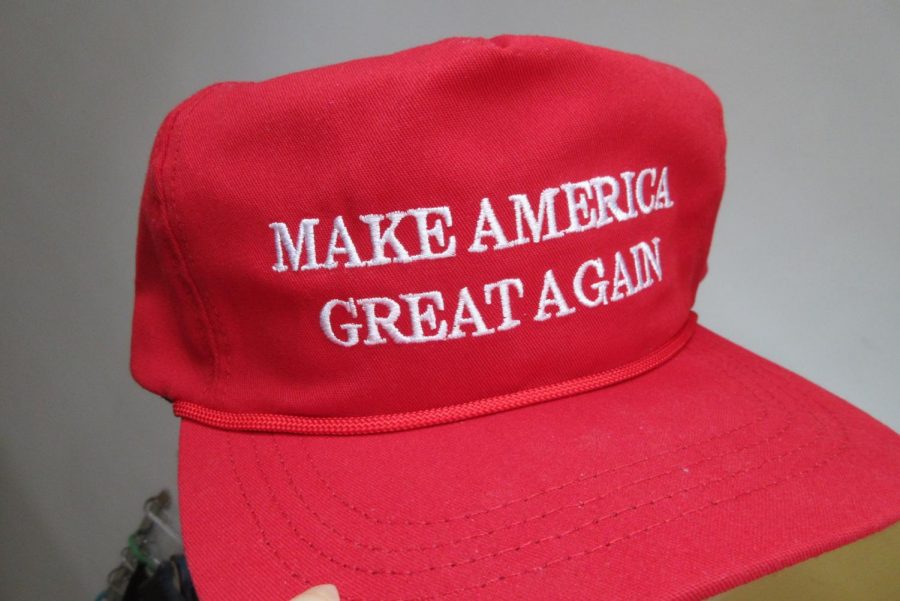 Was Trump referring to the time when millions of African American were enslaved? You know, that time period way back when, when millions were held captive in bondage; when blacks were owned property.

No, maybe he was talking about the time where slaves were counted as three-fifths a person. Slaves who were worked and treated like animals.

Slavery lasted for over 400 years, so can someone please explain how America was great? Oh wait, maybe he was referring to the Jim Crow era. This was the time where racial segregation laws were acceptable. These laws were a continuing effort by whites to assert and maintain white supremacy. They gave white people the high-end qualities of services and the blacks the low-end services.

The oppression of black people didn’t end there. People like Martin Luther King Jr., Maya Angelou, and  Nelson Mandela, among others, were fighting to have their voices heard. They wanted to help end racism in America but they all died before they could succeed. That doesn’t mean their efforts have gone unnoticed. Their efforts are living inside every young black person who wants so badly for change to happen.

How can America be great when there are innocent people getting arrested for simply waiting for a friend?

How can America be great when it’s appropriate for the police to shoot someone twenty times when the only thing in their hand was a cellphone?

The white race seems to be so scared of the black race, even though in some cases they don’t do anything that would cause them to fear. The most commonly used phrase by police is, “I was in fear for my life,” but they never stop to realize that the black people they killed were in fear for their life too.

The question remains that in the instance of Trayvon Martin, Sandra Bland, Philando Castile, Oscar Grant, and Rodney King, what were they in fear of? Were they scared of their skin color, because that’s the only reason why they were killed in the first place?

There are millions who don’t wish for America to be great again, seeing as it never was nor will it ever be great if we continue to allow injustices to occur.

These injustices aren’t just minuscule problems. It’s much bigger than the average person. While one race is protected practically under every law, there are other races who are marginalized. They are constantly being isolated by the country where they live.

You see America has never been the country that practiced inclusivity. This is that same country that is so unwelcoming to minorities such as Mexicans, Native Americans and Blacks. You have people who are yelling at Mexicans to go back to a country that some may not have ever even been to.

How is it so easy for a white person to be so comfortable in a country like this? The country where people who are citizens just like they are under attack?

Take some minutes to yourself and think about this. Is this right? What can we as a country change? What can we as individuals do to make a contribution to being a more inclusive country?