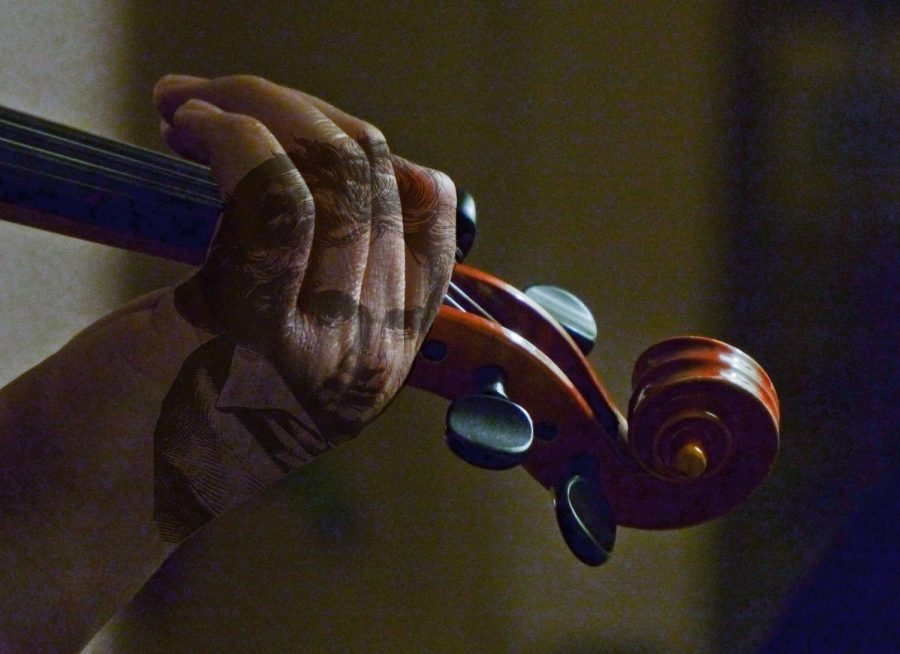 No matter how much someone claims that they hate classical music, everybody has heard of Beethoven. No, not the lovable St. Bernard, but the composer who overcame many challenges to become the respected musician he is known as today.

Ludwig van Beethoven’s compositions changed the musical world. A lot of people recognize his work after hearing only a few lines – that’s how famous and amazing his music is. He is widely celebrated, and he deserves all of the praise he gets.

Beethoven’s work is complicated and raw. It is somehow both measured and emotional. For example, take a minute to listen to “Moonlight Sonata.” This work is beautiful and fragile in some places, violent and angry in others. It captures emotions that can’t be described in words.

The way that Beethoven set emotions to music is the feat that made him famous. Listen to his music, and you’ll feel something. It will move you. His works are definitely impressive, but that’s not the only reason why Beethoven should be celebrated. The challenges he overcame in his personal life tell a story of resilience.

Beethoven began studying music at age five. His teachers were often intense and even cruel, but it soon became clear that Beethoven had the makings of a skilled musician. He began playing concerts, and he studied under some of the biggest names in music.

At age sixteen, Beethoven traveled to Vienna to study with Wolfgang Amadeus Mozart, but he was forced to return home when his mother fell ill. She died shortly after, and his father spiraled into alcoholism. Beethoven was left to care for his two younger brothers and provide financial support for his father.

Despite these difficulties, Beethoven’s career progressed. He studied under Joseph Haydn and worked to perfect his compositions. He became one of the most famous and well-respected composers in Europe.

But just as his career was rapidly advancing, Beethoven hit an all-time low. As early as his late twenties, he was losing his hearing. Eventually, he would become almost completely deaf.

This gradual loss of hearing was devastating to the man whose entire life was built around music. While he could still compose, he couldn’t hear what he was playing. He knew that his concert career, which had served as a source of income, was nearing an end. He loved music, and it was disappearing from his life.

Desperate, Beethoven wrote a passionate letter to his brothers. In this letter, called the “Heiligenstadt Testament,” Beethoven contemplated suicide but ultimately decided to continue living for music.

Following this, Beethoven went on to write some of his most famous pieces. He was almost completely deaf, but he continued to compose and play compositions that would become some of the most famous works in classical music. He lived to have a fulfilling life and career.

Beethoven gets a lot of hype, but it’s totally deserved. His music is incredible. Technical, challenging, and emotional, his works have received worldwide fame and appreciation.

Not only is his professional success admirable, but the struggles he overcame in his personal life are even more so. Beethoven had a tumultuous childhood and adolescence, but he worked to be happy and successful anyway, proving that the circumstances you’re born into don’t dictate how the rest of your life will play out.

Beethoven also overcame a challenge that he didn’t think he could survive. When he lost his hearing, he was so devastated that he considered suicide. It was the biggest struggle of his life, but Beethoven decided to live and improve his music career.

In fact, his later years produced some of his best works. Beethoven’s decision to continue living and doing what he loved demonstrated his resilience, and it’s an encouraging story for anyone who feels like they can’t keep going. You can find success even when it seems impossible, and Beethoven is a real example of that.

Beethoven’s contribution to the music world is impressive, and he should be remembered as a technically-skilled composer who showed a great command of emotions in his music.

But most importantly, Beethoven should be remembered as someone who overcame some serious struggles. He had a sucky beginning, and he faced a disability that almost brought him to commit suicide. Even though these challenges seemed overwhelming, Beethoven developed an incredibly successful career, and he found meaning in his love for music. He overcame many obstacles and went on to success, fame, and fulfillment.

It’s an encouraging story for all of us. Beethoven shows us that resilience is important, and we can overcome challenges even when they seem impossible. He was a great musician, but he was a pretty amazing person, too.