So What, Muppets Can Be Gay! 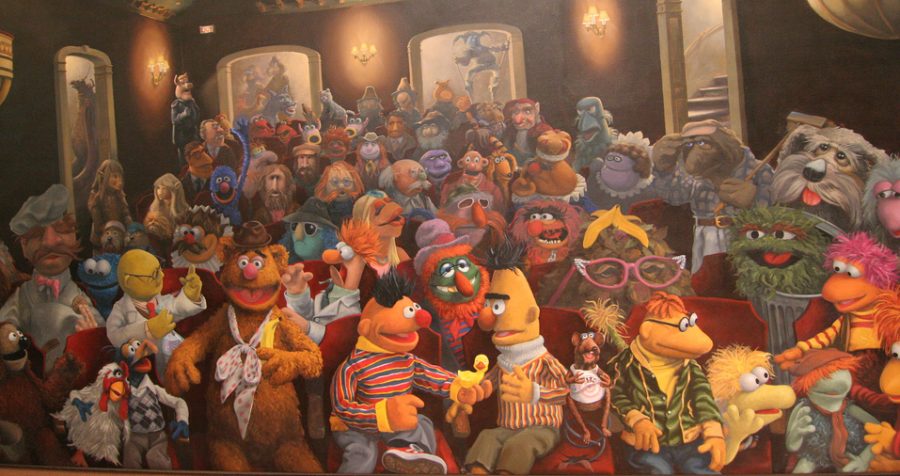 The Muppets are just about every American’s favorite thing. I mean, all ages, genders, just everything, they love them. Heck, I love them too. Whether it’s “Sesame Street” or the good old Muppets; it doesn’t matter, I love them. They have been a part of our parents’ and our own childhoods. Without them, we wouldn’t have the laughter, the insanely awesome cameos, the music that melts your heart, and Kermit, the big-hearted frog that captures hearts every single day. They have been there for us when we needed them most, so why the hell can’t the Muppets be gay? We can be so they should be too.

After a conspiracy of the famous duo, Bert and Ernie, from the classic “Sesame Street” was announced that the two pals could actually be lovers; the country went up in flames. From the supportive side to the disgusted side, almost every American had a thought about the matter. So Disney stepped in and kicked butt as usual with a simple response of Bert and Ernie were not originally written to be gay, but they are just like us with their own personal opinions, thoughts, and decisions on what they want to do with their lives. So if that means they wish to be with each other, then they have every right to choose each other. Hell yes, Disney!

These kickass words showed all the haters that the Muppets exist just as much as we do and deserve to live how they want to live whether that means they are into politics, big sports fans, or even gay. I am all for Bert and Ernie being a couple if that’s what they truly desire. The pair have always been held in a special place in my heart and I want only the best for them.

The world is changing and people are becoming who they truly are deep down inside, and it’s a beautiful thing. The Muppets should be allowed, and honestly have every right, to be who they want to be and to love who they want to love. In fact, the news of there being a new transgender character in the 2019 season is amazing to hear and is another step forward for the Muppets to become whatever they desire to be.

The news stormed across the country and especially resonated throughout the LGBTQ+ community. With this development, it means that the children’s television knows how important it is to teach kids that everyone should be treated equally and deserves to be their true selves.

Assuming that Bert and Ernie were gay, then this shows kids that anyone can love and be whoever they want and it allows the younger generation to be more accepting and to support their peers. The majority of the older generations have been found to disapprove against the speculation of Bert and Ernie being together and some have even refused to let their kids watch “Sesame Street” or any show that includes a character from the LGBTQ+ community. It’s depressing to hear and to see in person how awful these people can be.

Everyone including Muppets should be allowed to be whoever and to love whoever they want. No one’s lifestyle should be succumbed to unhappiness and regrets because they can’t be who they truly are inside.

Yes, there are going to be people who despise any human being or even muppet that chooses to be who they truly are and you know what they can screw off. It is not their life to live, but rather one to take some advice from. Those people are living their best lives with their best selves and the haters are just standing in disgust and giving judgemental looks instead of advancing in their life. They are the ones wasting their life on something that shouldn’t be argued over because it is so simple to understand and comprehend.

So, some of the Muppets want to come out as gay or transgender? Awesome! I am so happy to hear that. They deserve to be happy just like anyone else in the LGBTQ+ community and the rest of the world. Kids need to learn that everyone deserves happiness and should be their true selves. Bert and Ernie may be gay, and that makes this lifelong fan one of the happiest people in the world.