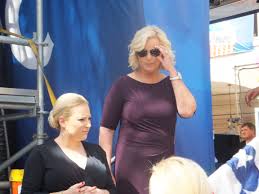 On August 25, Arizona Senator John McCain passed away at the age of 81 from a brain tumor. With his death the senate seat that McCain held since 1987 was vacant and it became up to Arizona Governor Doug Ducey to appoint a successor to fill McCain’s seat. On September 4, former Arizona senator and representative Jon Kyl was chosen to replace McCain with an unknown date of when he will take office. So, what does this mean?

The first thing to look at is two more people that were rumored to be considered for the position: Cindy and Meghan McCain, John’s wife and daughter respectively. And what qualifications did either woman have for the seat you might ask? They’re related to John McCain. The problem is that this is America, the country that fought two wars with Britain and won both times to make sure that unlike them, our political positions are not family heirlooms that can be passed on once someone passes.

Our positions are supposed to be chosen by the people and appointed positions are supposed to go to someone who is qualified for a job, not to someone just because they have a certain last name. Had either woman had a background in public service with experience serving others and was solely picked on her merits it would be a different story but this doesn’t seem to be the case.

Now to look at the person that was chosen Jon Kyl. Kyl has served the people of Arizona from 1987 to 2013, first being elected to House of Representatives serving Arizona’s fourth district. In 1995, Kyl left the house and was elected to the senate serving alongside McCain. Kyl served until 2013 when he retired from politics and was succeeded by Jeff Flake. Recently, Kyl had been working alongside Supreme Court nominee Brett Kavanaugh’s nomination for the Supreme Court.

So why is Kyl a good pick as opposed to the McCains? Kyl has spent most of his life serving the people of Arizona in different positions. This is a man who knows what the people of Arizona want and knows how to go to the bat for his constituents. During his first tenure in Congress, Kyl was also known for holding his positions which is something McCain failed to do, often bending the knee and siding with the Democrats after promising to represent the best interests of Arizona on issues such as Obamacare after running on a campaign of Obamacare repeal in 2015. As for Kyl, Kyl was known to run on an issue and follow through standing up for the position he held, and hold the positions that were the reason that the people of Arizona voted for him.

Kyl has also said upon being appointed to the Senate that he doesn’t plan on making this a long-term thing. Kyl announced at the press conference he held after being appointed that he only plans on serving until 2019 and won’t run for a full term in 2020. This means that once 2020 comes around, there will be an entirely new face in the senate instead of the same person holding the seat for 30 years, something that the people of Arizona are owed at this point. With this there means a new change in leadership for the state in the foreseeable future, something that hasn’t been possible in years.

So in closing, with the appointment of Jon Kyl means not only a change in politics for a national level, but a new chapter in Arizona politics in general.