How many more medical shows do we need? 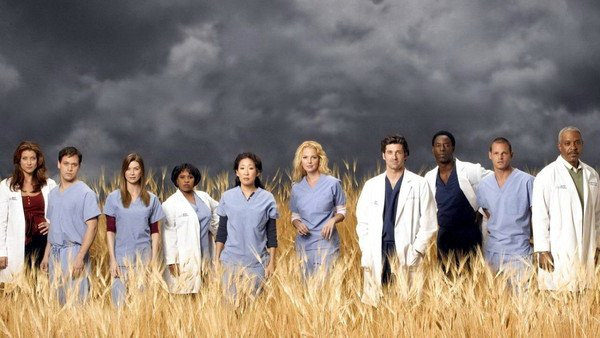 By a show of hands, how many of us think we are doctors after watching countless episodes of medical shows on television? *raises hand shamefully* We have all seen a medical show or two on tv in our lifetimes, and in certain situations, it is difficult to not get hooked on the  fast pace and dramatic lifestyle of the doctors and hospital setting.

High risk surgeries, unexpected births and natural disaster threats all encompass the typical medical tv show all the while incorporating the romance and ultimate betrayal aspect in the doctors and medical responders lives. It is invigorating and exhilarating watching doctors work to save a life in critical condition and it is the same feeling like watching crime tv shows. People love to watch them, even though there are many shown on cable. Now, the question is, how many medical shows do we really need on tv?

As of right now, there are at least ten medical shows on tv, all with different premises and characters, but why do we have so many? In my opinion, we do not need ten or twenty different tv shows that are based on the medical and hospital life. Yes, they are interesting to watch and very entertaining, but there does not have to be that many of them. After a while, shows start to become redundant, even if there is a new setting and character. We have seen the same scenarios among all the different medical shows and it is starting to become an annoying thing that I do not feel compelled to continue and or start watching.

“Grey’s Anatomy” and “General Hospital” are the only medical shows that are still on tv that started back in the earlier years, and the shows that are created now stem off of these two. Now there is “The Good Doctor,” “911,” “Chicago Med,” “The Resident,” and “Code Black.” When reading the descriptions of the shows and their episodes, I feel a sense of deja vu. Oh wait, that’s because I have already seen these scenarios before on previous medical shows like Grey’s and “House.”

I have only watched “House” and “Grey’s Anatomy” (Grey’s is my show!) for medical drama, and when I’m scrolling through looking for a new show to watch, I am honestly not going to pick another medical show because I don’t want to waste my time binge-watching a show that I have already seen before.

It’s the same feeling when they remake horror movies. Are there no good ideas left, that we have to start remaking every horror movie ever? This is my exact thought on medical shows. Why do we keep on making them and only changing a few details to make them different than other shows, when there are other original ideas and concepts that can be made into more intriguing tv entertainment?

I’m not saying that the medical shows on tv right now are not good. From what I have seen, they are great and very entertaining, but I am tired of seeing the same thing over and over again. I am not a screenwriter, but I can come up with some ideas of different shows that do not involve a doctor who goes through rocky relationships and a stressful job at the busy hospital.

I think medical shows are a popular and powerful platform for television because they give the audience and viewers some insight into what it is like to be a doctor and working at a hospital, even if things are different in real life. They dramatize the situations, otherwise the entire show would be very depressing and sad, and unfortunately, we can not become doctors just by watching the actors on the screen. But there are, in my opinion, too many of these shows on tv. Two or three is good enough and we do not need a whole horde of shows that basically are the same thing.