Why is Bernie Sanders so Popular With Young Adults? 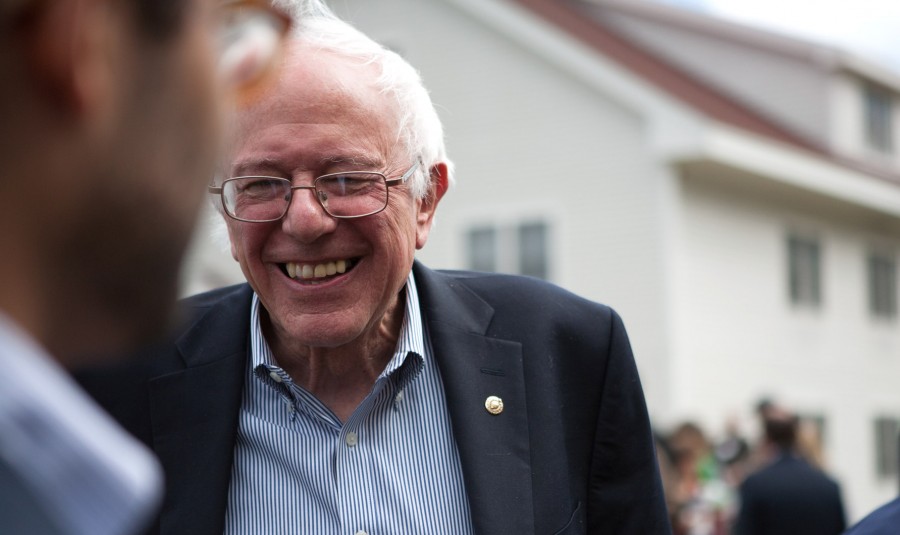 All around the country, young adults of America are adapting, and suffering. With the economy continuously rising and falling, as well as numerous civil rights controversies, young adults are looking for a solution to fix problems that have occurred in the country for most of their lives.

With these needs in mind, many young adults who see these problems are starting to pay attention to the candidates for the 2016 presidency in both the Democratic and the Republican party. In recent weeks, a large majority America’s youth are beginning to identify with Democratic candidate Bernie Sanders.

Pertaining to economic changes, Sanders, upon election, plans to implement a more socialist-oriented type of economy into American society, similar to what we have seen with President Obama during his time if office. Specifically, according to his own website, Sanders agenda focuses on fixing both income and wealth inequality, precisely by taxing corporations as well as the wealthy, increasing the minimum wage and increasing jobs around the country by creating road construction projects.

Additionally, Sanders aims to reform Wall Street by breaking up big banks, creating a financial transaction tax and taxing Wall Street in order to fund both public colleges and universities making them tuition free for students across the country.

Sanders aims on ending the political unfairness that different races across the country endure, by helping minorities who have had their right to vote taken away because of a felony conviction, requiring United States citizens to register to vote, and additionally by making voting day a national holiday, in order to entice every American to vote.

Sanders is also an advocate of reforming immigration policies throughout the United States. If elected, Sanders aims to sign an immigration reform law that will help millions of illegal immigrants into the mainstream of society and will try to avoid creating a fence around the southern border of America.

Sanders also has described how, if elected, he will help ensure the rights of women living in the United States, precisely by fighting for equal pay and by helping women protect their reproductive rights.

Because his platform addresses most of the complaints that have been voiced by the younger generations of America, Bernie Sanders can be viewed as the political choice for young America.