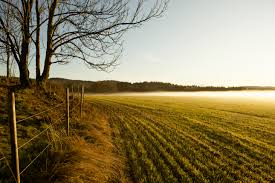 Opinions on the 2016 presidential election vary in all directions. Some big names trying to make their way onto the ballot are Bernie Sanders, Hilary Clinton, and Donald Trump.

Personally, I think Trump cannot be serious with his racist campaign. It seems that one day he just woke up and said “I have so much money, let’s just troll the presidential election”. Due to his scandalous campaign, NBC will not be welcoming Trump back as host to The Apprentice, and on top of that Macy’s, ESPN, NASCAR and many more have abandoned all business deals with Trump. Trump doesn’t seem too concerned about losing these deals and refuses to run as an independent, but the question is how much money will Trump lose before he realizes his whole campaign is a joke?

Hilary Clinton has been making some big waves in her campaign to become the first woman president. The downfall in Clinton’s campaign is that she doesn’t seem to be connecting with younger voters. She supports internet censorship, voted for bailing out Wall Street, and is also a huge hypocrite for supporting gay marriage. In 2004 Clinton stated that “marriage is not just a bond, but a sacred bond between a man and a woman…the fundamental bedrock principle that [marriage] exists between a man and a woman, going back into the midst of history as one of the founding, foundational institutions of history and humanity and civilization, and that its primary, principal role during those millennia has been the raising and socializing of children for the society into which they are to become adults.” So thanks for jumping on that bandwagon for votes Hilary, that’s really classy.

Surprisingly popular with the younger generation is Bernie Sanders, the 73-year-old senator from Vermont. Sanders is an avid supporter of gay marriage and the civil rights movement, and wants to get big money out of politics. Most of Sanders campaign funds do not come from large corporations, as most of the other candidates’ funds’ do. Sanders wants to fight for women’s rights (equal pay, reproductive rights, etc.), promotes raising minimum wage and finally is talking about our broken justice system. Sanders once said, “What the American people want to see in their president is somebody who not necessarily can win every fight, but they want to see him stand up and fight for what he believes, take his case to the American people.” Who would have thought that in a country run by old white men, one would actually know what he’s talking about? I know where my vote is going, maybe it’s time you #feelthebern too.