The Root of My Anger 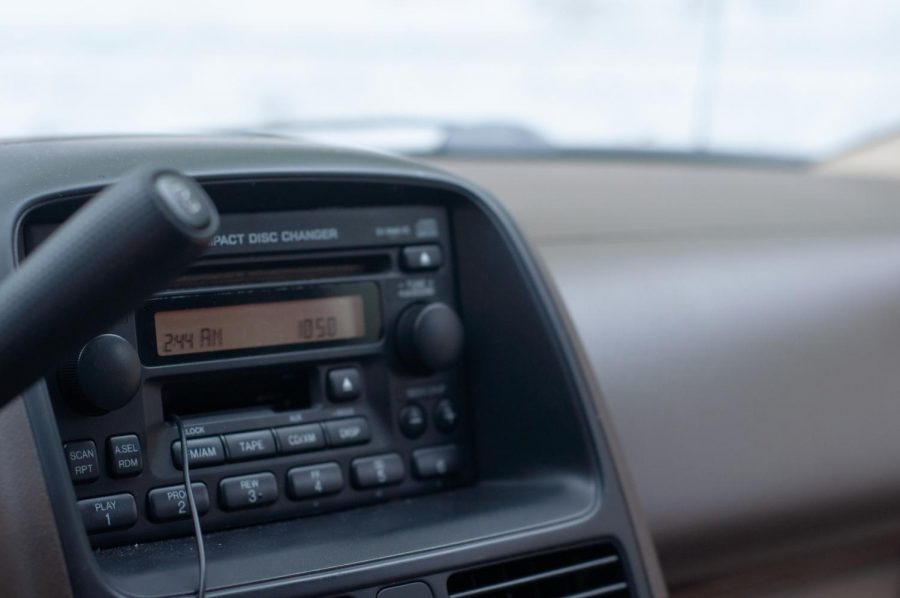 The top five talk radio shows in the United States are self-characterized as "Conservative," with viewership ranging from 8.5 million to 15.5 million viewers per week, according to a study by Talkers Magazine in 2019.

All I want to do is scream. Throughout the day, most days, I have urges to yell as loud as I can. I have all this built-up frustration and aggravation. Being contained in a small apartment with two other people does not help. Only seeing the same handful of people each week does not help. Being bored out of my mind with limited activities to do does not help.

But you know what really does not help? What is really the worst part of this quarantine for me?

It is not my mental health, which has suffered drastically. It is not the fact that I feel like there is something missing like a part of me, because I no longer see my friends, family, professors, or coworkers as much as I used to (some, I do not get to see at all). I went from interacting with tons of people every day from working at the University Commons, classes, and extracurricular activities to, on most days, only being able to talk to my roommates.

But again, that is not the root of my anger. I owe all of that to Donald Trump, his administration, and Fox News.

The amount of blatant lies Donald Trump has told over the course of this virus is astronomical. It is mind-blowing that his supporters stand by him and what he says. Now, I have thought this since he started campaigning. How do his supporters support and stand by him when he says something racist, sexist, misogynistic, xenophobic, or blatantly not factual?

For years, this question has crossed my mind and has left me in awe. Sure, I get it. People are racist. People are sexist. People support Trump because their hate aligns with what he says. I am not saying I get it or understand it, but sometimes, it really comes down to Trump says things that people feel are acceptable.

However, what I really cannot wrap my head around is when he lies and his supporters either ignore it, excuse it, or defend it.

This man is lying to you. He is lying to us. And you excuse it. Why? Is it somehow acceptable for the leader of this nation to lie to the American citizens?

How would you feel if your boss lied to you the way Trump lies to us? How about your kids, siblings, parents, friends, coworkers, and so on? Are we all just allowed to lie to each other? Because, hell, our president does, so why shouldn’t we?

Not only are Trump’s lies unethical and an embarrassment to this country, but his lies are also dangerous. He gives out his medical advice, which time and time again, have proven to be nothing but ways to end up in the hospital. But then, on top of Trump’s dangerous advice, there is always Fox News to agree and repeat what he says.

Over Easter, I talked with my dad. A conservative man who would watch Fox News every chance he gets. Obviously, we talked about the virus. I mean, what else is there to talk about? Anyway, he said something along the lines of the U.S. is testing a lot of people.

Quickly, I shut that down. After telling my dad that there actually has not been a lot of testing done, or at least as much as there needs to be, and that not all 50 states are under a stay-at-home order and that we are not taking good enough measures to contain this virus, he looked at me, shocked. What he heard from me was probably the opposite of his mix of Fox News and conservative radio.

Shortly after that, we called my conservative grandparents to wish them a Happy Easter. Not too long into my conversation with my grandma, she brought up the virus, saying she hoped it would be over soon.

I agreed that I wanted it over soon as well, but again, what she had been told by conservative media was not what was actually going on. She believed there was going to be an end to the pandemic, soon. Whereas I informed her it is extremely possible for there to be a second wave of this virus.

Obviously, a lot has changed since Easter. States are reducing restrictions and opening up non-essential business. But what has not changed is Fox News continuing to spew lies and defend Trump.

I really hate the term “fake news.” It has been a cheap way for Trump to discredit the media when they say something he does not agree with or like. He lies and says that the mainstream media are lying about facts, and then people take his word for it. They would rather believe Trump then facts, and to me, that is really sad.

Again, I hate the term fake news, but I would go as far as to say Fox News is fake news. This has been apparent since the beginning of the pandemic. Through downplaying the virus to calling it a left-wing media hoax, Fox News has been, essentially, fake news.

And now we are at the point where white supremacists, Nazis, and militia groups are among conservatives protesting the stay-at-home orders. The outcry from these people, claiming oppression and that the stay-at-home orders are against their constitutional right, is and will be deadly. Many of these people have complained when actual protesting has gone on. When people are actually oppressed.

When people like Kaepernick say there are injustices in this country, the same people protesting the stay-at-home orders called him a son-of-a-bitch and told him if he does not like it, then leave the country. But now, those people are out protesting. Because it is their “constitutional right and freedom.”

So, what was Kaepernick’s protest, then? It was his constitutional right and freedom to do so, however, he got punished. And these white people protesting the stay-at-home orders? They will never have to worry about facing consequences because they are white. They will not be met with police violence like many civil rights protests have.

Man, I would love to have the mindset of these people protesting the stay-at-home orders and complaining on Facebook about how mean governor J.B. is for making them wear a facemask. It must be so nice to have to make up oppression.

Your life must be so hard because the government is trying to keep us as safe and as healthy as possible, while the president and his administration do nothing to protect us. Honestly, I wonder. Are those people disagreeing with the governors because they genuinely think the precautions are ridiculous and too much? Or is it because they are democrats? Is it because their president is so irresponsible that they have to get mad at those doing the right thing?

We are all tired of quarantine. Not many people are having a great time right now, whether it be mentally, physically, financially, medically, and so on. But trying to reopen the country right now, and so quickly is going to be deadly.

The people protesting claim patriotism. I truly think the term patriotism has been whitewashed. We think white people wearing an American flag t-shirt is more patriotic than a black man trying to change this country for the better. But you are not patriotic by protesting the stay at home orders. You are risking the lives and health of so many people because you want to be selfish. All of those people in the medical field, working tireless hours have to work harder every time you go and be selfish, every time you go out and protest the virus.