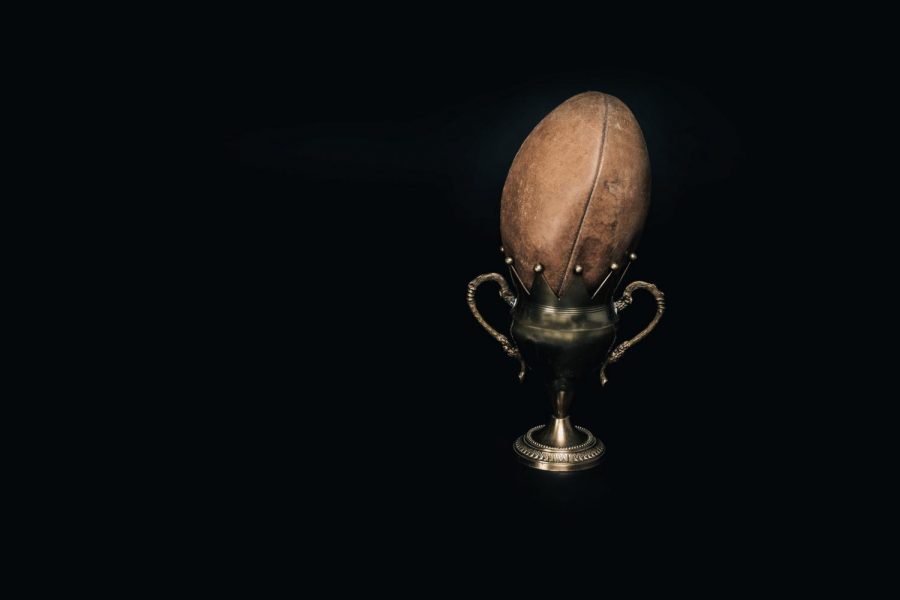 The Kansas City Chiefs take on the Tampa Bay Buccaneers in Super Bowl LV this Sunday at 5:30pm CT. Here’s a look at some of the major focal points and matchups to look for while tuning in to the big game.

For the first time in the NFL’s history, one team will play in the Super Bowl at their home stadium. Tom Brady’s Buccaneers started the playoffs as the #6 seed, but dethroned the NFC’s #1-seeded Green Bay Packers in order to claim their spot in history. The interesting part is that the Buccaneers will actually be the home team in the game, too, despite Kansas City’s 14-2 record and #1 seed in the AFC. The home team alternates between conferences each year, as the Chiefs (AFC) were the home team in last year’s Super Bowl LIV.

NFL will allow fans at the game:

25,000 fans will be allowed into the game to watch, along with another 30,000 cardboard cutouts. Many of the teams in the NFL and other leagues have used cardboard cutouts to fill the seats while fans were either not allowed or only allowed to attend in a limited capacity in the last year. Among those 25,000 in attendance will be 7,500 vaccinated healthcare workers who, as a thank you for their work during the coronavirus pandemic, were given an all-expenses-paid trip to see the game in person.

One more thing to note about the fan attendance will be the breakdown of which team will end up with a crowd advantage. The Chiefs, notorious for their loud and passionate fans known as the “Chiefs Kingdom,” are sure to draw well and bring the noise. However, time will tell if the Buccaneers playing a home Super Bowl game will turn out to be that much of an advantage in the bleachers, as well.

Back in Patrick Mahomes’s first season as the full-time starter in Kansas City, he led the Chiefs to the AFC Title game at Arrowhead Stadium, where he took on Tom Brady and his former team, the New England Patriots. In a close and heated contest, Kansas City was twice on the brink of sending the Patriots home and reaching their first Super Bowl since 1970. However, two controversial calls would instead eliminate the Chiefs. The first call was a roughing the passer penalty on which Tom Brady was lightly hit in the shoulder…and didn’t even fall down. This prevented Brady from facing  a 3rd and long in the 4th quarter down by 4 points, instead giving him a fresh set of down and 15 more yards. The second was a pass that was intercepted again in the 4th quarter with only a minute left to play, Patriots down 4 points again. The referees said a Chiefs defensive lineman was lined up offside. The interception was negated, the Patriots scored, and the game went to overtime, where the Patriots got the ball first and scored a touchdown to win. Needless to say, this has left that taste in the Chiefs’ mouths since that day, and they will be looking to finally get their revenge for that loss 2 years ago.

The quarterbacks in this year’s Super Bowl represent the old guard v. the new guard. Brady has been the face of the league, as far as quarterbacks go, since 2001. Mahomes, seemingly in line to take over the reins, will be attempting to dethrone Brady on the game’s biggest stage. His first 2 seasons were defined by a league MVP followed by a Super Bowl MVP in last year’s win over the 49ers. A win over Brady would not only exercise his demons from 2019, but make the Chiefs one of only 8 franchises to win back-to-back titles, the last of which being…you guessed it, Brady’s Patriots in 2003-2004.

Both teams will be employing a tandem approach at the running back position, one of which for each team being signed after a release from their previous franchise. For the Bucs, Ronald Jones II fell just 22 yards shy of a 1,000-yard season, averaging 5.1 yards per carry, good for 8th in the league. He is accompanied by former Jaguars back Leonard Fournette, known as a bruising back, who is a major goal-line threat. On the Chiefs’ side is first round pick Clyde Edwards-Helaire, accompanied by former New York Jet Le’Veon Bell. The former had been sidelined since week 15 before managing 6 carries for 7 yards against the Bills in the AFC Championship. With 2 weeks to get healthy since then, he will presumably be good to go for Sunday. Bell has been with Kansas City since signing with the team in October, and has served nicely as a patient back to compliment CEH, as well as a major receiving threat out of the backfield. After missing the AFC Championship Game, however, he is listed as questionable for this week and has been a limited practice participant. If he does miss the game, Darrel Willliams will likely see an increased role after serving as lead back throughout the playoff run while both CEH and Bell were out.

The Buccaneers’ pass attack is spearheaded by a 2-man show in Chris Godwin and Mike Evans. Despite being limited to only 12 games, Godwin piled up 840 receiving yards and 7 touchdowns, most recently rattling off 110 yards in the NFC Championship win over the Packers. Evans eclipsed the 1,000-yard mark again this year, as he’s done every season since 2014, while also catching a career-high 13 touchdowns. With TDs in both the Divisional and Championship rounds of the playoffs, he looks to continue finding his way into the end zone against Kansas City. Also of note will be Antonio Brown’s return. After missing the NFC Championship, he looks to play this week.

The Chiefs are led by the speedster Tyreek Hill, and tight end Travis Kelce. Hill went off for 1,276 yards and 15 touchdowns, while Kelce led the league and broke the NFL single-season record for receiving yards by a TE with his 1,416, outpacing 2nd place finisher Darren Waller by 220. In their last 2 contests, the duo has combined for 1 shy of 500 yards, while Kelce has scored 3 touchdowns.

The Tampa Bay defense has been red-hot as of late. Their vicious pass rush, led by Devin White, Jason Pierre-Paul, and Ndamukong Suh  gave Aaron Rodgers fits in the NFC title game. Cornerback Sean Murphy-Bunting, who has been outstanding, is also of note; going back to week 17, he now has an absurd 5 interceptions in his last 4 games. This unit has also been phenomenal at stopping the run, allowing almost 10 yards fewer per game than any other team in the league.

Kansas City’s defense is led by a trio of playmaking safeties in Tyrann Matthieu, Juan Thornhill, and Daniel Sorensen, as well as a 2-headed, havoc-wreaking monster on the line inter form of Frank Clark and Chris Jones. While forcing turnovers has not been an issue for this unit, their major point of emphasis will be on stopping the run, the one potential hole on this entire Chiefs team.

Predicting this game is a tough one. The Chiefs open as the 3 point favorites, but as the saying goes, “never bet against Tom Brady.” However, I think this is the time when the almost ceremonial changing of the guard truly occurs. In a tight contest that, as cliché as this sounds, will come down to the last possession, I predict Mahomes’s Chiefs will defeat Brady and the Buccaneers by a score of 31-28, following the spread to a tee.

Again, you can catch the game for yourself this Sunday, February 7th, at 5:30pm CT on CBS.