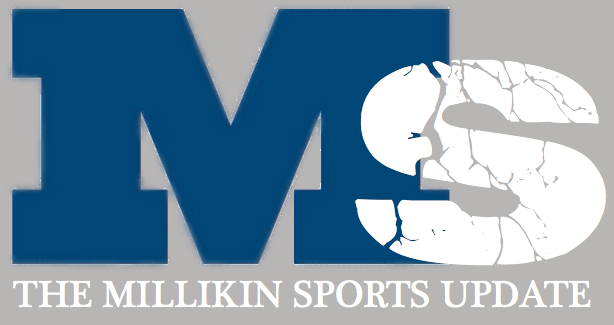 The men’s tennis team competed for the last time this fall season on the weekend. The men played in the ITA Tournament, which started on Friday, Oct. 4 and ended on Sunday, Oct. 6. Results were not posted for this event. The men’s tennis team will next play on Feb. 1, 2020 at 12 p.m. against Concordia University at home.

The women’s volleyball team beat Wheaton College on Tuesday, Oct. 8. The Big Blue won the first match with ease at 25-15. The next match was again won by the Big Blue, but it was a much closer battle of 26-24. The third match was taken by Wheaton, winning 25-23, resulting in a fourth set. Millikin won 25-22, resulting in a 3-1 win over Wheaton.

The women’s volleyball team continued their hot streak by beating Augustana College 3-0 on Friday, Oct. 11. The first set was a close, but the Big Blue came through and won 28-26. After battling in the second match, Millikin came out on top, winning 25-23. The last set ended with Millikin victorious, winning 25-19.

The women’s tennis team fell to Carthage College on Friday, Oct. 11, with a tough 1-8 loss. The women also lost to Carroll University on Saturday, falling 4-5. The women will compete in the CCIW Tournament on Thursday, Oct. 18 through Saturday, Oct. 20.

However, the women won their next game 3-0 against the University of Wisconsin-La Crosse. The first match was won by the Big Blue 25-16. The second match results was 25-18. The last match was a close battle, but Millikin came out on top, winning 25-23.

The women now have an overall record of 12-9 and 4-1 in the conference. The women will next play on Wednesday, Oct. 16 against Elmhurst College in Elmhurst, IL. Game time is 7 p.m.

The game remained scoreless until the second quarter when the Big Blue ended with 12 points and Carroll had zero. Millikin scored six in the third quarter and 12 in the fourth quarter, while Carroll scored their only seven points in the fourth quarter. The men currently have a record of 3-2 overall and 2-2 in the conference. The men play next at home on Saturday, Oct. 19 against Carthage College. Game time is 6 p.m.

Lastly, the men’s soccer team beat Elmhurst College 2-1 in overtime on Saturday, Oct. 12. Elmhurst scored first in the first period. The Big Blue later tied the game, and then came out on top in overtime. The Big Blue currently has an overall record of 5-5-1 and 1-2-0 in the conference. The men next play at Augustana College on Saturday, Oct. 19. Game time is 7:30 p.m.