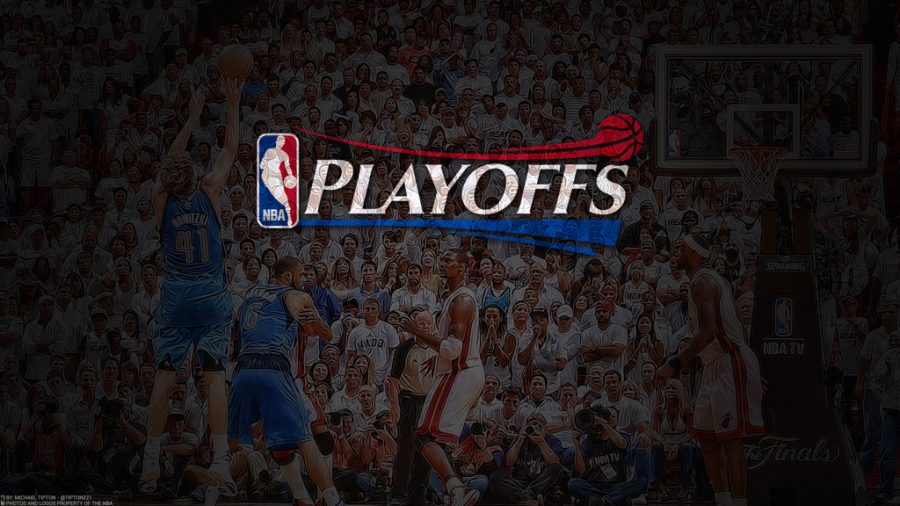 The NBA regular season has come to a close and now it’s time for everyone’s favorite time of the year: the playoffs.

Now, a lot of fans in the NBA have become annoyed with the same storylines from recent postseasons. They don’t see much drama or a point in even watching the playoffs anymore because they think they know the outcome.

However, this postseason is shaping up to be much different. The biggest change that everyone should notice is that Lebron James, arguably the best player in the world, is not in the playoffs with any team after having made eight straight NBA Finals appearances. This leaves the door wide open for teams in the Eastern Conference to have their shot at the finals without having to go through The King.

Even the Golden State Warriors, two-time defending champions, seem more vulnerable than in years past despite them being the #1 seed in the Western Conference. Throughout the season, the Warriors have struggled to hold onto that top spot as the Denver Nuggets, led by Nikola Jokic, fought them all the way to the dying stages of the season for that top seed.

They also, once again, missed out on having the best record in the league due to the rise of the Milwaukee Bucks and the MVP caliber season of Giannis Antetokounmpo. Having said all that, the Warriors are still not to be taken lightly, but you shouldn’t pencil them in as sure-fire champions just yet.

Looking at the first-round matchups, there are a couple of series that should catch the eye of viewers. Starting first with the Western Conference, the matchups are as follows: Golden State Warrior vs LA Clippers, Houston Rockets vs Utah Jazz, Portland Trail Blazers vs Oklahoma City Thunder, and Denver Nuggets vs San Antonio Spur.

In my mind, two of those series should stick out, the first being the Houston Rockets facing off against the Utah Jazz. The Rockets are led by MVP candidate James Harden, who led the league in points per game, and the ever-reliable Chris Paul. They match up against former Rookie of the Year candidate Donovan Mitchell and All-Star Game snub Rudy Gobert.

This will be fun to watch as the series is advertised as the #4 vs the #5 seed, but really each team had the quality of players to be a #2 seed in the West. Also, each team relies on superior guard play with great big men to gobble up rebounds and blocks. I would still pick the Rockets in this series simply because of James Harden’s output, but there will be some fireworks.

The other series (and upset) that you should watch is the Thunder vs the Trailblazers. The Thunder boasts two of the best players in the league: Russell Westbrook and Paul George, who lead the league in assists and steals respectively. Russell Westbrook also managed to average a triple-double throughout the season again.

Against Damien Lillard and the Trailblazers, the Thunder appears to have too much firepower despite their lower seeding and should look to upset Portland and make a run for the Conference finals.

The Eastern Conference is now wide open with the removal of Lebron James, and several teams will be looking capitalize. The matchups are as follows: Milwaukee Bucks vs Detroit Pistons, Boston Celtics vs Indiana Pacers, Philadelphia 76ers vs Brooklyn Nets, and Toronto Raptors vs Orlando Magic.

You shouldn’t expect any surprises in the first round as the talent of the top 4 seeds is far greater than the remainder of the conference, but the fireworks will start in the later rounds.

But the Toronto Raptors shouldn’t be taken lightly. The persistent Finals contenders added former Defensive Player of the Year Kawhi Leonard, and they will be looking to finally make the NBA Finals. The Celtics and 76ers also cannot be counted out with stars like Kyrie Irving and Joel Embiid also hungry to make it to the finals.

These playoffs are shaping up to be one the most exciting in recent memory. Fans are asking legitimate questions about whether there will be an upset or if the Warriors will just add to their collection of trophies. Let the games begin.