Drama in the Court 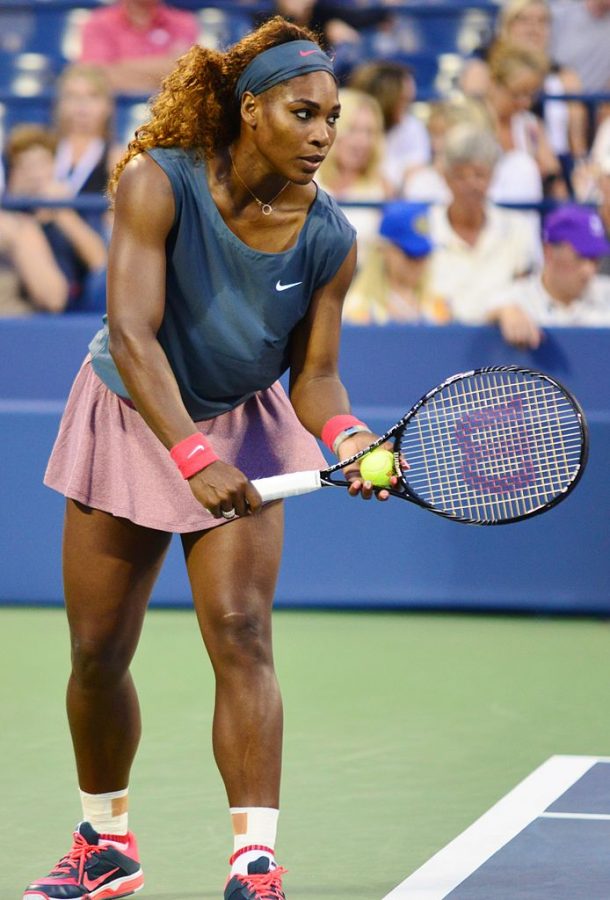 Well, it just had to come down to this. Things have gone from absurd to even more so in a matter of weeks. After all the crap she had been through with the catsuit in the French Open, Williams was told off by a ref at the U.S. Open and was subsequently defeated by her opponent, Naomi Osaka.

Now, there had been a lot of buzz about this issue. Mainly being that Williams pitched a fit about it and gets criticized for being “unwomanly,” but when guys do that behavior they don’t get chastised for it at all. Already it’s dissolved into the double standard b-s that would ruin any sport.

And to top it off, what tipped the scales even more was a political cartoon made about the situation. In that cartoon, Williams is pictured as a barbarian incapable of taking a loss while the ref says to the other player, “Can’t you let her win?” The comic had gone under fire for having sexist as well as racist undertones. Which begs the question, well, for some anyway: “Is that criticism warranted?”

To which I would reply: well, just look at it, and tell me what you see.

The way Williams is drawn is especially grotesque. I guess this artist was trying to be funny, as most people are meant to look comically out of proportion in a cartoon, but the size of her lips are reminiscent of the blackface cartoons that may have been okay in the forties but wouldn’t fly today. To have her jump on her tennis racket like an ape would doesn’t help matters either.

Who in their right mind would think this kind of cartoon is acceptable? Who looked at this and thought it would not receive any kind of backlash, or no more than they already do? Don’t get me wrong, no one likes a temper tantrum, just look at angry parents vent their frustration for “Caillou.” But what people like even less is racism.

Now, I’m no sports person. I’m not even a competitive person. But for the love of God, can’t we just accept the fact that Williams is as human as anyone else?

If I came that far in a tournament only to lose in a call I felt was unwarranted, I would get mad, too. I’m not sure if I would tear my racket apart, but people wouldn’t blame me if I felt the way I did.

And I’ll admit it’s somewhat amusing to see people tear their equipment apart in the heat of the moment. It worked for rock concerts with guitarists, slamming their instruments to put on one heck of a show.

However, it does beg the issue of whether or not it would be acceptable to show kids Williams’s reaction to losing. I may not be a huge tennis nerd, but even I can tell Williams has a profound influence on the court. If kids were to see Williams’s behavior to losing ‘unfairly,’ what would they think?

Would they automatically believe that reacting that way would be acceptable in a normal setting when they play with their friends? I should hope not. Like I mentioned before, no one likes temper tantrums, and in that case, no one likes a sore loser.

But to Williams’s credit, she eventually shaped up. She wished her opponent the best for the rest of the tournament, and ideally the whole affair should have ended right then and there. But by now you can all see how well all that turned out.

You’ll probably hear this a thousand times over, but this double standard shouldn’t be an issue. Sports are boring enough to watch on their own (especially golf), but do they really need sexist drama to make sports more interesting? It’s 2018. For the millionth time, can’t we all just get our act together?