Do or Die: MLB Playoff Edition 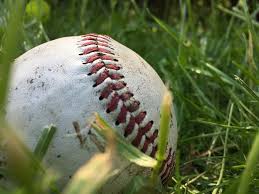 Ahh, baseball fans, it is that wonderful time of the year again that is also one of the most heart-wrenching, absolutely beautiful, mind-boggling, and life changing times for a dedicated fan such as myself. With September in full swing, we are less than a month away from postseason baseball. While the excitement is thrilling, the probability that your favorite team makes the playoffs could be quite slim. Unlike most years, 2018 has been a tough and crowded year. The AL West, NL West, and NL Central are all squished together and at this point there’s no way to tell who will and won’t make it.

For the AL West, the Houston Astros and the Oakland Athletics are neck and neck although the Astros have taken a slight advantage as of late with about a three game lead. Similar to the AL West, the NL West is also in a tight race as the Diamondbacks, Dodgers, and Rockies are all fighting for the division crown. With the Dodgers one and a half games back and the D_Backs four and a half games back of the first place Rockies, anything can happen.

All of these teams have a chance, but boy are they tough and slim this year. With the surging Athletics on their tails, the Astros can’t really afford to lose more than one game in a row. The surprising, energetic, and young Athletics have the chance to overthrow the division from the reigning World Series Champs. That’s quite the feat for a team that is technically still in rebuilding mode. Even with their shiny rings on, the Astros are still fighting because they are hungry and eager to win again. Having about the same team helps along with a few key acquisitions including Gerrit Cole, who was acquired from the Pirates during the offseason. Cole has been a huge asset for the Astros’ rotation this season and looks to be used in pivotal games once the postseason starts up. There’s no telling who’ll win the AL West at the moment, but I think it’s a safe bet to put some money on the Athletics. Although, can anyone stop the monstrous tear Astros’ third baseman Alex Bregman is having?

Everyone expected the Dodgers to run away with the division and take the overall crown this year after they just missed it by a game in last year’s World Series. That hasn’t really been the story for the Dodgers’ season instead, they have been quite disappointing until late. With the Dodgers’ sudden resurgence and the D-Backs consistency and the Rockies dominating out of the blue, the NL West race may just be one of the most exciting. The Rockies have been up and down all year, but recently they have played like a team that deserves to go deep into the playoffs. Their lineup is scary with Charlie Blackmon and Nolan Arenado right in the thick of things.

For the D-Backs, things have gone well all year long for the most part despite some injuries here and there. They have continued to stay at the top or close to it all season. Paul Goldschmidt has been unsatisfying to watch, but Daniel Descalso has the been the force that has driven this D-Backs lineup since April. Include dominant pitching in the mix and the D-Backs have an advantage on paper as their rotation has been solid. I’m definitely expecting this race to be extremely fun and exciting to watch.

At the end of the first half, it looked like the Cubs and the Brewers had the best odds at getting into the postseason. Leading up to the trade deadline, the Pirates entered the mix and the Cardinals were starting to fade away. After a few small moves and one somewhat controversial deal at the time, the Cardinals have re-entered their names into the race and have claimed the second Wild Card spot because of it. While the Pirates have found themselves back out of playoff contention.

In July and August, the Brewers made several key acquisitions for their bullpen, rotation, lineup, and bench. Since those deals, the Brewers have been scorching hot especially outfielder Christian Yelich, who has been a tough out as of late and most of the season in fact. Even with the Brewers and Cardinals right behind, the Cubs are starting to look tougher than ever and man, they are playing ball. I’m thinking what you see right now for the division and wild card races are most likely going to stay the same unless the upcoming series between the three teams respectively really flip the script.

How about those Braves? The young, extremely talented, and technically still rebuilding Braves are currently a few games in front of the Phillies for first place in the NL East. Now, how about the Phillies? The also young and incredibly talented, but still in the rebuilding phase Phillies have stuck up top in the division all year long. To think that the Nationals would have to start selling pieces in August and that the Braves and Phillies would have to acquire them would be a laughable and humiliating statement if it was March or April, but the fact that it is September and either of these two teams are going to win the division is an amazing story. At the moment, I don’t really care who wins the division, I just want to see these young stars play.

As we enter do or die mode, several teams are still in the hunt, but only five teams per league can say they are postseason bound and only four can play in the division series. For the rest of September, expect teams like the Cardinals, Athletics, and Diamondbacks to really give it their all and try to catch up and maybe even shake up the standing a bit against teams like the Cubs, Astros, and Rockies. October is near and baseball is bringing the heat.