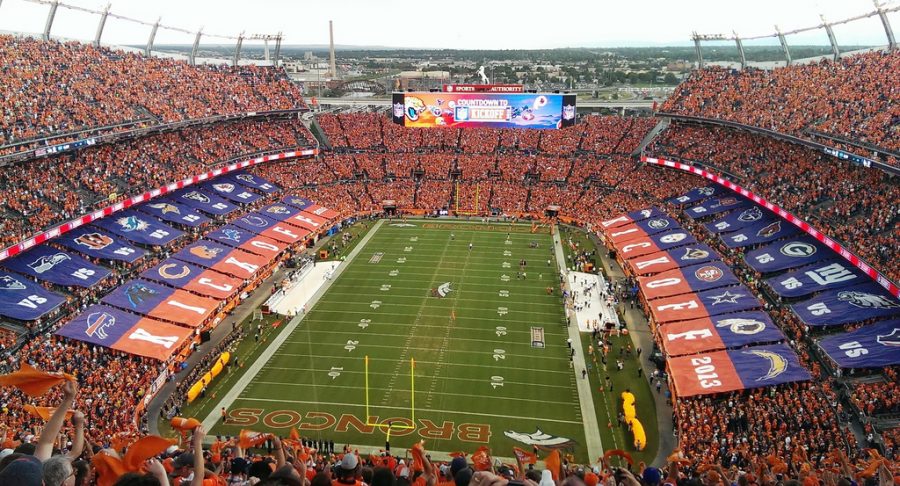 With the Eagles Super Bowl victory, the NFL season came to a close.

For those who love sports, the NFL withdrawals have already started. Although there won’t be any football games being played, there are so many other sporting events to be watched.

First off, the Olympics. Every two years we are given the opportunity to see athletes from all over the world competing to see who is the best country. The USA is normally dominant, which makes it all the more fun to watch. The closing ceremony isn’t until February 25, so there are still many more games to be played.

College basketball is next on the list. There’s a lot of hype around March Madness, but even before March, there are exciting matchups.

Conference tournaments begin the last week of February, and Selection Sunday is scheduled for March 11. The play-in games are on March 13 and 14, and there will be a plethora of good basketball from then on.

Another option is the NHL. Much like with baseball, the state of Illinois is split between Chicago and St. Louis fans, cheering for the Blackhawks or the Blues, respectively. Even if hockey isn’t your favorite sport, watching it could help fill your football void.

There is also college hockey, for those who prefer to not watch professional athletes.

In addition, the NBA is still going on. Their season does not end until mid-June, which could fill your NFL void almost all the way until the NFL preseason begins. Unfortunately, the Bulls have not had the greatest season so far. Plus, the continual dominance of the Cavaliers and Warriors can make for boring outcomes.

These options all require a TV showing the games. There is another option, too, that is slightly more accessible for Millikin students.

Supporting our fellow peers and venturing out to a Millikin sporting event.

The basketball and wrestling seasons are coming to a close, but for those who enjoy wrestling, it looks like some of our Big Blue wrestlers have a chance at making a run in the NCAAs. Freshman Bradan Birt won his weight class at the CCIW championships, and Keajion Jennings and Chris Williams both took second in their respective classes.

Plus, Millikin’s baseball and softball teams just started practicing. In fact, baseball is currently in Arkansas taking on the University of the Ozarks in a doubleheader and Hendrix College. Their first home game is scheduled for March 3, a doubleheader against Knox College at Sunnyside Park.

On the softball side, their first home matchup is set for February 25 on their state-of-the-art Workman Family Softball Field as a doubleheader against Fontbonne University. Then, their games will only be accessible by livestream for awhile, as they are heading south to warmer weather. First, to Texas before they spend the entirety of their spring break in Florida.

The Millikin track team also has one home meet on April 7, rounding out the Big Blue spring sports teams.

If absolutely none of these options sound appealing, football has turned into a sport that requires year round coverage. With all of the coaching positions open, contracts expiring, and aspiring college athletes looking for a place in the NFL, there will be no shortage of NFL coverage for the next seven months. Especially after Nick Foles won the Super Bowl. The quarterback situations around the league should make for some interesting offseason drama.

Though there isn’t anything that can compare to waking up every Sunday and looking forward to being able to watch grown men tackle each other on TV, there are ways of coping with the empty feeling the off-season gives die hard fans.