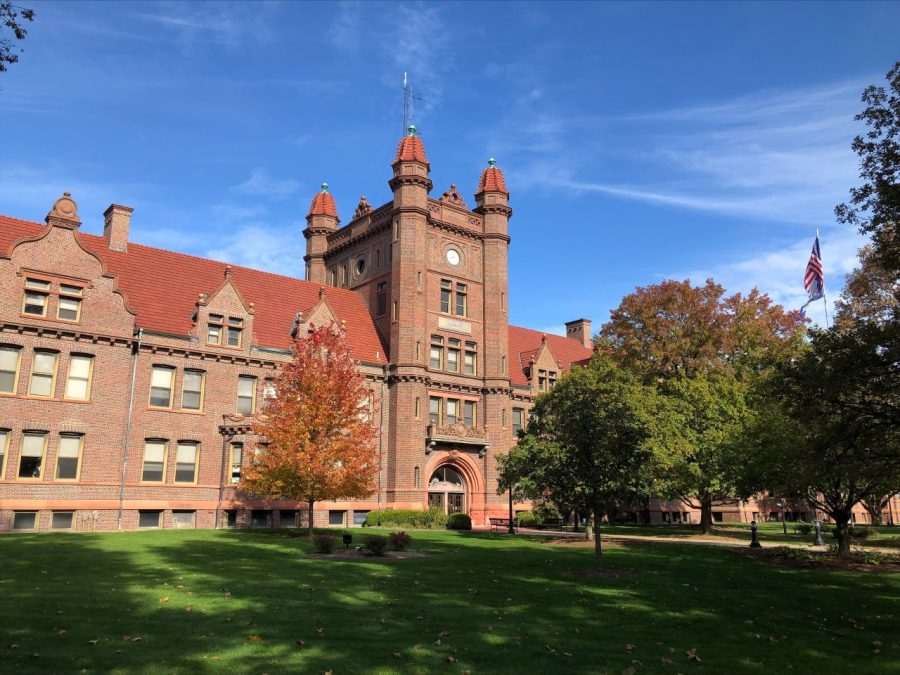 As a result of Millikin’s financial struggles, 51 positions at the university will either be left open or eliminated. Five of these 51 positions are professors whose contracts will not be renewed.

Millikin administration declared financial stringency in Fall 2021, which means Millikin is at a financial deficit that the college must make up. The eliminations are a result of this deficit.

“We’re trying to put together retirements as well as non-renewals [of faculty contracts],” Millikin President Dr. Jim Reynolds said. “If I remember correctly…we looked at, totally, across the university staff and faculty, 51 positions. Many of them are open positions right now; that is, no one is sitting in those positions, and we can hold them open. There are 11 positions that have people in them, and five of those are faculty positions.”

This means that five professors will not have their contracts renewed and will be leaving the university. The other six people are academic administrators.

While these faculty members will still be on campus next year, many other professors have decided to retire early or resign.

“The limited number of faculty members who receive notice of non-reappointment as a result of financial stringency will be given an academic year of notice, so those positions will not be eliminated until the fall of 2023,” Millikin Provost Mary Black wrote in an email. “However, we do have 13 faculty leaving due to retirements or resignations this year who will not be replaced.”

Some of these retiring or resigning faculty members have attributed their departure from Millikin to the stress of the budget cuts. Others have also pointed out the lack of tangible changes to address the university’s issues.

According to Reynolds, Millikin’s financial problems were exacerbated by the pandemic but have been years in the making. To handle the financial deficit, Millikin has outlined a three-pronged plan that focuses on recruiting more students, retaining students, and engaging with alumni to encourage donations.

Reynolds and other administrators have been working on these tasks throughout the year. According to Black, this plan has been effective so far.

“Early indicators point to much higher retention rates this year than we have had for the last couple of years,” Black wrote. “This year, we built processes to examine every aspect of the work we do as a university to find efficiencies and cost reductions. It has been a collaborative and data-driven process in which administration worked closely with faculty and staff.”

In addition to cutting positions, the university will also be eliminating some majors and minors. Reynolds says the Academic Committee, which is made up of faculty members, considered which programs have low enrollment when they made these decisions.

“[People in higher education] are really good at creating things. We’re not very good at stopping things when they don’t work,” Reynolds said of the discontinued programs. “It doesn’t mean that there isn’t value in what people have created; it’s just that there’s no market out there. And so we’re going to eliminate some programs based on under enrollments and low enrollments.”

While some of the professors who are leaving currently teach in these discontinued programs, Reynolds said he does not think the program eliminations are a result of the faculty losses, though he does acknowledge there is some correlation.

“I think organizations that are successful do this on a regular basis, and it’s been a while since Millikin has done this deep of a dive,” Reynolds said. He thinks that we often reassess our priorities on an individual level, and he wants Millikin to do the same. “As an organization that cares for people, I think we need to do that on a regular basis to make sure that we’re serving the students in the way they need to be served.”

He hopes to develop a process that will encourage Millikin to reassess programs and positions every few years.

While the Millikin community will feel the loss of faculty members, administrators say that the university will see financial benefits.

“The reductions in full-time faculty positions will save $2 million annually,” Black wrote.

In addition to cuts, Reynolds hopes to recruit more students and increase support for nontraditional students enrolled in adult degree completion programs. He notes that many students will transfer to Millikin following Lincoln College’s recent closure, and his personal work engaging with alumni has increased alumni donations.

Reynolds hopes that these actions will help solidify the financial footing of the university.

“This is really a meaningful place to be, and the work that we do is really important,” Reynolds said. “And sure, there’s aggravation at times because things aren’t exactly the way we would like for them to be. But we own our future. We can control where we go. We just have to be courageous and decide this is the way we’re going…I have every confidence that Millikin will be highly successful going off into the future.”

Reynolds recognizes the “collaborative” work of the task forces and committees that made the decisions about which programs and positions to eliminate.

“I really believe that there are good things here at Millikin to come. But I also have to be a realist and have to understand where we’re at now, and what we need to do in order to put ourselves into a better position,” Reynolds said. “I think what we’ve done over the last, you know, seven months, with the work of those folks on the academic task force and the administrative task force, it’s been terrific. They’ve done exactly the things that we needed to do. They took it very seriously. And I think it’s to their credit that we’re going to be able to have a brighter future going forward.”

While the Millikin community will continue to feel the stress of these decisions, Reynolds hopes the eliminations and other work in action will improve the university’s financial situation.

“It’s not an easy process. It causes a lot of anxiety, maybe some frustration. I worry about that,” Reynolds said. “But, you know, I think that it’s important for us to do this work and to make certain that we’re doing it for Millikin University. None of us are more important than the university.”