“We have some issues that we need to solve." 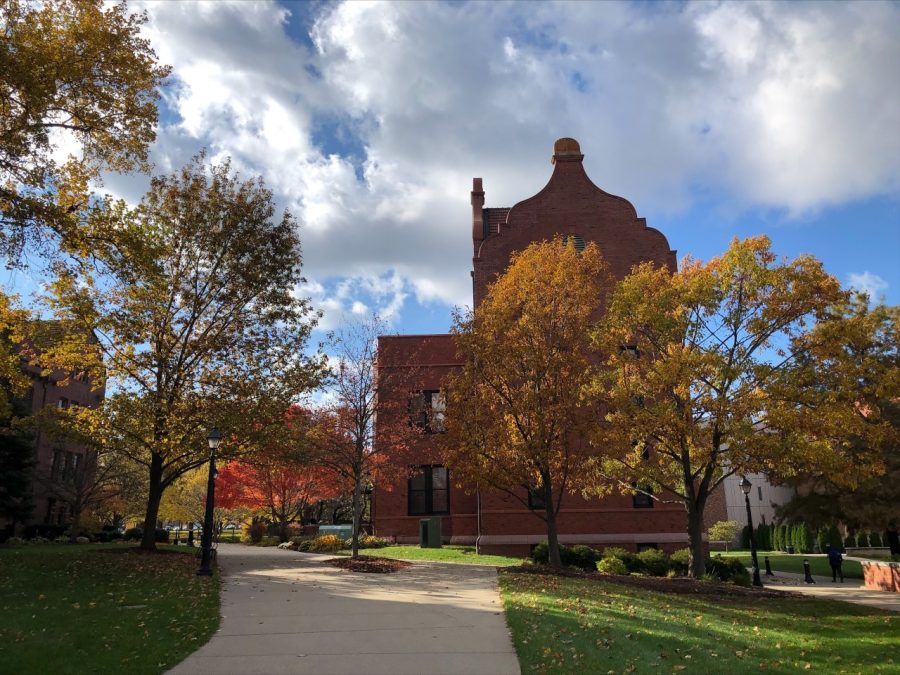 Clarification: In the following article, The Decaturian made a few statements that need to be clarified.

In the original article, The Decaturian wrote that tenure had been discontinued. That statement was inaccurate. While still existing, tenure no longer protects tenured faculty from termination if their program is discontinued. As President James Reynolds wrote: “The process we are following is outlined in the Policies and Procedures Manual for Faculty in Section 2.4.4 (Layoffs). In that section, there is a provision that tenured faculty may be terminated if there are program closures, but there is nothing about that section that triggers a discontinuance of tenure.”

Also, the statement about 10 to 15% cuts made by May 2022 is inaccurate. Current contracts will be honored but cuts will be made as Millikin navigates financial stringency.

The Decaturian strives for accuracy at all times. The corrections have been made online and a clarification will run in the next print issue.

The university plans to focus on student enrollment and alumni engagement to fix the financial deficit, but some programs and professors will likely be cut. Tenured protections from termination have been suspended during financial stringency as programs are disseminated.

“The hope—my hope too, just like everyone else’s—was that we could grow ourselves out of this, and I don’t think that can be the only way we’ll get out of this financial issue,” Millikin President Dr. Jim Reynolds said. “We have to really rethink who we are and what we do best to really focus our resources.”

Millikin currently has a $94.3 million endowment, which is the investment fund from which most of the university’s money is withdrawn. But according to Reynolds, Millikin’s financial problems are years in the making.

The COVID-19 pandemic has worsened this as young people decide not to go to college or students leave school because of pandemic-related stressors.

“The deficit has been building up over the last couple of years, probably the last five or six years,” Reynolds said. “And the pandemic has just been an accelerator…There are very few colleges and universities that don’t have concerns because of the pandemic.”

However, Reynolds encourages students not to worry.

“We’re not in any financial trouble,” Reynolds said. “We have some issues that we need to solve. We need to do that over the course of the next couple of years, I think, in order for us to be able to move forward as a university and not have to worry about these things any longer. I don’t want students to worry. We’re not in danger of closing. We’re not in danger of going bankrupt. We have an issue that we need to solve and it’s solvable…But we just can’t continue to have a deficit each year and have to pay for it out of the endowment earnings.”

Millikin has outlined a three-pronged plan that focuses on recruiting more students, retaining students, and engaging with alumni to encourage donations. Reynolds explained that this will include recruiting students from across the country and expanding programs that have a lot of interest. Millikin hopes that this will boost the enrollment rates while also increasing the student retention rate, which currently hovers around 70% from the freshman to sophomore year.

Some of the money will come from this plan, but cuts are still expected.

“Frankly, we need to think about some of the majors that we have and make a decision as to whether or not they’re still viable for us going forward,” Reynolds said. “We just have to take the resources that we have and invest them wisely.”

While it’s unclear what programs, organizations, or staff members will be cut, it’s likely that the university will stop supporting certain majors. Millikin will adopt a strategy to “teach out” students as is required by the Higher Learning Commission, the university’s regional accreditor. This means that students who are enrolled in discontinued majors will still receive their degrees.

However, these professors would lose their jobs. After a staff meeting last week where administrators spoke to faculty and staff, sources say that 10-15% of faculty, staff, and programs could be cut.

Reynolds did not confirm any specific numbers.

“It’s all of [the three parts of the plan] wrapped together,” Reynolds said. “A good review of everything that we do, making sure that we’re doing all the things we need to to educate students and deciding that maybe there’s some things we can stop doing. And that includes not just academic programs but other programs around campus…We’re just going to dive really deep over the next six months. Look at everything that we do and make some good decisions about the future.”

Reynolds believes that conversations with the faculty and data analyses will help Millikin decide what to cut and what to keep.

“This is the third time that I’ve had to do this at a college or university,” Reynolds said. “I don’t relish that. I don’t ever want to become good at this. But I know that you just have to make these decisions. You just have to decide that you want to fix this. It’s really important because I want Millikin to be here for another 120 years.”

Before coming to Millikin, Reynolds served as the president at Wilmington College, where he oversaw similar budget cuts. This included eliminating 15 positions.

Still, Reynolds urges the Millikin community not to worry. He says that Millikin is not in the same position as MacMurray College, a university in Jacksonville, IL that closed permanently last year amid the pandemic and financial difficulties. Many MacMurray students transferred to Millikin after the college closed its doors.

As Millikin attempts to raise more money, Reynolds has set his focus on alumni. The new buildings, including the Center for Theater and Dance, were built with money from alumni out of a different fund. The goal is to channel future donations into the endowment fund.

Reynolds and his wife travel to different cities to network with alumni every month. This was also his role at Wilmington College, where he oversaw fundraising campaigns that ultimately raised $21.2 million.

Millikin is also developing more financial aid programs to entice incoming freshmen, and the admissions office has been recruiting students from nearby states to expand Millikin’s reach. As the university resumes in-person admissions events, Reynolds hopes that the experience of being on campus will convince students to study at Millikin.

As professors and students alike wait for updates about what programs and positions will be eliminated, the university is preparing to put their plan in action.

“We have the resources that we need right now, but we just can’t continue to do this, and we really have not taken a hard look at where we’re at for a long time,” Reynolds said. “I just don’t think that there’s any way forward for us if we don’t do a really good review of everything that we do and make some difficult decisions.”