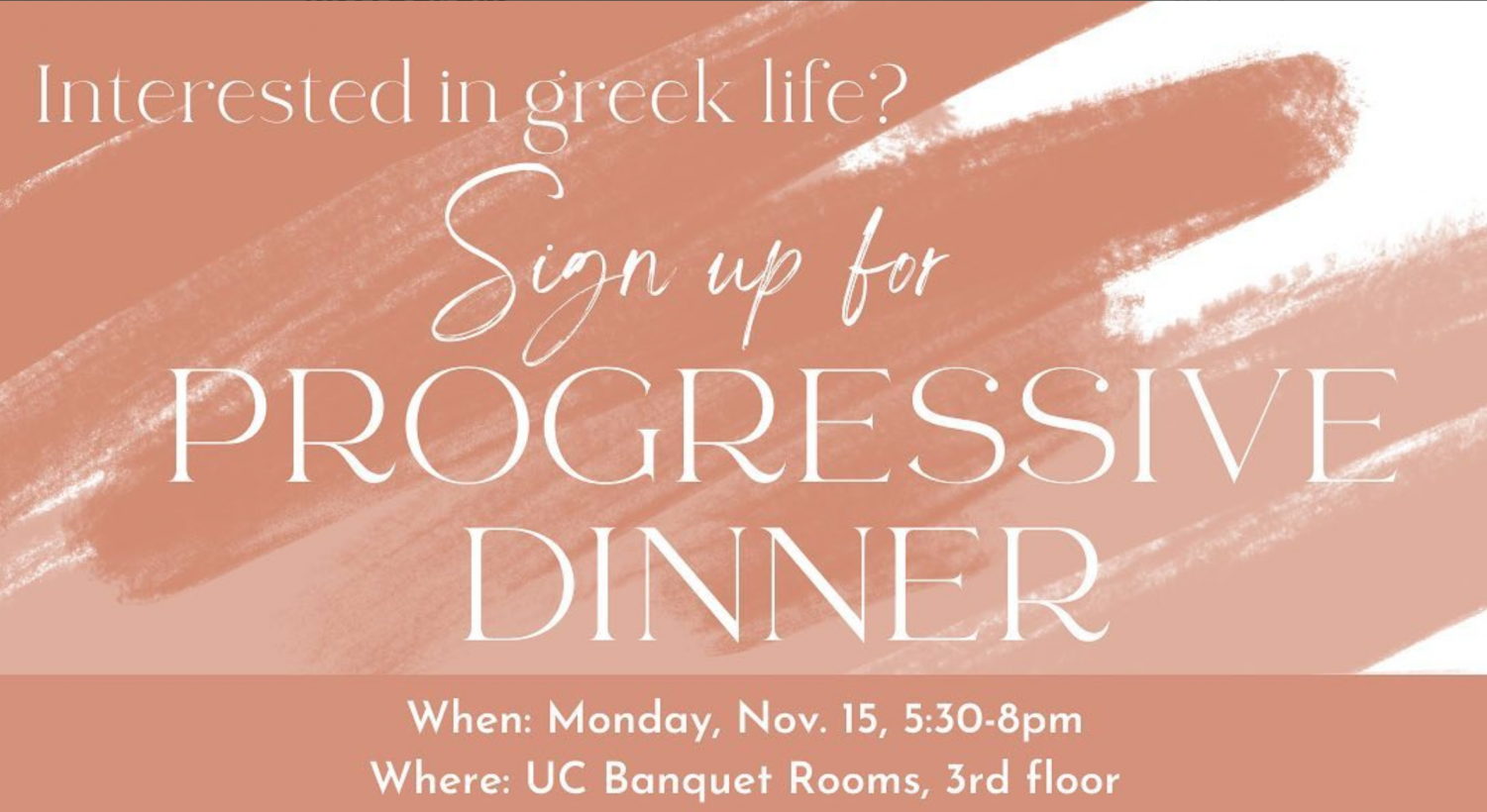 Of Millikin’s many Greek organizations, three of the five sororities on campus – Pi Beta Phi, Alpha Chi Omega, and Delta Delta Delta – make up the Panhellenic Council. These sororities are open to all female-identifying and non-binary students regardless of cultural identity. While formal recruitment won’t begin until the spring semester, the Council is hosting the Panhellenic Progressive Dinner on Monday, November 15th at 5:30pm to preview each sorority, so students interested in Greek life can get a sample of what the recruitment process looks like. I spoke with PHC President Greta Jacobson to get the inside scoop on the benefits of Greek life and more information on the ins and outs of the Panhellenic Progressive Dinner.

Jacobson said that the dinner is “basically a preview to what formal recruitment looks like in the Spring.” Those who decide to attend will take a brief tour of all three sorority houses, eating one course of the meal at each house, and get a chance to talk to current members of each sorority; there will also be a presentation by the members of the Panhellenic Council about Greek life with the opportunity to ask questions about the recruitment process. Jacobson believes that this dinner is the ideal way to figure out if Greek life is for you; she says, “For some people, this event sparked their interest in Greek life because of the meaningful conversations they were able to have with current members. For others, attending this event helped them realize that Greek life might not be something they are ready to participate in at that time. Both outcomes are totally okay, as everyone is able to learn something new about themselves.”

If you’re feeling unsure about whether you should attend because you don’t want to get locked into joining anything, there’s no need to worry. Jacobson said, “Since this is just a preview of recruitment, there is no commitment to joining an organization or even going through the formal recruitment process at this time.” She also mentioned that it’s worth attending even if you’re still on the fence about the general concept of joining a Greek organization, saying, “the only way to find out if this might be a good fit for you is to try and see what happens.”

When asked about the benefits of Greek life, Jacobson told me that her favorite aspect is “the opportunity to make core memories with the people I care so much about.” Like many other people who are members of a fraternity or sorority on campus, she mentioned how nice it was to get to know people outside her major and courses. Jacobson emphasized how happy she is to have surrounded herself with the people she’s met in Greek life throughout her time at Millikin. She said, “Greek life has helped me make the most of my Millikin experience, and for that, I’ll always be thankful.”

I’m personally excited to attend the Panhellenic Progressive Dinner. While I never thought I’d be interested in joining a sorority, after arriving on campus and seeing how many people love Greek life and the close friendships they’ve made through it, I’m eager to learn more. Perhaps I’ll see you there!