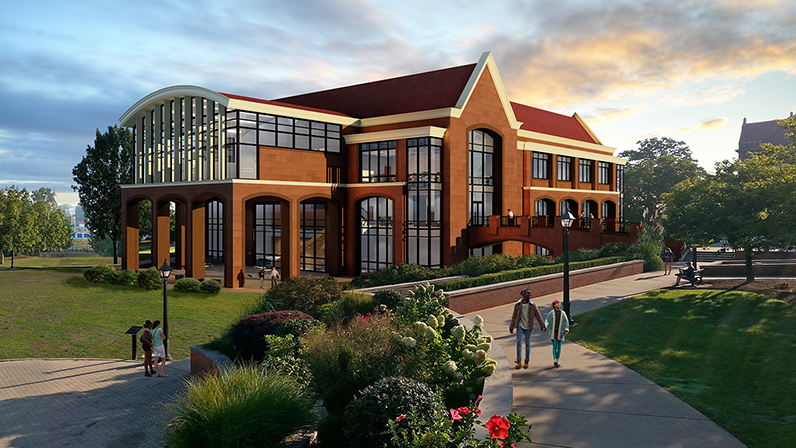 Years of built-up tension are coming to light as BA students discuss mistreatment by BFA majors and SOTAD faculty.

On Tuesday, September 1st, Hannah Ottenfeld, a senior BA theatre major with a dance minor, made a post on Twitter saying, “the worst thing an MT [Musical Theatre] ever said to me was…” After seeing the replies, she took to Facebook.

"Chelsea Sunrise" Will Rise Through the Theatre World 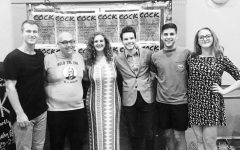 “My twitter post was literally completely unrelated to any of the BA/BFA division,” Ottenfeld said. “My roommate’s boyfriend was telling a funny story about one of his friends that started with the quote, ‘The worst thing an MT said to me was…’ and the phrase just struck me as funny so I tweeted it.”

The division Ottenfeld mentioned has to do with the treatment of BFA (Bachelors in Fine Arts) Musical Theatre and Acting students towards BA (Bachelors in Arts) Theatre students or students majoring in other important areas of theatre.

Some of the replies she received include, “if you were skinnier maybe you would’ve made the program”; “while I was auditioning for their class, asked me about my degree. When I said ‘BA…’ I didn’t even get out of Theatre because there was an AUDIBLE scoff. They never even emailed me a rejection.”; “if I were to get redirected I would literally kill myself because I can’t surround myself with people who weren’t made for theatre but can’t handle that”; “why are non-performance majors getting casting opportunities before actual performance majors? I work so hard.”; “The BA Program is just for people who aren’t good enough to be BFA so we should just get rid of it.” And finally, possibly one of the worst ones, a professor telling a class full of BA students, “So, do any of you still consider yourselves performers? We really need audience members.”

As a BFA Theatre major, a rigid structure of classes are assigned at the beginning of the student’s collegiate career, and one must audition to get into these programs. BA Theatre majors do not have to audition, but are given the opportunity to explore many different avenues of theatre, such as playwrighting or dramaturgy.

“I definitely think that it affects students pursuing their BA,” Ottenfeld said. “I know I and many others experienced difficulty in certain classes, particularly Acting II, because there is a foundation that is set up in Beginning Movement for much of the curriculum in that class. First year BAs do not take Movement, therefore we start off the class with less knowledge than our BFA Performance counterparts and struggle to keep up with terminology and concepts that were already taught the semester before.”

The lack of preparation for a class still available to BAs and the restrictions on our learning does more than harm our chances of being prepared for working in the theatre industry.

“As someone who intends to direct, I would have loved the ability to take Stage Dialects as I think having the knowledge and skills that I would gain from that course would make me a more marketable artist and be helpful in my future as a director,” Ottenfeld said. “However, it’s not available to me. The faculty has addressed this by saying that the programs are different and therefore have different courses available. Which I don’t have a problem with, but I think we need to evaluate why certain classes are not available.”

Along with her studies, Ottenfeld has assistant directed a mainstage show, and she choreographs for Pipe Dreams Studio Theatre, as well as writing and organizing performance opportunities for her fellow students. In the Spring, Ottenfeld will be directing Pipe Dream’s production of Spring Awakening.

Hurdles and redirection are an element of BFA and BA majors. Sometimes, a BA student will test to hurdle into the BFA program, or a BFA student will be redirected to BA for any number of reasons, which is not necessarily a bad thing, but which is dreaded by many BFAs, possibly because it has often been referred to as “moving down.” Additionally, BAs are restricted from taking classes many BFA majors take, such as Voice for the Stage, Dialects, and Advanced Scene Study, which might also affect the way BAs are looked at.

Unfortunately, over the past few years, and assumedly longer according to alumni on Facebook, BFA Musical Theatre and Acting students, and even professors, make degrading comments to BA theatre students.

“I think that some of the faculty have done their part to not perpetuate this hierarchy,” Ottenfeld said. “I know, at least my freshman year, there was a lot of intentional discussion about the degree programs being equal and not thinking less of anyone else. I remember there were a few meetings held with students who were reported to have been acting unfairly to BAs and it seemed to help the problem. However, as I have seen in the replies to my tweet and stories from alum and current students, other members of the faculty are still upholding these grossly deluded ideas that a BFA makes you more talented or superior to others. I know that these issues, particularly regarding faculty, have been addressed by SAC [Student Advisory Council] to no avail. I suppose it is a situation of ‘You can’t teach an old dog new tricks.’ I truly think that it is such a widespread issue in the student body due to the words and actions of specific faculty members.”

Ottenfeld also suggests adding more professors geared towards helping and directing those in the BA program.

“I felt particularly slighted after hearing that SOTAD would not be replacing Sarah Crockarell who taught a great many courses that I was interested in and that were applicable to my major,” Ottenfeld said. “I think that faculty need to rethink the reasoning behind some choices and listen to students about what they want out of their degree and why.”

While some faculty members are strong supporters of the BA students who want to explore every aspect of theatre and make the most of that degree, whether through performing or not, there are still a multitude of teachers who uphold the notion that the “F” added to your degree makes you grander than your peers.

“I know many BAs have struggled with self-worth,” Ottenfeld said. “The hierarchy perpetuated through SOTAD regarding BAs and non-performance BFAs has whittled many of us down to believing the things we hear from our peers and professors. I’ve heard firsthand that my BA friends struggled to believe in their talents and skills because of their program.”

No degree program should make you feel belittled and bullied, especially if you’re paying a lot of money for it.

This is an ongoing problem at Millikin that can no longer be swept under the rug, and people are trying to resolve it. BFA Musical Theatre and Acting students have commented saying the harassment of non-performance BFA majors and BAs must end now, but they must show up as well as speak up. They must call their peers out for these underhanded comments, and recognize whatever bias they hold within themselves, as well.

“I have admired students from each and every degree in SOTAD,” Ottenfeld said. “I have gained much from my time as a BA, and I’ve watched my friends in BFA programs shine. We’ve all put in so much to our paths to the real world. I wish everyone could see that and respect it.”