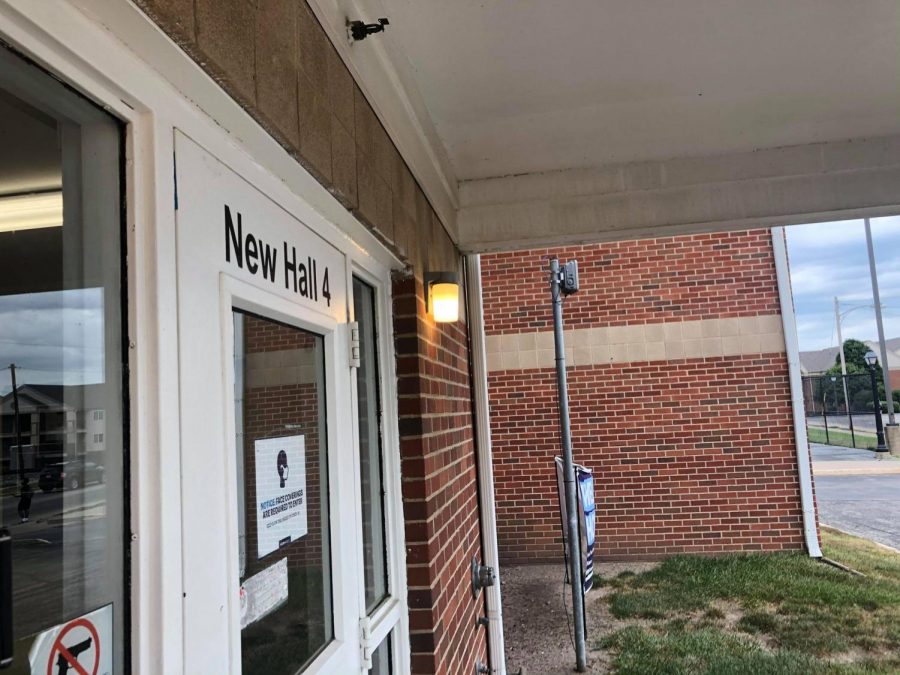 New Hall 4 residents received a terrifying email on the night of September 2. It started out with the numbers.

“Eight positive Covid-19 cases have been reported and traced back to contact with individuals within New Hall 4. Of these 8 students, 2 are isolating at home, and 6 are isolating in a campus isolation facility,” the email said.

But what does this mean for the handful of residents living in New Hall 4?

Masks are mandatory while walking the halls of the dorm, using a shared restroom, or the laundry facility. They are not allowed to leave the building unless they need to seek medical care or if they have been approved to leave. Meals are being delivered to the residents, and face-to-face instruction is not allowed until the quarantine officially ends on September 16.

While New Hall 4 isn’t a Living Learning Community (LLC), it does have a few Honors and Edge students.

Six of the confirmed cases are directly out of NH4, but the University is expecting more positive cases to appear as soon as pending test results for residents of NH4 return.

As of the update at noon on September 3, Millikin has had a total of 14 cases, but 3 have recovered.

“We are being very aggressive, more aggressive than CDC guidelines. And in many cases, we are looking at secondary contacts to positive cases to ensure those students are not attending any face-to-face classes or gatherings,” Prange said.

Athletics are being pushed back to September 16, and  student-athlete COVID-19 testing will begin the week of September 9th.

Although the entirety of New Hall 4 has been placed in quarantine, some students with connections to the hall have been asked to quarantine as well.

“All students who have been identified as having had any contact to a positive case — even those outside of New Hall 4 — are being asked to quarantine in their residence,” Prange said.

Students that have been exposed to a New Hall 4 resident without a mask can contact Paul Lidy (Dean of Campus Life) at [email protected].

Students are reminded to wear a mask and social distance whenever physically possible in an effort to prevent the spread of the virus.