Science News: We’re Closer to Irreversible Change Than Ever Before 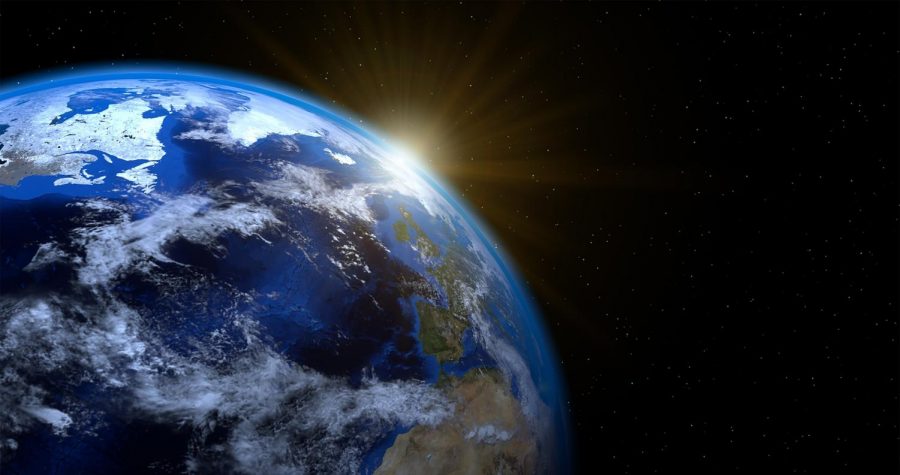 The World Meteorological Organization (W.M.O.) has released a press release in which it illustrates the changes and problems that 2019 has experienced. In this report, W.M.O. says that “the year 2019 concludes a decade of exceptional global heat, retreating ice and record sea levels driven by greenhouse gases from human activities.”

The latter part of the decade saw the hottest temperatures that the world has ever recorded. The average temperature of the Earth from January to October of 2019 “was 1.1 ± 0.1 °C above pre-industrial conditions (1850-1900).”

At the rate that warming is going, we are quickly approaching an increase in temperature that will lead to catastrophic consequences.

The Earth’s temperature has been warming faster since we discovered fossil fuels, and according to “Vox,” we should be alright if we remain at a 1.5 °C increase within the next century. It was previously thought that we would also be okay if we even ended up above a 1.5 °C increase but below 2 °C.

But, as it turns out, our safety zone isn’t as safe as we thought it was. If we reach between 1.5 °C and 2 °C, it could lead to large consequences, including the death and destruction of coral reefs and the displacement and millions of people being thrown into poverty according to a U.N. report last year.

According to “Time,” “Only five countries in the G20—a forum representing 20 of the world’s biggest economies—have committed to eliminating their carbon footprints.”

The Gambia and Morocco have seen large cuts in carbon emissions and are expected to remain below the 1.5 °C limit. If all countries meet their Paris Agreement target, which was keeping below the 2 °C target, the world will see a warming of 3 °C. This is far above the supposed “safety zone.”

As of 2019, countries like the U.S., Saudi Arabia, and Russia have far exceeded their target emissions. The U.S. has hit over four times its emissions goals and is currently lying between three and four times what it promised in the Paris Agreement. Seven of the countries in the G20 are failing to meet their goals, according to “Time.”

So, what happens now? The planet is set to warm more than twice the safety limit and may even reach a 4 °C increase. If that happens, the plant will see humanitarian crises and a sea level rise of up to 32 ft. There will be enough droughts and heatwaves that some parts of the world will become uninhabitable, “and the extinction of half of the planet’s species,” according to “Time.”

We’re already seeing the effects of climate change in the form of changing precipitation patterns (the Indian Monsoon was delayed), more rainfall (the twelve month averaged rainfall over the United States was the highest on record), which caused flooding. There were also droughts that affected parts of Asia and the southwest Pacific in 2019, heatwaves that occurred in Europe, wildfires, and tropical cyclones.

Along with all of this, the Arctic permafrost is thawing.

“By 2016 the permafrost had already thawed at depths not expected until 2090 under a model of ‘moderate’ global warming,” according to “The New York Times.” The permafrost contains dead vegetation kept there for hundreds of thousands of years. Due to this, it also contains a lot of carbon. Some estimates say that it contains twice the amount of carbon that is currently in the atmosphere. The melting of the permafrost and the subsequent decomposition of the frozen vegetation would release this carbon.

There will be unprecedented consequences to global warming, and it will cost thousands of human lives and trillions of dollars. Thousands of people will be displaced, and habitats will be destroyed. Climate change is now inevitable, but we have the power to lessen the already catastrophic consequences. But it will take all of the world to do so.