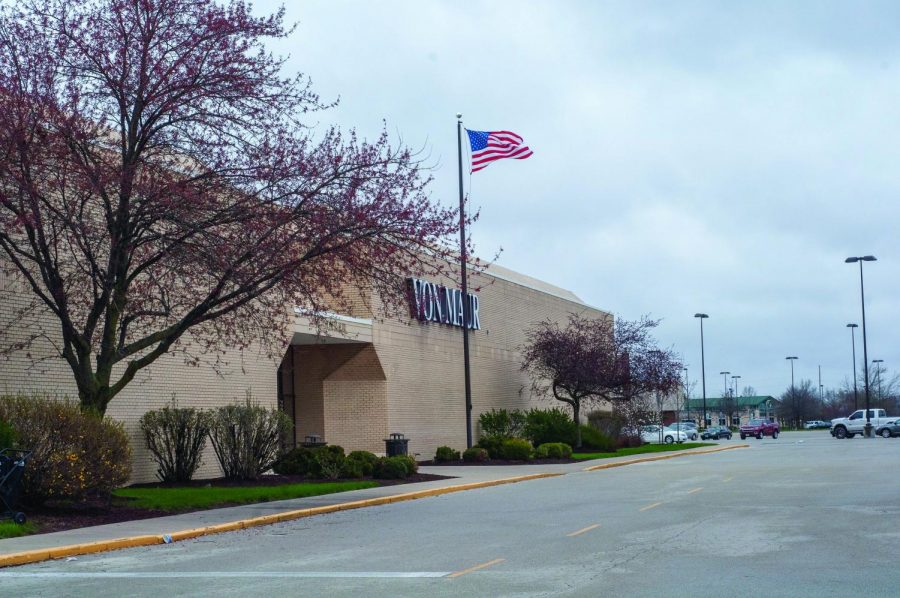 Hickory Point Mall in Forsyth, Illinois, has witnessed a strong surge of crime in the past few weeks.

As the school year ends, middle school and high school students get antsy with the idea of summer. Teenagers look for a place to blow off some of the steam that comes with the end of the school year. In Decatur, that place is Hickory Point Mall.

The mall’s Code of Conduct states that “attendance by any minor during school hours when unaccompanied by a parent, teacher or legal guardian,” is strictly prohibited. School hours are not the issue. The problem comes with kids loitering in the afternoons and on the weekends.

With the closing of Bergner’s, MC Sports, Book World, and many other stores, the mall has become less of a shopping mall and more of an after-school-hangout. Kids will walk around the mall not to shop, but to float from store to store killing time.

The Code of Conduct also prohibits “any disturbing of the peace” and “any conduct that annoys or disturbs others in the shopping center.

When the number of bored teenagers grows, so does the likeliness of an altercation. It only takes a couple of loud voices or an inappropriate argument to draw the attention of the customers. These alerted customers then turn to mall security or the sheriff’s office.

Complaints about rowdy juveniles in the mall have been increasing in the past few months. The Macon County sheriff’s department and mall employees believe this tension is due to that feeling of “cabin fever” Decatur’s student population is experiencing.

“This issue happens this time of the year,” said Lt. Jamie Belcher.

Lt. Belcher is a public information officer for the Macon County sheriff’s office. Belcher said that when students act rowdy it puts other mall visitors on edge.

A mall employee reiterated this theory.

“I’ve noticed that during the better weather seasons it [physical or verbal aggression] tends to be more frequent,” said Nevada Shinneman.

Shinneman has worked in the mall for about three years and has experienced only three physical fights in her area of the mall but has witnessed hundreds of verbal ones.

Belcher said that the sheriff’s office now receives four or five calls in just a weekend regarding disorderly young teens. He said most of the time the calls are just about verbal arguments, but there have been calls about physical violence or fights.

Mall security has yet to speak out on this dilemma to the public. However, the sheriff’s office has taken multiple steps to handle and publicly address the problem at hand.

“Education is the best way to do it,” Lt. Belcher said.

This education is not referring to the actual students, but rather their parents. Belcher said the first move the sheriff’s department makes in these situations is getting ahold of the parents.

Belcher said that about 9 times out of 10 the parents are not even aware of their child’s location. Kids are often dropped off at a friend’s house and then leave for the mall without telling their parents.

Lt. Belcher spoke out about this exact problem in a video broadcasted on WAND this past month. (Look at the end of the article for the link to the video). The video was directed towards parents.

“We always try to encourage the parents to never leave your kids out in a public setting like that unsupervised,” Belcher said in the video, “Know who your kids are hanging out with. Know where your kids are going.”

After multiple physical fights, including one that ensued directly in front of the play area, many Decatur residents are questioning their safety in Hickory Point Mall. The mall is usually known as a family friendly place.

Despite what has happened, Lt. Belcher and Shinneman both firmly believe a mall is still a safe place for people of all ages.

“Oh yes,” Belcher said when asked if families with small kids are still safe to come to the mall. He went on to say that anywhere you go things like this could happen and that it is the students that need to keep themselves in check.

Shinneman said that while the mall is a safe place, some changes to security could benefit the mall. She went on to suggest having more security guards or officers nearby to be available in case of emergencies.

Mall security could do more. However, it is up to every person that visits the mall to help stop the violence. Speaking up and saying something can keep fights from blowing out of proportion.

In the end, the mall is still a safe place to shop or eat, but staying alert is always important.

Once summer hits, hopefully, the cabin fever will end. Kids will find a new place to hang out and order will be restored in the mall. Until then, be proactive by calling mall security, the sheriff’s office, or simply 911 when any sort of disturbance or recklessness starts to take place.