Are You a Videogamer? What Are Your Health Risks? 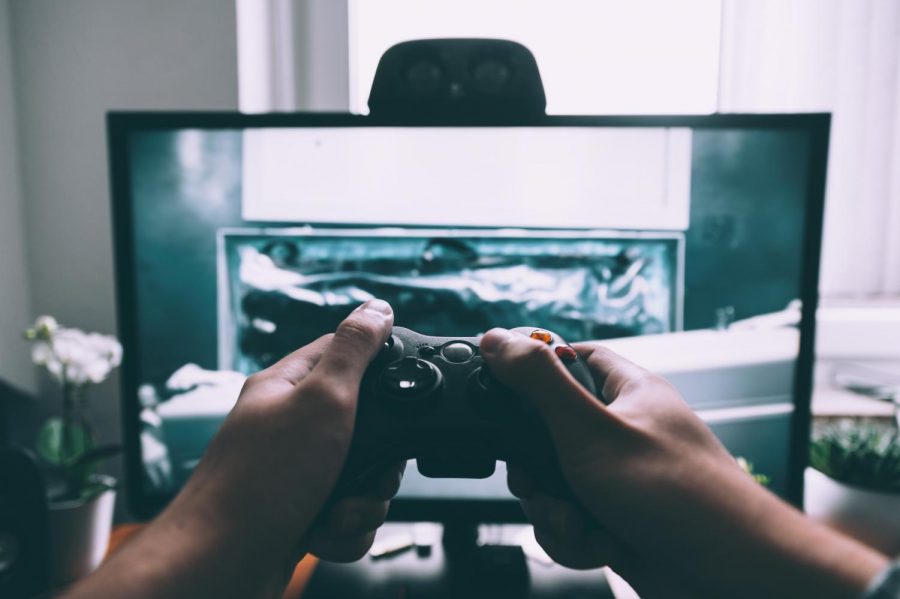 As an avid gamer, I admit to having spent countless hours in front of a television screen becoming totally immersed in video games. From XBOX to the Switch, role playing games to Fortnight, the number of
gaming options available to players are truly endless. Growing up in the modern age of technology, I have experienced the evolution of video games and believed I wanted a professional career in the gaming
world.

However, to my dismay, my twitch speed would never develop to be as quick as some well-known players featured in televised tournaments. The harsh reality is that these players have sacrificed much to achieve greatness and as no good experience is perfect, video gaming has been shown to have positive effects along with a controversial potential to cause health risks.

As markets become saturated with more games, ranging from Indie to upcoming hot titles, people are facing more temptations to sit in front of a screen from dusk till dawn. Research has shown that certain pathways in the brain, where dopamine is produced, become active when people are playing video games.

This is the brain’s pleasure pathway and it can be said that if video gaming did not increase dopaminergic activities, we could conclude that video gaming is no fun.

However, researchers relate the rise in dopamine levels from video games to about the same degree as eating a pizza slice or a bowl of ice cream. Additionally, other studies have shown that extensive gaming can increase specific areas in the brain associated with spatial memory, navigation, problem solving, and decision making.

When examining a possible association between a violent video game with enhanced aggression and reduced empathy, the researchers focused on interactions between each group to determine an analysis. Within a four-month period that ended with a total of 208 statistical tests, Kühn et al. (2017) concluded that there were no negative effects of violent video gameplay.

In contrast, other experimental studies have investigated relationships between short-term effects of violent video game exposure with increases in aggressive thoughts.

However, these effects, if present at all, were short-lived, potentially lasting less than 15 minutes, and are far from consistent as multiple studies have failed to demonstrate or duplicate similar results. Research has shown that the bulk of video gamers, including those that spend countless hours immersed in games, are equal with non-gamers in terms of being healthy psychologically, socially, and physically.

Nevertheless, the American Psychological Association (APA) is considering the addition of Internet Gaming Disorder (IGD) to their official manual of diagnoses based on the same research showing that a small percentage of gamers are suffering psychologically in ways that are not facilitated by gaming and possibly worsened. In a correlational study, Stockdale & Coyne (2018) found that undergraduate students who admitted to being video game addicts displayed emotional difficulties and felt more socially isolated when compared to nongamers. As a correlational study, however, it is difficult to determine to what extent video game addiction surmounts as the cause or result for these findings.

Many of these detrimental effects have been concluded to occur due to prolonged hours of playing video games without taking a break.

In an attempt to avert possible health risks, the video game industry has developed opportunities to promote positive gaming, such as modifying controllers based on user feedback, encouraging frequent breaks, standardizing guidelines against the use of flickering lights that may increase incidences of photosensitive epilepsy, and creating exergaming, a newer form of gaming combining games with physical activity.

Playing video games is one of the most popular leisure activities in the world and multiple studies and debates have been discussed comparing positive and negative implications. Previous beliefs purporting negative health risks associated with video games may now be debunked as seen in several reports.

Furthermore, video games have been used in positive clinical situations including pain intervention and occupational therapy.

Although I see myself as an avid gamer and not an “addict,” I continue to believe that all good things can be done in moderation, especially when trying to achieve a perfect Gamerscore or acquire a Platinum trophy.