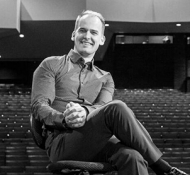 On September 22, conductor Dr. Sergey Bogza made sure that the Millikin-Decatur Symphony Orchestra put on a performance that surrounded everyone with music.

The music filled the Kirkland Auditorium and gave many a sense of calm at the beginning. Once it really got going and the crescendo of the music happened, it was like a burst of emotion. It was calm, then it was a sense of something drawing near. There was a question of what’s coming next.

Music provides a way of understanding those emotions and when listening to something that is classical being done in a very imaginative way, it opens the eyes to everything that can be swirled together.

The first part of the program consisted of Rhapsody on a theme of Paganini and “Rhapsody in Blue.”

“With Rhapsody Blue the clarinet opener was well done, and the musicality of the pianist was on point,” Eric Wattleworth, the father of one of the oboe players and band director for Warrensburg Latham High/Middle School, said, “I was surprised because I am very familiar with the piece, but it was my first time hearing that clarinetist play. I was very impressed because that is not easy to do.”

Another player that stood out was the pianist, Michael Davidman, who was very lively and threw himself into the music. It wasn’t just his music that drew everyone in, but his expressions throughout the performance just enthralled the audience. The pianist did a wonderful job of being entertaining in the most musical way.

He was so into the music that it was like he got lost in the notes and moved with them. There were several good things that happened throughout this performance and Davidman’s expressions and movement were most definitely a wonderful surprise from such a seasoned pianist. For a freshman that may not have been to any performances on campus, this was a season opener and a show.

To introduce the show, Dr. Bogza even gave a shout-out to the 100 marching band students that came to the performance.

The performance was so vibrant and out-there with the way the notes were played and how they executed the show. In the end, this performance has set this group on their way to being not only diverse, but also expressive and fun.

Amazing is one of the only ways to describe this performance. Everything was well done, and it was a show that opened everyone up to classics that may not be known the way that it was taken on.

Mr. Wattleworth was very impressed with the performance and he really enjoyed the pianist as well as the overall performance.

The flow of the music could have affected anyone in a different way, but a sense of calm was the first thing that this performance brought into the auditorium. Everyone stood after every performance and the auditorium was filled with clapping and cheers for everyone up on the stage from the students, the faculty, to the professional performers.

The other impressive thing that shocked some in the crowd was the three sets of two trumpet players on all three balconies to end the performance. That was an amazing way to end the song as well as a shock for those that weren’t prepared for that sort of finale. For a first experience at Kirkland, that performance would have been the best introduction into the orchestra.