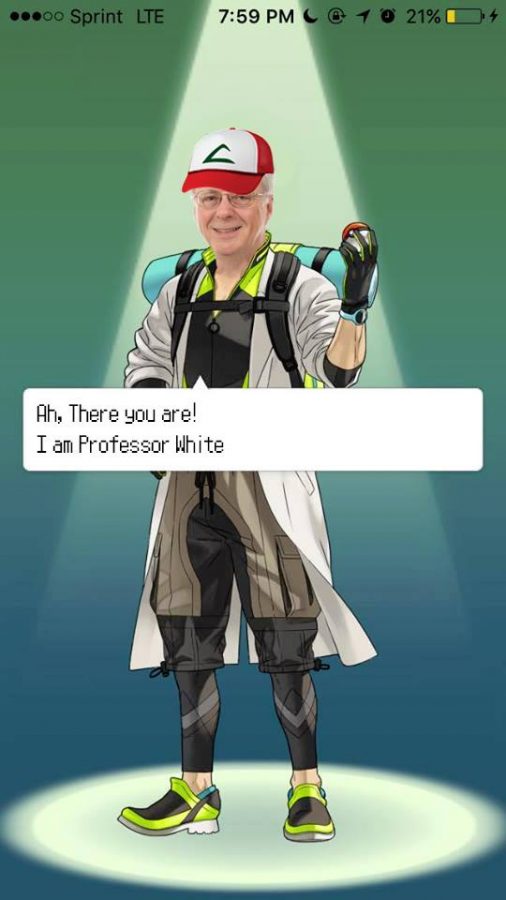 On July 6th, 2016, Pokémon GO was released, and Millikin University, and the surrounding Decatur area, was changed forevermore. Hours after the release, what felt like a ghost town was soon bursting with life. People that had spent the summer hiding in the comfort of the homes, began exploring the outside world with phones in hand.

With classes starting back up, the popularity of this app has only grown on campus. People can be seen between classes battling gyms, catching Pokémon, spending time at PokéStops, and hatching eggs. Those of us participating in this phenomenon no longer have to fear those awkward gaps between classes because of the abundant number of gyms and stops just on this campus. Even though Niantic didn’t quite get the placement of some, or most all, PokéStops right, it is easy to become a Pokémon master at Millikin.

However, there are some concerns with this game on campus. No, this isn’t about the people accidentally walking into a light pole while trying to capture their 100th Pidgey. The most prominent issue is people playing the game instead of paying attention in class. If you are having classes at Scovill, or the SPEC this isn’t as much of a problem. The real trouble is from the classes in Shilling Hall. In most classrooms, people are able to reach a PokéStop, or two if they are lucky. Allie Wilson, a senior at Millikin, said, “It can be an issue and distracting during class. In one of them there is a guy who plays during class collecting stuff from the PokéStop every five minutes.” Even if it only takes a second to do, this could end up being a major problem in the future.

Professors across the nation are coming up with ideas to combat this issue. The most popular is a sign detailing what will happen if students are caught playing the game in class. Consequences range from Poké Balls being completely wasted to teachers transferring the student’s highest level and rarest Pokémon. If teachers can’t spend the hour catching Pokémon then neither can students.

Although Pokémon GO may cause a few issues in class, it has done something to this campus that outshines any problem. This app has given students and teachers from every school and department a way to connect with one another. While Pokémon players will always hold a special place in their hearts for the traditional games, Pokémon GO has given fans a way to share their love for this fandom. There will always be a time where playing the other versions will be fun, like when the servers are down, but having the chance to go out with others to catch these virtual creatures is a chance students aren’t going to ignore. In fact, to all you Pokémon trainers and lovers out there, Millikin is partnering with the Dennis Lab School to host it’s very own Pokémon GO event happening on The Quad, September 15th at 6pm.

The students here at Millikin University never miss an opportunity to catch these virtual creatures with their friends. As a matter of a fact, the day Pokémon GO was released, Pokémon GO @ Milli, a Facebook group was created. Throughout the summer, students posted about the game and their experiences. Whether a student was in a town, where they could maybe find a Caterpie on a good day or in a city surrounded by never ending Pokémon, they bonded over those moments. There were even students on campus over the summer that made sure to post screenshots of Millikin so everyone would know where all the gyms and PokéStops were.

Since the beginning of the semester, this Facebook group has only continued to support each other’s Pokémon journeys. On a daily basis, members will post to inform each other when and where a rare Pokémon is at, ready for capture. They have even started to point out the hot spots off campus to go Pokémon hunting. Catie Forthofer, a Millikin senior, recently posted, “I went to the Steak ’n Shake on Pershing last night and I’d heard it was lit but I didn’t realize how lit.” It is only a matter of time before this group discovers all the best places in Decatur for Pokémon hunting.

With it only being a few weeks into school, it can only be imagined how much more, Pokémon GO will grow on Millikin’s campus. With all the updates to the app that are expected to come soon, it wouldn’t be surprising if more students and teachers began playing. To all the Pokémon GO players on campus: good luck, and happy hunting.