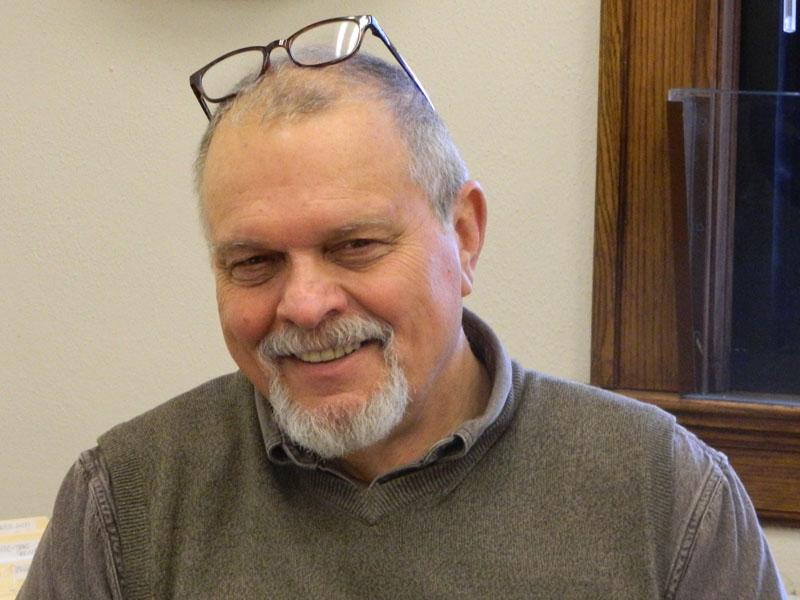 After 40 years of service at Millikin University, Registrar Walt Wessel announced last week that he would be retiring. Wessel, who claims to be at full retirement age, has been contemplating this decision for some time now.

“My wife and I have been contemplating taking some trips, work in the yard, live in the country – there’s a lot to do out there,” he said. “I think it’s time. I don’t want to wear out my welcome.”

Interim President Rich Dunsworth was saddened by the news, but believes that Wessel has earned his retirement.

“Having known Walt since the early 90s and working with him almost daily for the last 10 years, it’s hard to imagine Millikin without him,” Interim President Rich Dunsworth said. “I know that he and Mary have been contemplating this for some time, and I am thankful that he chose not to retire a few years back. I have learned much from his instruction and am a better higher education professional, better husband and father having had him in my life.”

Wessel attended Millikin as a student in the late 1960s, originally pursuing a music degree and playing football. Like so many students before, he decided to change his degree – graduating in January 1969 with a degree in psychical education and history. After two years in the U.S. Army, Wessel accepted a position here at Millikin as an admissions counselor in March 1973. Fourteen years later, he became the university’s registrar and has been there ever since.

Some highlights of Wessel’s include the implementation of web access to services that used to require students to stand in line to obtain, making the Registrar’s Office more accessible to students.  Others include serving as Dean of Enrollment, being elected to the Millikin Athletic Hall of Fame and being Assistant Soccer Coach as Millikin started its first soccer club and then intercollegiate sport working with the true founder of the program, Dr. William Bodamer.  He took Bodamer’s “Man and Religion” class his freshman year at Millikin, and they’ve been friends ever since.

“I’ve been blessed to be here,” Wessel said. “The people are phenomenal. Working with people like Jim Kettlekamp, Jack Allen, Larry Pauly, Lyn Stoner, Bryce Boston and my current staff, Karen, Nancy and Jade are super.”

Students are also blessed to have Wessel as a mentor and guide.

“Walt has been extraordinarily helpful and available – especially with the transfer and study abroad credits I have had to work with,” senior Sierra Goldberg said. “He was a great asset to this institution, and he will be sorely missed.”

Not all has been happy-go-lucky for Wessel, however. In 1985, he was approached by then provost Tom Flynn who asked him to be the dean of enrollment management on top of his registrar position. What was supposed to be two year commitment turned into 10 years.

“It gave me high blood pressure, but it was a great learning experience.”

Wessel also saw the elimination of the religion department, which he thought was one of the institution’s bigger mistakes.

Millikin has recently been seeing numerous transitions within its faculty and administration. Wessel says that the changes have impacted his decisions a little bit.

“Barry Person has been the best vice president I’ve ever reported to. He’s really great to work with, and it disappointed me a little when he decided to step down. I’ve served no fewer than six out of the 14 presidents; I don’t really feel like breaking in number seven.”

Just as with the other faculty openings, a search committee will be assembled to search for the new registrar. At this point, no official word has come out with possible replacements for the position.

With retirement on the threshold, Wessel and his wife have already planned their first trip out east to visit his son John and to visit the state of Maine. However Wessel plans on staying in the area and will be seen in the community and on campus for events. Although he will be greatly missed, the campus community expresses their gratitude for his years of dedication to students.

“No matter the questions, Mr. Wessel seemed to have the answer, or he knew where to direct the question,” Senior John Blakeman said. “This, I think, is reassuring to students – having a resource person like him. I’ve heard from many students that Mr. Wessel has been more than willing to sit down and figure out requirements and whether certain credits counted or not. He will be missed.”