A Spotlight on a Benjamin A. Gilman International Scholarship Recipient 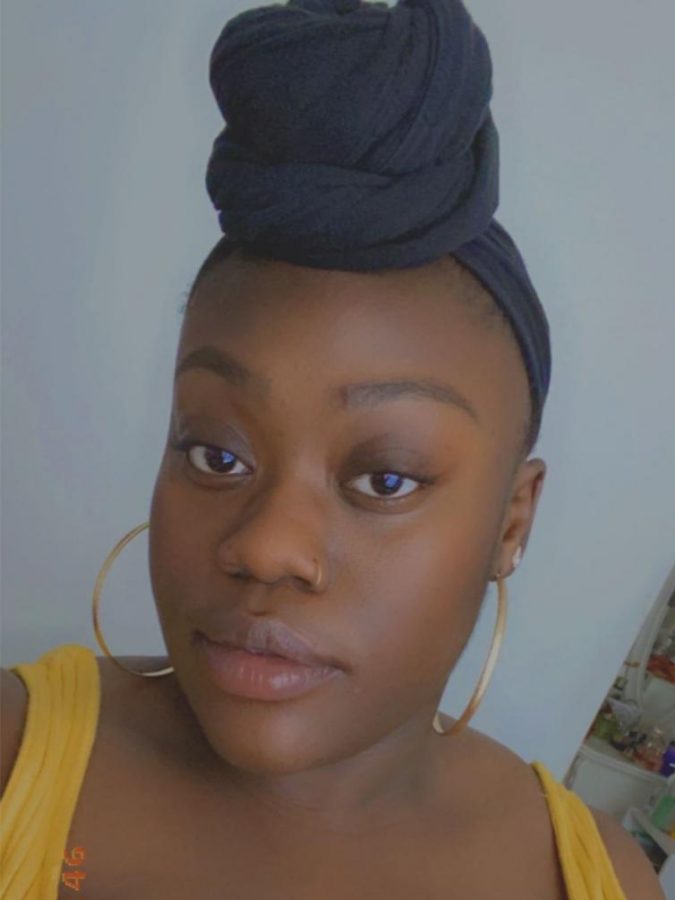 Oluwafunke Odufuwa, or “Funkè,” as she is sometimes called, is the first Millikin student to receive the Benjamin A. Gilman International Scholarship, a $5,000 scholarship to study abroad, in years.

It takes vision and dedication to receive this lucrative scholarship, and Odufuwa has both. However, at first, she was shocked to receive it.

“I don’t know, I just underestimated myself, like I undermine myself sometimes because, like, I did it hoping to get it,” Odufuwa said. “But at the same time, it was like I wasn’t getting my hopes up because, it’s like, there’s so many other people out here, like, what will make them choose that application?”

She needed to submit three essays, each asking about different aspects of her vision. She had five different people look over them before turning them in on the last day.

One essay was about how she wants to use her study abroad experience to impact the campus.

“So I just basically expect the organizations or whatever that I was involved with on campus and how I could incorporate that or any other organizations,” Odufuwa said. “And so I just spoke about how I focus more on the minority population of Millikin, just because that’s just who I connect with.”

Another essay had to be about how she is involved on campus and all of the things she does.

Odufuwa is a member of Black Student Union, Latin American Student Organization, and is involved in a few other student organizations that share similar values.

“[Study Abroad] is something that’s doable, you know, and something that, that you should and that you should want to go out and do like just to get out to a different place like, some of us, we were born here, and we stay here,” Odufuwa said. “This is all we know. So when we see other things, like, we see how other people react to certain things and how other people live their lives and sometimes it’s a shock to us. And that’s where intolerance and ignorance, hate, all of that–that’s where it comes from, because we don’t experience how other people live. And in a way, you can say it’s not your fault, but then it is because I mean, like this, there’s possibilities. You can take a chance. I didn’t know I would get [the scholarship], but I knew it was something I wanted to do.”

Odufuwa has wanted to study abroad for a long time, but COVID-19 put up barriers. Few U.S. citizens can travel to other countries. Even fewer can obtain student visas.

She originally wanted to study for a whole semester in Argentina, but her plans changed to perhaps a summer immersion to Spain, and now things are more uncertain.

She is still dedicated to going abroad, though, because it will help her with her future career in law.

Her immediate goal is to learn Spanish. Her long-term goal is to use the skill to represent her future clients.

“I like the language, I like the culture,” Odufuwa said. “So I thought it would be helpful to consider me like a lot of Spanish speakers in America.”

Odufuwa wants to learn more than just Spanish. In fact, she’s anxious to become more fluent so she can finish learning Yoruba, which she considers to be her native tongue because her family speaks it, and then move on to Arabic and Hebrew.

that may have a hard accent or someone is speaking broken English and we’re just like, ‘Oh no,  let’s avoid them.’ Like, no. You can work with them.”

Odufuwa wants to represent the underrepresented. If COVID-19 has put up barriers for her to study abroad, it has strengthened her resolve to do what she believes.

This also has to do with how her hometown friends in and around Chicago have struggled greatly due to the pandemic and social strife.

“I know personally I have a lot of friends that had to resort to other things, and unfortunately one of my friends actually get caught, so get arrested and…it’s a small drug charge, but it’s like, okay, that’s a reason why I started…being raised around that type of environment and seeing people, like close friends, going down and necessarily being put in the system,” Odufuwa said. “Not willingly. I mean, you could say they willingly went out and did what they did, but to a certain extent, they were in situations where that was literally the only option that they had.

“So it’s like, seeing that and seeing the system change them after being away when it’s supposed to be rehabilitation. It’s far from that, like, people go in, they come out, and there’s no reconnection back to the real society. So it just messes them up. The whole thing just goes into the whole generational oppression and trauma. So yeah, basically, over the summer, it was worse. A lot of people lost their jobs, with the rioting and everything. The first one in Chicago was really bad. I know, after they went downtown, they were in their own neighborhoods, literally.”

Odufuwa’s wildest dream is to be a Supreme Court Justice. Naturally, she wants to start her ambitious path by becoming a lawyer–a lawyer who can represent as many people as she can.