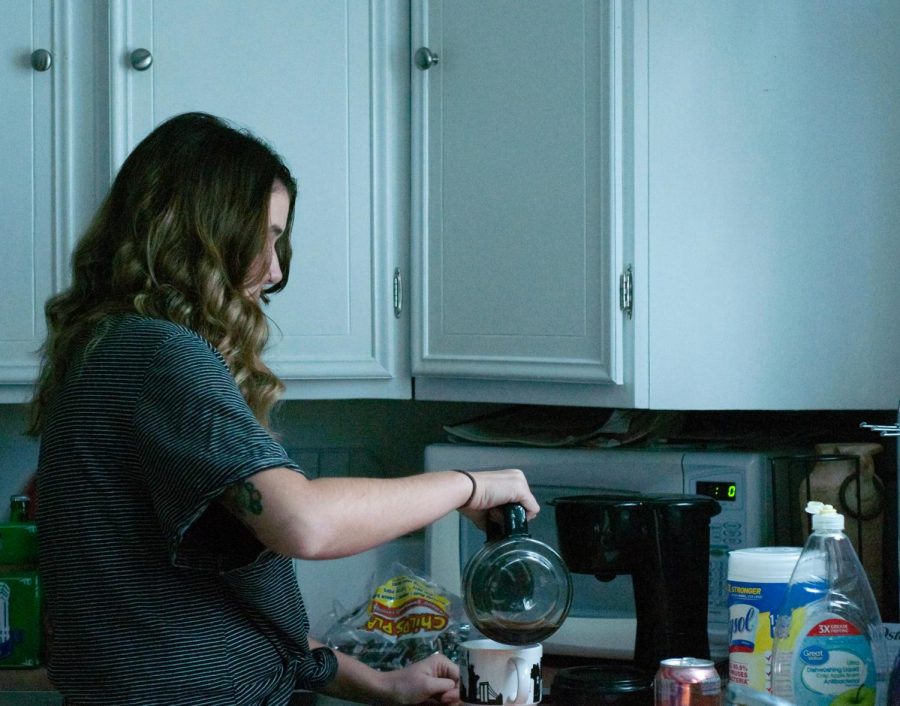 Ally Hotwick, a junior nursing major and a “live-out” member of Pi Beta Phi female fraternity, stands in her kitchen in Decatur, Illinois, brewing coffee on a foggy Thursday morning.

She’s reflecting on a new reality, one that will affect how she lives her life in the coming weeks.

Millikin released a flurry of announcements in the past few days about the COVID-19 pandemic. We have learned that, though all university housing facilities will be open to residents, all non-residents are barred from entering dorms or Greek housing.

This development has the potential to cut pre-spring-break plans to pieces for several organizations—especially, though not surprisingly, Greek ones.

“I feel like it is getting more and more serious all the time,” Hotwick said. “I don’t know. I’m worried about how the semester is going to go from here because I feel like if one person brings it back from their spring break trip, we’re all kind of susceptible to it. But I’m also worried about what [Pi Beta Phi] is going to do. I mean, I did pay to be in this organization. Also all of my classes. It is kind of scary.”

Greek housing closing to non-residents is a step off-track and into a state of uncertainty. COVID-19 now seems much closer to home than before.

“I saw [the announcement] last night on our Facebook group,” Hotwick said, referring to a post an exec member of Pi Beta Phi made on the organization’s private Facebook group. “It basically said that the house is going to stay open for people who live in the house—but I do not live in the house. So, formal dinner was cancelled and they said they were still looking on all the other events that are coming up…what we’re going to do.”

This announcement came in the short hiatus between recruitment and several weeks full of a lot of planned activities. No specific decisions have been made about how to carry out Pi Beta Phi chapter meetings or events.

Hotwick, along with over 20 other students, are among some of the Pi Beta Phi members who received “Littles.” These members have been working over spring break to create gifts for their sisters. This is one of Greek Life’s most cherished practices. Now, even delivering the gifts could potentially be viewed as a safety risk.

That is nothing compared to how Pi Beta Phi might need to shift-gears regarding their philanthropic event “Green Eggs and Ham,” which welcomes people in the community to eat at the Pi Beta Phi house.

“We have our philanthropy event not next week but the week after, and that can be a big issue,” Hotwick said. “I’ve sold these tickets so I have people who plan on coming and eating at the house.”

The question still remains: will it be enough?

Hotwick hopes that Millikin leaders are really sure about what they are doing. Even returning to classes next Monday seems to be counterproductive to its own precautions, especially when several institutions are taking even more drastic measures.

“Everybody is in a panic,” Hotwick said. “I think that everyone taking a little time off would be good for everybody.”