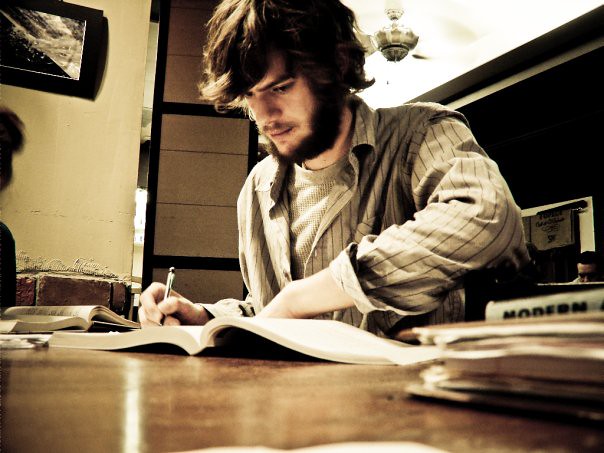 If you grew up in the early 2000’s like me, you most likely spent your time watching Nickelodeon and Disney Channel. And if you are like me, you spent hours watching shows like the iconic “Ned’s Declassified School Survival Guide.” However, for all the older people or those grew up living under a rock, who are probably thinking to themselves, what is she talking about? At the bottom of this article you can find a short synopsis on what the show was and what Ned’s school survival guide was.*

Here I am, the Ned Bigby to college freshman. Your average, anxiety ridden, just-trying-to-figure-things-out, fresh-outta-high-school student. Through the ups-and-downs of my freshman year, I somehow survived and, some may say, thrived.

Either way, I got my crap together and made it through my first year of college. Now, to you incoming freshman, I am here to pass my wise words of wisdom or as I like to call it: me rambling for the next 650 words.

As a freshman, I worked two jobs, was a fulltime student, joined a sorority, and still maintained a social life. You could say I was an overworked freshman. Aren’t we all? By the end of my freshman year, I had already switched my major once and taken on yet another job.

My freshman year ended up being nothing like I expected. You know when your high school teachers would say stuff like: “You can’t get away with that in college,” or “They’re going to expect a lot more from you next year”?

Well, that is not exactly true.

Here are a list of some do’s and don’ts to help you through being an overworked freshman at Millikin. “Jeana’s Declassified College Freshman Survival Guide,” if you will.

-Do talk to Chef: under all his sarcasm he is a genuine person who cares for the students.

-Do go to the cookie party around Christmas time, 10/10 would recommend.

-Do consider getting an on-campus job. It is a great way to meet other students and get to know some faculty members.

-Do use all of the flex you have. Even if it means buying coffee every day at the end of the semester to make sure you use it all.

-Do attend as many fun events as you can. Some of the best memories are made there.

-Do take as many naps as possible. It’s the first time since kindergarten you have time to take a nap in the afternoon.

– Do self-care. I am not sure if that grammatically makes sense, but do it.

-Do make sure you have a Facebook. I did not have one until my freshman year, but it’s important for staying up to date in groups and clubs.

-Don’t be afraid to drink coffee every day, sometimes twice or thrice a day. (Starbucks and Einstein’s really come in handy).

-Don’t touch the big M statue out in front of Shilling. Rumor has it people pee on it.

-Don’t overload any of the elevators. (There have been occasions where people have gotten stuck).

-Don’t let anxiety, depression, eating disorders, or whatever you’re dealing with dictate your life. You can handle whatever comes at you.

-Don’t make assumptions toward Greek Life because of what you have seen in movies or television shows.

-Don’t ever, ever, ever leave your car unlocked, if you have one. Mine was broken into twice and they got away with my whole jar of change.

-Don’t walk alone late at night. Decatur can be sketchy.

College is like high school, but with more coffee, more naps, fewer mean people, and more responsibilities. What you put into Millikin is what you get out, so maybe it’s not so bad being an overworked college freshman in the end.

I had many fun memories and my classes challenged me and forced me to step out of my comfort zone.

I am not saying lots of Spanish facilitation labs, enhanced annotated bibliographies, and lab reports are fun. However, you should make the most of every class you take.

Millikin University may be no James K. Polk Middle School, again see below if you still have no idea what that is. Hopefully these tips will get you through your first year of college without being a mess like me.

*”Ned’s Declassified School Survival Guide” was a Nickelodeon television show. It aired from 2004 to 2007. The show followed Ned Bigby, and his friends as they struggled with (at the time) relatable middle school drama. Bigby created a survival guide featuring tips and do’s and don’ts to cope with the ups and downs of being a teenager. While the show ended in 2007, it is still referenced today as a part of “meme culture.” If you do not know what meme culture is then google it. I do not have enough words to explain.