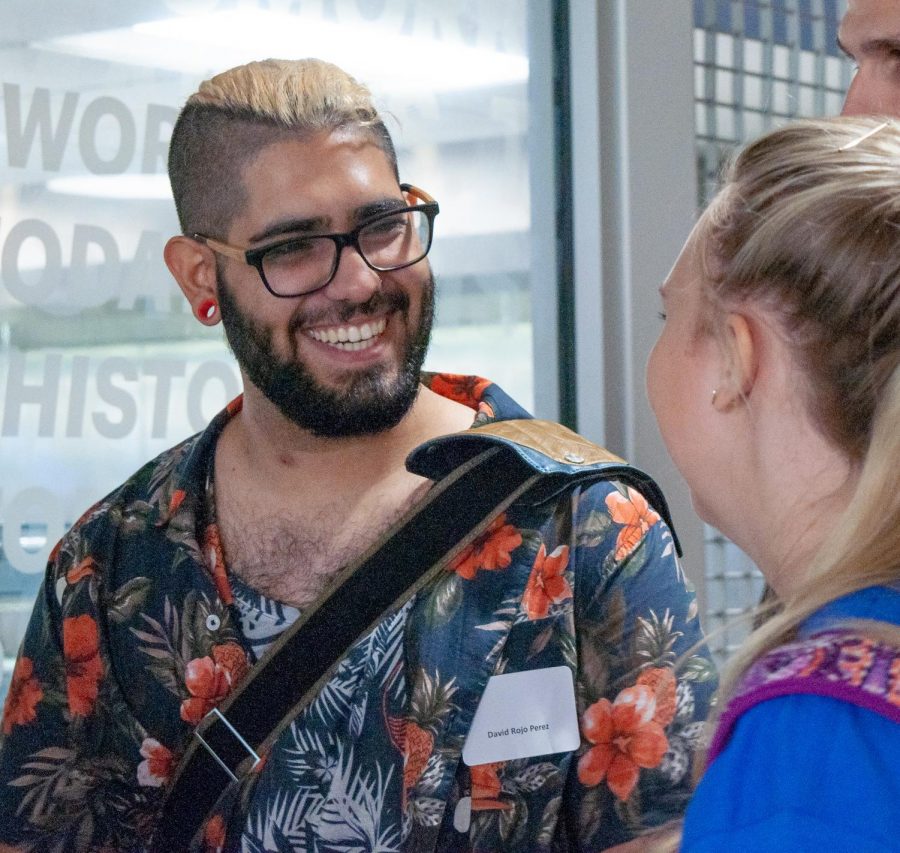 David Rojo Perez had always wanted to visit the United States. In historic and present times, people from all over the world have travelled to the United States in order to gain freedom and more opportunities. They leave their old lives behind and start brand new ones. Senior Communications major David Rojo Perez is among those people who had the same dream.

Growing up in Seville, the capital of Andalucia, Spain, Perez needed a change of scenery from his mundane life. After living in his city for twenty-three years, he felt it was time for him to leave his country and travel across the ocean to the land of opportunities. “I don’t feel like I belong to that place,” Perez said as he puffed on his cigarette, looking out into the night sky. “I don’t feel like I belong to any part of the world, and I want to live everywhere I can.”

This is one of the reasons why he is happy to have chosen Millikin to study Communications for a semester. “This is a really good opportunity for me and the possibility of me being here is one in a million, and I had to take it,” he said. In the process of coming to Millikin, he did a lot of research to decide if this was a chance worth taking and he is really happy with his decision. He does not take this opportunity for granted and has enjoyed his experience of being in the United States and being a part of a small Midwest university.

He has only been in the U.S. for a few weeks, but he already feels at home and is extremely inspired by the colors and culture that is drastically different from his own Spanish culture. He thinks America has more vivid colors and styles compared to a darker tone of colors used in Spain, which is why he is inspired to do more and be more. “I also get inspired from everyone I talk to,” he said about the diversity around Millikin. “Everything I see turns on my creativity.”

One of Perez’s many talents is photography. He has been interested in photography since he was a little boy. His mother was his muse to try it out since she loved photography, even though she was not a photographer herself. She had a DSLR camera that intrigued him and made him want to get involved. Once he started to take photos, he could not stop. He loved it.

Having the ability to capture in the moment is one of his favorite aspects of photography. “I love photography because it makes me think, but in a way that I can enjoy it,” he said. He uses everything he has been taught throughout his life to capture beautiful photos, especially portraits, which are his favorite photos to capture. “Taking a photo of some people that have a context is so beautiful. You get to capture what you see in them into the camera and it’s forever. It’s really cool to be able to do that.”

At Millikin, Perez is a part of the Decaturian staff as one of the photographers and he is excited for his photos to be printed and seen by the community. He also plays music and used to be in a band back in his hometown.

He has learned a lot so far being on the other side of the world. His experience has been everything he imagined and more. He is looking forward to all of the different opportunities that are right in front of him once he graduates.

For the future, he would like to keep going to school because he loves to learn and wants to do everything he can to learn the most. He’s keeping his options open and will enjoy the ride of his life being in this new country that is starting to capture his heart and inspire his dreams.