An American Girl in London 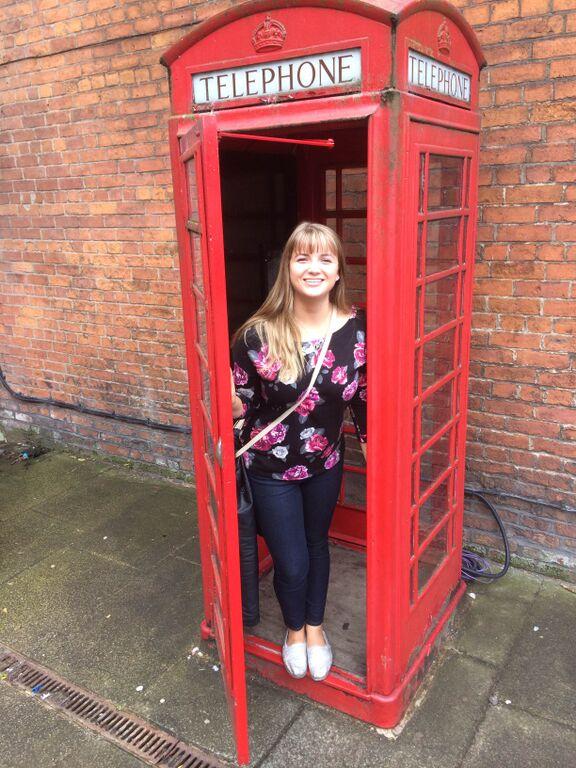 The best way to describe the feeling is dreamlike. If at any point I was to wake up and find myself in Decatur, I wouldn’t be all that surprised. Thankfully, I still have two and a half months of adventure left.

I guess it’s just hard to believe that I’ve been to so many incredible places in only a month’s time. There are numerous amazing opportunities to indulge in the rich history as well as the current happenings that England has to offer. One such opportunity I haven’t really discussed yet is the multitude of professional plays I’ve been attending. So far, I have been to six different theaters and seen 10 different plays that varied in subject, time period and playwright. London is the perfect place to see not only timeless classics, like Shakespeare’s “Measure for Measure,” but new and innovative plays, like “Octagon,” “Eventide” and “Pomona.”

One of my favorite parts about seeing these shows is the different types of theaters I get to experience them in. Some theaters were massive, while some were teeny-tiny. Some used quite a bit of special effects and sounds, and some simply had a lighting plot. Even the seating in each venue was different. At the Shakespeare Globe Theatre, I got to be a “groundling” and stand in the pit for the performance. The lighting was set up so that everyone in the audience was able to see one another and gage their reactions to what was happening on stage, just as the audience in Shakespeare’s time would have.

In exact opposition, at the National Theatre, I got to watch the show in traditional darkness from the comfort of my own chair. Each theater provided a truly unique experience that catered to the kind of audience they had.

Something else I really love is that each play we’ve seen has dealt with different subjects. Morality, sex, race, religion, fear and discrimination are just a few of the topics these plays focused on. Most of them posed incredibly hard questions, ones with no seemingly right or wrong answer. They really made me think about my own views and why I think what I think. I enjoy works that challenge me, and every play I’ve seen so far has done just that.

All of this was completely and utterly new for me. The closest thing I’ve seen to a professional play was Millikin’s production of “Tartuffe” in 2013. I was very excited to learn that we would be seeing about twenty-five professional plays around the city of London. London is such a hub for theater, so I knew I could expect phenomenal productions no matter where we went. The first play we saw, and my very first professional production, was “1984” at The Playhouse Theater.

I was so blown away by not only the acting, but the extremely advanced special effects and lighting techniques. Sure, I very well could have been an easily impressed audience member since it was my first play, but after discussing the play the next day in class with eighteen theater majors, I knew I wasn’t the only one who was dazzled.

Studying abroad is all about being bold and trying new things. While I have been to plays, I have never seen anything of this caliber, and probably wouldn’t have if we weren’t going for class. Not that I wouldn’t want to, but it has never been very accessible to me. I also get to see shows I wouldn’t normally go and see, which is great.

Learning new things and considering different viewpoints is important in order to be a more well-rounded person. I’m happy that this trip has allowed me to expand my horizons in such a unique way.