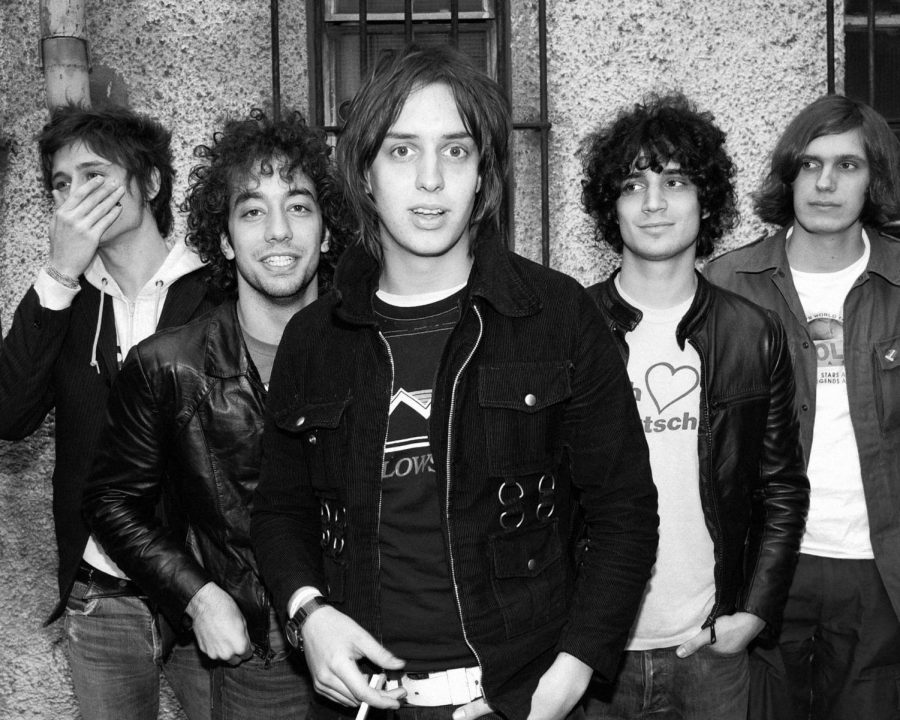 After a nearly seven-year hiatus and the development of frontman Julian Casablancas’ new alternative rock group The Voidz and guitarist Albert Hammond Jr. going solo, The Strokes find themselves in the midst of rejuvenation in the ever-changing indie-rock scene.

From starting out in the late 90s and debuting in the early 2000s, The Strokes became rock’s biggest hit with their debut Is This It released in 2001. With alt. rock classics such as “Someday” and “Last Nite,” the quintet began their road to stardom and eternal rocking bliss.

The group found themselves inclined to put the magic together once again after a break apart. With spirits supposedly in “dark times,” according to Casablancas, The Strokes found themselves put together nicely and quite possibly their best-sounding since their debut.

The New Abnormal was titled way before today’s pandemic crossed the stage yet the new LP’s name aligns with so much that’s occurring throughout the world today. Maybe, The Strokes predicted what could be?

With a sound that’s familiar yet somewhat jumbled up with Hammond Jr.’s slamming-pop-punk style intertwined with The Voidz’s groovy electronic, Indie pop-rock fusion mix, the group’s sixth studio album feels polished and complete. The Strokes have spent years upon years developing this unique, alternative sound and have quietly gone about and have done that.

“Brooklyn Bridge To Chorus” may be their best groove in years and Casablancas’ vocals soar over the Eighties-esque synth lines grounded up with a low-key, smelting guitar riff in the middle of the tune. Casablancas pleads “I want new friends, but they don’t want me/They’re making plans while I watch TV/Thought it was them, but maybe it’s me/I want new friends, but they don’t want me”. In all the friendly madness, Casablancas asks where all the Eighties band went and ultimately tolerates their demise.

The Strokes’ sixth studio record features a complete sound accompanied by the slickest grooves that this quintet of white rockers has ever established.

“At The Door,” the group’s first single for the new release contains open-ended synth lines mixed with Casablancas’ mid-range belting that captures these introspective lyrics at its finest. Casablancas slips these lyrics of hard-thought into existence: “Hard to fight what I can’t see/Not tryna build no dynasty/I can’t see beyond this wall/But we lost this game/So many times before”.

The Strokes have always been keen to symbolize their influences, but true introspection becomes hit or miss throughout the band’s catalog. Yet The New Abnormal signifies this tale of deeper meaning and questioning for the person who sings them rather than the fans’ interest.

The record, itself, seems to have this double-sided feeling of being for the band more than the listener.

A Billy Idol fever strikes in “Bad Decisions” with a nod to the classic “Dancing With Myself” as this let’s go round and round guitar riff strikes up Casablancas to howl “I’m sitting with you/Moscow 1972”. The extreme Eighties-sounding groove captures the simplicity of the records’ decadence and the quoting of legends to come before.

The recent release has this edge of older, more put-together knowledge and sense of mind wrapped into each chorus. The lyrics in “Why Are Sunday’s So Depressing” scramble between the past and Casablancas’ different views on life. The bridge fizzles into the outro as the group’s frontman assures that he’s “staying hungry/I’m staying hungry/Not getting angry/I’m staying hungry”.

“Selfless” is described by Ella Kemp of NME, as a “daydream, opening with a waltzing guitar, and there’s plain but piercing romance in Casablancas’ lyrics. Kemp’s perspective hits spot-on as Casablancas towers over the instrumentation subtly yet so swiftly.

The new record by the alternative rock fivesome indicates their maturity and rise throughout the music industry.

The Rolling Stone’s Jon Dolan writes about this “casual vibe comes through during the 15 seconds or so of studio banter that end “The Adults Are Talking”. The tune represents a bass-centric mentality with peppy snare drums and a lowly muffled Casablancas. By breaking his usual norm right off the bat, Dolan’s original idea of casual and laid back vibes from The Strokes becomes evident in this new record. The latter tune’s groove is a dimmed down protest to past studio executives and higher-ups that have pissed off the likes of the group’s strong attitudes towards their music.

The New Abnormal proves to be The Strokes’ own ode to themselves rather than their fans. Each tune carries an epiphany of self-fueling wisdom or a strike towards their past duels and begs for their maturity to be of assistance. The Strokes use this newfound, calming persuasion to commit to their finest work since the early 2000s alternative rock age.