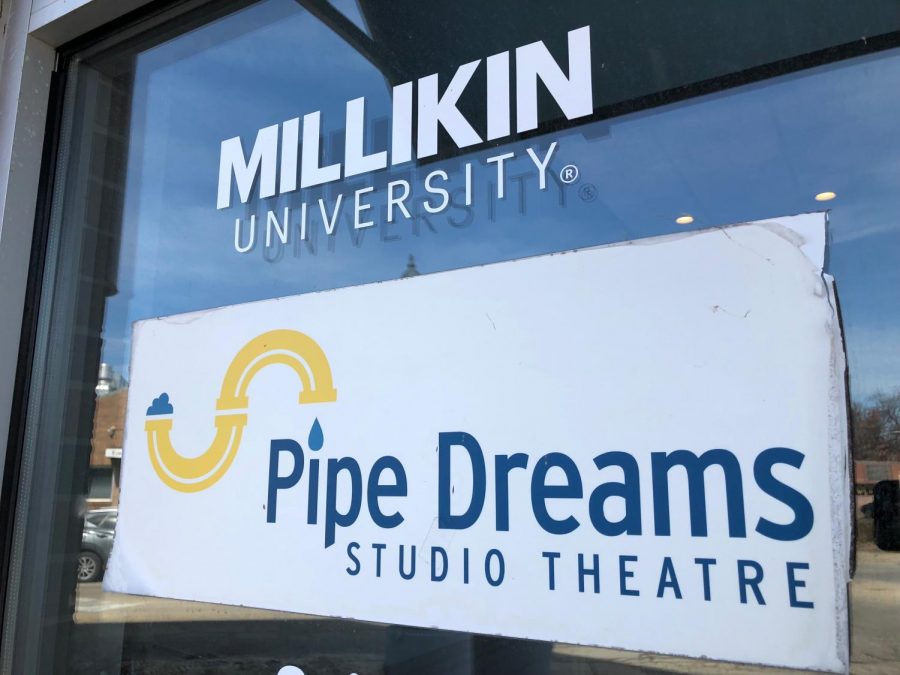 Sex and secrecy promise to run the show during Pipe Dreams Studio Theatre’s production of “Cruel Intentions: The 90s Musical.”  Directed by Shawn Foote and set to a 90s playlist, this musical deals with themes of manipulation, intimacy, and love.

“There’s a lot of heaviness and a lot of lightness to the show,” Liz Atchley, a sophomore theater major, said.  “Especially with all 90s music, it gets people jumping, but it also brings you back down and kind of shows you the good parts of humanity and the bad parts and how they can find each other at the wrong times and what a disaster that can be.”

The story follows stepsiblings, Kathryn and Sebastian. They make a bet over whether or not Sebastian can seduce Annette, a new student who publishes an essay about her decision to wait until she’s married to have sex. If Sebastian fails, he’ll give Kathryn his Jaguar. If he succeeds, Kathryn will sleep with him. Things get even more complicated when manipulation gives way to love.

The musical is based on the 1999 movie “Cruel Intentions” starring Sarah Michelle Gellar, Ryan Phillippe, and Reese Witherspoon. It had a successful run in theaters and grossed $76 million.

The musical’s book closely follows the movie, and the dialogue is almost verbatim.  But this jukebox musical also incorporates music from the 90s, including songs like “Genie In a Bottle” by Christina Aguilera and “I Want It That Way” by The Backstreet Boys.

“I’m just excited to see how people like what’s different about what we’re doing and what we kept the same,” Nathan Gallop, who plays Sebastian, said. Gallop is a freshman musical theater major, and this will be his first big show at Millikin.

Over the last month in rehearsals, the cast has grown close. Their offstage friendships have helped them to develop the chemistry and intimacy that their characters experience onstage.

“It’s like a dream team,” Atchley, who plays Annette, said.  “Everybody is just so perfect for where they’re at…We just all connect very well and we’re very open with each other, which just allows us to dive deeper into the show, which is super cool.”

As the actors analyze the musical, they have made many interesting discoveries about their characters.  For example, Gallop and Atchley have spent a lot of time working together to dissect the relationship between their characters so that they can find the most genuine way to show their connection.

Kelsey Crotz, who plays Kathryn, has also looked deeper into her search to connect with her antagonistic character.  She says that Kathryn’s feminism helps her relate to her.

“I think for every character you play, you have to try and find aspects of yourself in it,” Crotz said.  “It’s never good to play the bad guy as the bad guy. There’s always something of yourself that you can throw into it to make it yours and make them seem like more of a person…No one’s one hundred percent evil.  No one’s one hundred percent good. And I think that can be said for any of the characters in ‘Cruel Intentions.’”

While the characters and relationships might be complicated, the actors agree that their friendships with each other are not.  They enjoy spending time together, and they often have to pause rehearsal because they’re laughing too hard at some joke or funny moment.

“Since we are all students, it’s kind of fun because we all can be friends with each other but also have that professionalism there,” Gallop said.

Even though the actors often laugh in the comedic moments of the show, it has some heavy themes.  Atchley and Crotz both commented on the emotional strain that they feel during darker scenes. They try to make sure that they aren’t carrying the stress with them after rehearsal, and they rely on their castmates to help them.  After a particularly draining scene, Crotz said that the rest of the cast hugs her when she comes backstage. Moments like this help her to shed the weight of the show.

Such collaboration and connection is a major part of both this production and Pipe Dreams itself.  Pipe Dreams is Millikin’s student-run theater company. Crotz and Gallop will both make their Pipe Dreams debut in “Cruel Intentions,” and they have enjoyed working exclusively with other students during the production.

“I’ve really loved it because it really felt like we’re all artists, and we’re all working on something collaboratively, and we’re wanting it to be the best possible product that we can while still taking into account a lot of different people’s opinions and really trying to create something that everyone loves and everyone’s attached to,” Crotz said.  “I’ve really enjoyed it.”

Dark themes, subtle jokes, and 90s pop saturate the show.  As they approach opening night, the cast and crew are excited to share their work with audiences.

“The music is so fun, and the story is really beautiful and heartbreaking, so I’m just excited for everyone to have fun and jam out with us,” Atchley said.  “We’re having fun, so we want everyone else to have fun, too.”

“Cruel Intentions” will run at Pipe Dreams for 12 shows from March 19 through April 25.  Tickets are on sale now at pdtheatre.org.