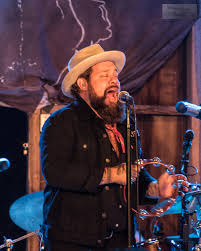 People fall in love and complete one of the most precious tasks by getting married. So many of those once-beloved couples end up conducting new chapters as they split into their separate paths. For Nathaniel Rateliff, love failed.

That was just the beginning.

Every being experiences death at one point or another whether it’s close or far from them. Rateliff’s luck failed once again as his longtime friend and musician-producer, Richard Swift, passed away.

After his soul-infused funk records with the Night Sweats, Rateliff finds himself tackling the solo side again with his record, “And It’s Still Alright.”

The album encapsulates moods of somber, desolation, and lowliness. Throughout changes in fervor and within Rateliff’s rich vocals, songs like “Tonight #2” delivers a feeling of sorrow and questions the inner-workings of the unfortunate events around us.

Rateliff showcases his raspy yet sulky baritone vocals with his acoustic guitar throughout the record.

As his now Coloradoan home has snuck its way into his music, we can feel the comfort of the Rocky Mountains in each tune.

Rolling Stones’ Jon Dolan connects “Rush On” with a “Leonard Cohen-esque vocal cadence with his own welcoming Rocky Mountain warmth.” The tune is bleakly central to Rateliff’s state of consciousness. His wailing vocals dictate hushes of acoustic silence.

“Time Stands” features flourishes of a beckoning of reconciliation intertwined with backing instrumentation that captures this sense of flushed emotion. Rateliff’s growling vocals howl over the hollowed instruments as a settling of somewhat ease takes place.

In “For a moment I could wait to see it fall apart/Every empty bed in every city I’ve ever been/I sit and contemplate all the moments you said/Time stands in a duel and I stand for you,” Rateliff effortlessly tackles intricate topics of his personal life and delves into insecure moments of grief and disbelief.

On the upside, “What A Drag,” the record’s first track, signals a light of relief. Snaps and claps generate a spark of countered delight.

“Expecting To Lose” features twangy elements of blues and features Rateliff’s grumbling, tiresome vocals among all the “doo, doo, doo”s.

Style changes fluctuate from top to bottom yet tunes seamlessly flow from one to the next as Rateliff climbs throughout his range and experiments with hushed acoustic settings in the songs, “I recall a time, you were mine/And all the time you bared your teeth/Was always just a smile for me.” A sentiment of heaviness settles into this thin air of ease as lyrics from “Mavis” reference times of past enjoyment as Rateliff reminisces and riffs on good times.

This simplistic, melancholic album drives emotions of pain and frustration as Rateliff begins a discovery of something new yet constantly recalls moments of grief and ultimately chooses paths of rigor.

“You Need Me” plays a mind game within Rateliff’s self and his ex as the bare-boned lyrics cut deep.

Rateliff also cackles at the idea of being duped into believing it’s real with the lyrics of “Now don’t you try to fool me when you’re dumb you don’t fear as much/If it’s gonna be that simple, I’d rather do it drunk.”

The title track, “And It’s Still Alright” plays into this consensus that everything will be okay in the end. With a hard head and a stubbornness for the ache endured, Rateliff pinpoints a realization of content.

Rateliff seems to start out with solace and resides in a place filled with light delight but leads his path into a land where all he does is care.

“Kissing Our Friends” deems the album somewhat successful as Rateliff opens up about isolation and grooms over the idea of returning to the past.

Throughout “And It’s Still Alright,” Rateliff creates a record drenched in tears, doubt, and what-ifs, but realizes to his disbelief that change has been instilled amongst epiphanies of acoustic guitar riffs intertwined with casual calls for help, and an echoic howl that resonates from within.