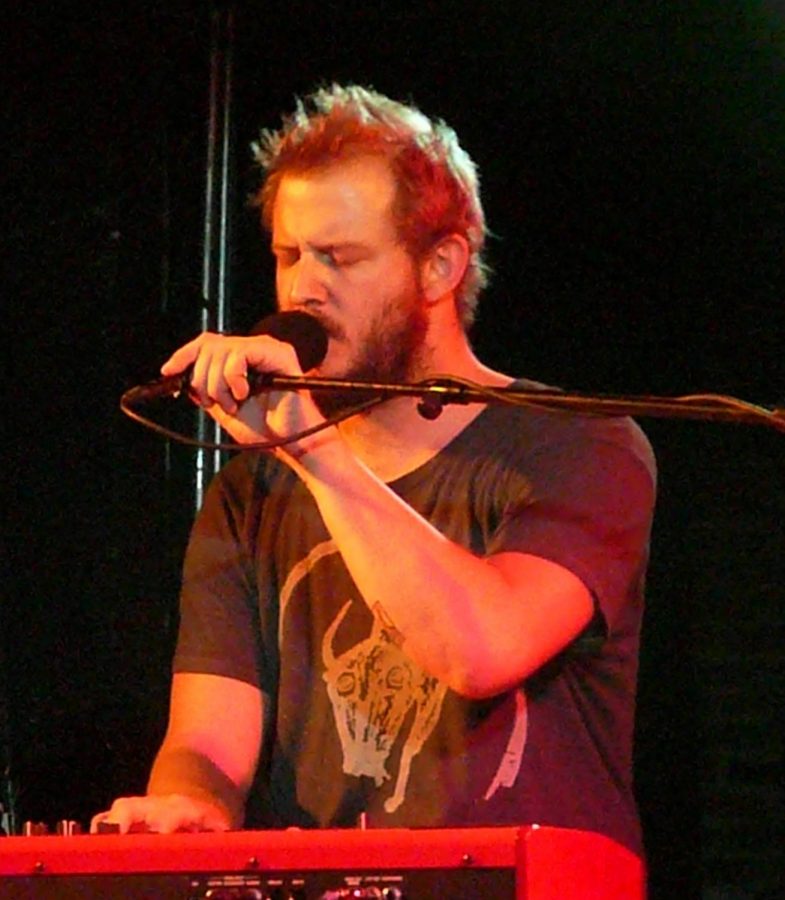 The music industry is growing every day. There is so much music being produced all the time. The big challenge is standing out. All artists and producers are always trying to think of, “What hasn’t been done?” and “What can I do to make a big mark on the constantly growing music industry?”

Luckily, Bon Iver figured it out. Their music is so different, and it truly stands out. They know how to touch your heart with their cluster chords, buttery tone, and musical genius. Bon Iver is a band that everyone should know. If you haven’t heard of them, give them a listen; it will be worth it.

Bon Iver is an indie-folk band that was founded in 2006 by singer-songwriter Justin Vernon. They originated in Eau Claire, Wisconsin, and the band alternates members frequently. They are mostly known for producing indie-folk, art pop, and folktronica music.

The name Bon Iver was derived from an episode in the TV series “Northern Exposure,” where Alaskans were greeting each other with the words “Bon hiver,” which translates to “good winter.” Vernon, the leader of the group, didn’t like how “hiver” reminded him of “liver,” so their band name is Bon Iver.

Bon Iver was awarded Best New Artist of 2012 and Best Alternative Music Album in 2012 and 2017. They currently have four albums released, which have been extremely successful.

The band’s first album was “For Emma, Forever Ago,” released in 2006. During this time, the band only had four members. Vernon and Mike Noyce did guitar and vocals. Sean Carey did drums, keyboards, and vocals. Matthew McCaughan played the drums, bass, and vocals.

The album was recorded with a small setup, yet it is still so empowering and magnificent. The album was released by Vernon until they were discovered, and they soon signed with the indie label Jagjaguwar.

Vernon is an incredible musician. He records vocals and listens to them over and over again until he comes up with words that match the vowel of the melody.

This is absolutely fascinating. He allows the music to speak to him. He’s listening for what the music has to say to him. This is why his music allows people to feel so deeply. His music provides such a heartwarming reaction.

The band’s second album, “Bon Iver,” was released in June 2011 and consists of 10 songs. Each song on this album represents a different place. It was recorded in a veterinary clinic in Fall Creek, which is owned by Vernon and his brother.

This place had so many childhood memories in it, so they turned it into a recording studio to be able to record in a place that feels like home.

Their third album, “22, a Million Era,” was released in 2016 and was a big shift for the band. The album took five members to complete.

After announcing the break of the band, no one was expecting to hear from Bon Iver again until they came out with their third album, which took everyone by surprise. This album is by far the most powerful. The album includes deeply felt songs about uncertainty.

Their fourth album, “i,i era,” was released in August 2019 and took six members to complete. They released a documentary about the album to introduce it, and not much has happened with the group since. However, Bon Iver recently announced their 2020 tour to Asia and Europe. Tickets can be found on their website.

Bon Iver is such an intelligent band and has some seriously life-changing music that you should check out. They have worked so hard, and Vernon, the founder, and leader of the group has put so much personal feeling and emotion into these albums.

If you haven’t already, go check out Bon Iver!