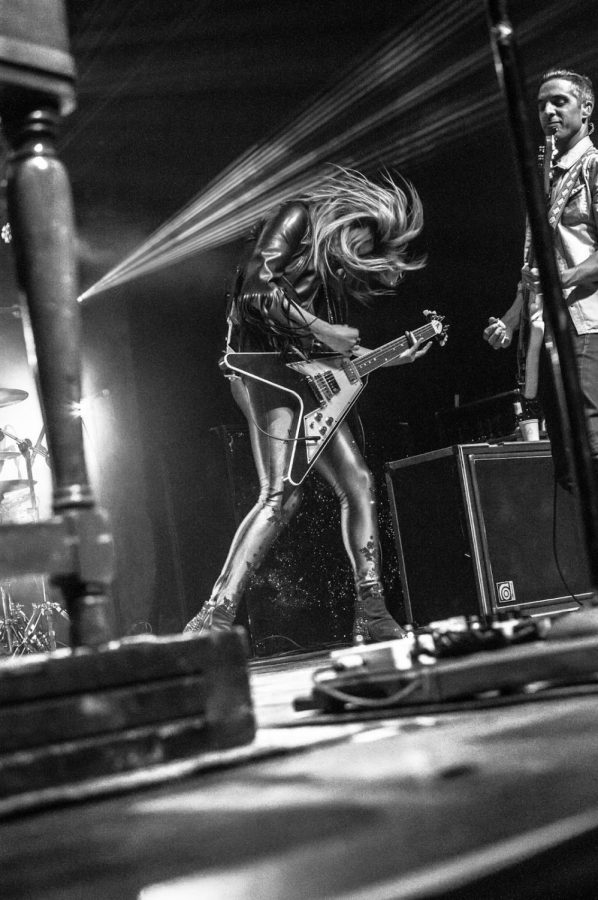 With the release of her critically acclaimed 2015 debut, “Midnight,” Grace Potter found herself amidst rocky times as she pondered whether another record would ever be in her future. After an ensuant divorce and the ultimate demise of her band, Potter found herself in aphotic times. Will a light shine from the darkness?

For Potter, life moved towards a positive direction as joyous events arose with a new marriage and the birth of her first child. Eventually, Potter began to write again, but declared to never share her songs with the world.

The independent Vermont-born artist didn’t have any pressure to appease higher ups without a record deal and had the ability to carve out the tunes at her own pace. Before she knew it, “Daylight” was coming to life and light. Potter describes it herself as “about being able to take complete ownership of your feelings, without any anger or hate or shame. And that can be absolutely terrifying– but once you get to the other side, it’s exhilarating.”

Coming off major life changes and depressive symptoms, Potter’s resurgence to the music scene comes with major style changes, a new sense of tone, and a mature voice.

Filled with folk qualities, hints of pop, and the underlying groove of light rock, Potter captures the record with an infectious loving record. Showcasing her newfound sense of living and her miracuously enlarged heart with tunes such as “Love Is Love” and “Everyday Love,” Potter offers a keen perspective into her re-emergence.

Compared to the vast amounts of love distributed throughout the record, Potter offers deeper personal connections with “Every Heartbeat” and “Release” as she dives into the birth of her child, new romance, and the pressures that life brings with everyday’s struggles.

Offering a balance between the topics of love, struggle, and new findings, “Daylight” provides a variety of emotions as “Desire” hisses its way into the picture with a groovy head shaking beat and contagious melodies. While, “Shout It Out” counteracts “Desire” with a steady groove, elegant harmonies, and a message that speaks for all.

Featuring Lucius, the quartet with two alluring Berklee College of Music voice majors as frontwomen assists Grace Potter in tackling life changes in “Repossession” and adding gorgeous backup vocals to the catchy upbeat and odd take on the ballad, “Please.”

“Daylight” contains mixes elements of folk music along with her original sound of light rock and a few cases of pop into one overall fusion of catalytic sound. Grace Potter outdoes herself on this reflective memoir that isn’t afraid to embrace love, bring up sorrowful topics, and discuss the desire of longing for someone.